Although millions remain jobless and layoffs continue, the latest data adds to evidence that distress is on the decline. 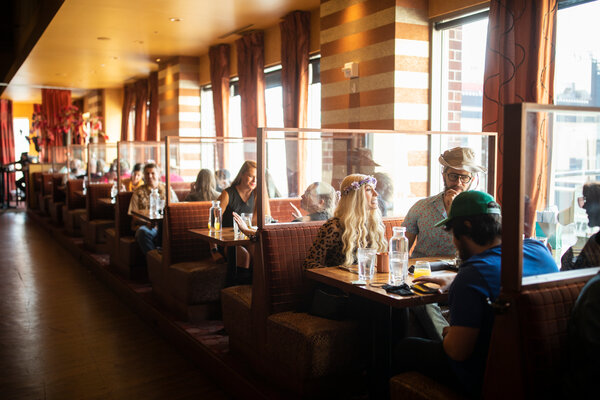 The second year of the coronavirus pandemic is starting with rising hopes for the economic outlook — and a long way to go.

Positive signs are emerging as restrictions on businesses lift and the pace of vaccine distributions ramps up. But millions remain unemployed, and many economists are cautioning that a return to pre-pandemic conditions could take months, if not years.

That reality became all the more evident on Thursday, when the Labor Department reported that a total of 709,000 workers filed first-time claims for state unemployment benefits in the week that ended March 6. Though the figure was 47,000 lower than the week before — and touching the lowest levels of the last year — it was still extraordinarily high by historical standards.

“The story week in and week out is that magnitude steals the show,” said AnnElizabeth Konkel, an economist at the career site Indeed. The report “really paints the picture of long-term joblessness,” she said, adding, “That is the reality for millions of Americans and is going to be a hurdle for the recovery to clear.”

All told, there are about 9.5 million fewer jobs than there were a year ago. More than four million people have dropped out of the labor force, a group not included in the most widely cited unemployment rate.

“We’re still not yet at the phase of the recovery where we’re seeing the floodgates open up,” said Daniel Zhao, senior economist with the career site Glassdoor. “I don’t think it’s quite fair to call what we’ve done so far ‘reopening’ because there’s still a lot of people who are out of work and a lot of businesses that are closed.”

Singapore's industrial land supply smaller for first half of 2021