When millions of workers were getting layoff notices last spring, Sharon McCown got something different: a raise.

Target, where Ms. McCown was earning $13 an hour stocking shelves and helping customers, gave frontline workers an extra $2 an hour in hazard pay in the early months of the pandemic. The company later raised starting pay permanently to $15 an hour, and paid out a series of bonuses to hourly employees.

The extra pay, combined with relief checks from the federal government and the forced savings that came with pandemic life, means Ms. McCown, who is 62 and lives in Louisville, Ky., will emerge from the pandemic in better financial shape than she was in before it.

“I did save quite a bit of money given that I wasn’t doing as I usually do, going out to movies, going out to dinner,” she said. “I would look at my bank account, and I was really happy with it.”

Workers in retail, hospitality and other service industries bore the brunt of last year’s mass layoffs. But unlike low-wage workers in past recessions, whose earnings power eroded, many of those who held on to their jobs saw their wages rise even during the worst months of the pandemic.

Now, as the economy bounces back and employers need to find staff, workers have the kind of leverage that is more typical of a prolonged boom than the aftermath of a devastating recession. Average earnings for non-managers in leisure and hospitality hit $15 an hour in February for the first time on record; in April, they rose to $15.70, a more than 4.5 percent raise in just two months.

President Biden’s administration is embracing those gains and hoping they shift power away from employers and back toward workers. And Federal Reserve officials have indicated that they would like to see employment and pay rising, because those would be signs that they were making progress toward their goals of full employment and stable prices. The stage is set for an economic experiment, one that tests whether the economy can lift laborers steadily without igniting much-faster price increases that eat away at the gains.

“Instead of workers competing with each other for jobs that are scarce, we want employers to compete with each other to attract workers,” Mr. Biden said in Cleveland last week. “When American workers have more money to spend, American businesses benefit. We all benefit.”

Data on pay gains have been hard to interpret because state and local lockdowns tossed people who earn relatively little out of work, causing average hourly earnings to artificially pop last spring. But when you look across a variety of measures, wages seem to be growing at close to prepandemic levels.

That came as a surprise to economists.

Earnings growth typically slows sharply when unemployment is high, which it has been for the past 14 months. Many economists thought that would happen this time around, too. Instead, paychecks seem to have been resilient to the enormous shock brought on by the pandemic: Wage growth wiggled or fell early on, but has been gradually climbing for months now.

“It’s not necessarily going gangbusters, but it’s just higher than you would think” when so many Americans are out of work, said John Robertson, an economist who runs the Federal Reserve Bank of Atlanta’s widely used wage growth tracker. Payrolls are still down by 8.2 million jobs, although that number could fall when fresh data is released Friday.

Even workers with less formal education, who have experienced the worst job losses and still face high unemployment rates, have seen pay accelerate this year as economies reopen and employers struggle to hire. That’s according to the Atlanta Fed gauge, which is calculated in a way that makes it less susceptible to at least some of the composition issues plaguing other wage measures. A separate, quarterly measure of overall compensation costs has also held up.

The data, while messy, match anecdotes. Reports of labor shortages in service jobs that are newly reopening abound, and surveys show businesses and consumers becoming more confident that employee earnings will increase. Job openings have been surging, and the rate at which workers are quitting suggests that they have some room to be choosy.

Many employers, particularly in hospitality, have blamed generous unemployment benefits — now set at an extra $300 per week — for encouraging workers to stay home and making it harder for them to hire. More than 20 states, all led by Republican governors, have moved to cut off pandemic unemployment programs before their scheduled September end date.

Republicans have warned that as employers lift pay to attract scarce workers, they may be forced out of business or pass along added labor costs in the form of higher prices. That could turn an inflation surge now underway as the economy reopens into one that’s longer lasting.

But Democrats and many at the Fed think the risk of a persistent and rapid acceleration in prices is smaller, and many of them are embracing the apparent increase in pay and benefits as a long-awaited opportunity.

The financial cushion of unemployment benefits and repeated rounds of relief checks from the federal government has given many low-wage workers more leverage with potential employers. That’s after decades of steady declines in workers’ share of the nation’s overall income.

“You’re giving those frontline workers a little more bargaining power because they’re not as financially strapped and they can make some choices,” said Julia Coronado, president of MacroPolicy Perspectives, an economic consulting firm. 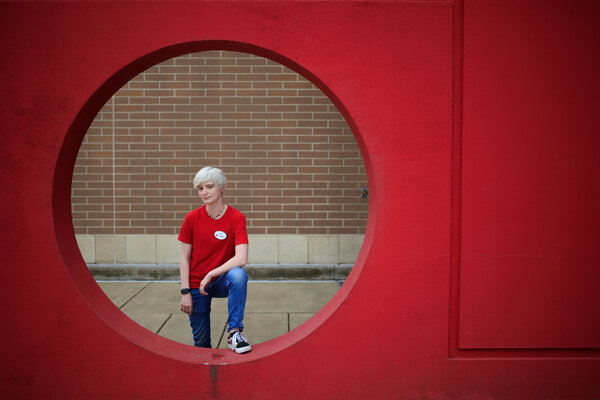 When Kentucky’s governor ordered most businesses to shut down in March 2020, Lake Shircliff kept his job. His sister, McKenzie, did not. But neither of them suffered financially in the pandemic.

Ms. Shircliff, who lives with her brother, was styling hair in a salon when the governor announced that nonessential businesses were closing. She applied for unemployment benefits after closing that evening, before she even left the salon.

“Thinking that I wasn’t going to have a job was pretty scary,” she said.

But unemployment benefits helped fill the gap, and when Ms. Shircliff’s salon reopened after Memorial Day last year, business was booming. The salon has been able to raise prices twice over the past year, which means higher commissions for workers. In the end, Ms. Shircliff, 25, earned nearly as much last year as the year before, even before unemployment benefits and federal relief checks. She ended the year with more money in her savings account.

“It just gives me more peace of mind,” she said. “Now if something really terrible happened it would not scare me like it would before.”

It is unclear whether today’s gains will persist, or whether they could slow as employers work through short-term hiring challenges.

“The psychology of this downturn was different,” said Michelle Meyer, an economist at Bank of America who thinks the trend could continue. Employees don’t expect pay gains to slow, since they look around and see employers hungry for workers, so they may continue to demand more pay.

“This cycle is in some ways a continuation of the last one,” Ms. Meyer said, referring to the record-long economic expansion in place before the pandemic.

But there’s a big caveat. If the millions of workers who are currently sidelined start searching for jobs, they could flood the market with a new supply of workers, holding back pay.

At its Taco Cabana and Pollo Tropical restaurants, Fiesta Restaurant Group is paying all employees an extra $1 per hour “just for the time being, to get us through this labor crunch,” Richard Stockinger, the chief executive, said in a May 13 earnings call. The company planned to raise prices to help cover the wage boost.

If higher pay is passed along through price increases, that carries its own risks. Faster inflation would leave those who were out of work worse off, and if it is severe enough, it could prompt the Fed to dial back its economic support policies. Abrupt policy shifts tend to cause recessions, throwing workers out of jobs.

But it is unclear whether businesses will be able to consistently charge more. Companies have struggled to raise prices for years because of increased competition from the internet and abroad and consumer expectations for relatively steady prices. Even in 2019, when unemployment was low and pay steadily rising, inflation remained calm.

If some firms choose to take the hit to their profits rather than scare away customers, wage growth could tilt economic power away from companies and toward the people they employ.

That is what Kenneyatta Cochran, a McDonald’s worker in Detroit, is hoping for. Ms. Cochran, 38, has been working at McDonald’s for three years and makes $10 per hour, and she’s part of a group of workers pushing for a $15 wage and a union.

She can’t take advantage of more attractive job options elsewhere because she can’t afford a car. McDonald’s is reachable by bus. She received neither hazard pay nor big wage increases during the depths of the pandemic.

Asked for comment, McDonald’s noted it had recently announced that the entry-level range for its work crews was climbing to at least $11 to $17 per hour. That applies to stores it owns, rather than franchises.

“I worked straight through — I couldn’t afford to take off,” said Ms. Cochran, who has a 1-year-old daughter, Olivia Grace. Ms. Cochran lived in fear that she would either die from Covid-19 and leave her child alone or pass the virus along to the baby, who had a breathing problem when she was born.

“If I lose my child or if I lose my life, McDonald’s is still going on — they feel like we’re replaceable, disposable,” she said during a phone interview, her voice tight. She added, as if talking straight to the company: “It makes no sense that y’all can’t provide us with the things that we need, and it’s not like you can’t afford it.”