(Reuters) – U.S. stocks gained ground on Friday, boosted by shares of technology companies, as sentiment was lifted by an upbeat note on trade talks between the United States and China. 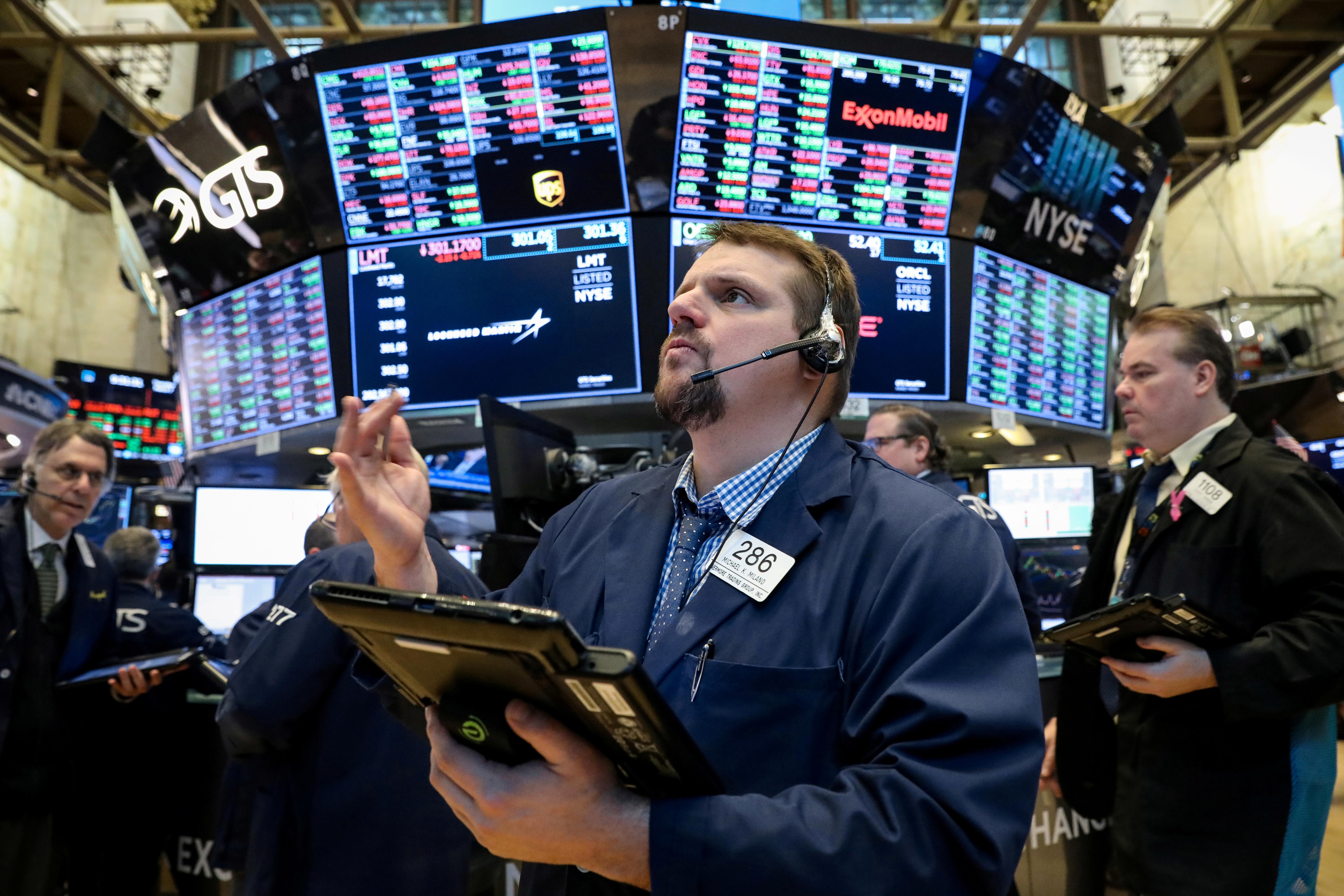 China’s state-run news agency said Washington and Beijing were making further substantive progress on trade talks. The report came as a relief after news that a summit to seal a deal between the two sides will not happen at March-end.

Chipmakers, which get a large portion of their revenue from China, rose, with the Philadelphia SE chip index up 3.31 percent.

“The reason for a delay in a trade deal, which is now stretching into April, is because it’s complex and the market is comfortable with that,” said Anik Sen, global head of equities at PineBridge Investments in New York.

“As long as the two sides come to an understanding without escalating a tit-for-tat tariff, that is good enough.”

Domestic data showed manufacturing output fell for a second straight month in February, the latest evidence of a sharp slowdown in economic growth early in the first quarter.

This follows a batch of data this week that underscored the Federal Reserve’s patient stance on future interest rate hikes and has helped the S&P 500 rise 2.7 percent, its biggest weekly gain in nearly 2 months.

The benchmark S&P is now just about 4 percent away from its September closing high.

British lawmakers voted to seek a delay in Britain’s exit from the European Union on Thursday, setting the stage for Prime Minister Theresa May to renew efforts to get her divorce deal approved by parliament next week.

Helping steady the markets was a reversal in losses of Boeing Co, up 1 percent after the company said a software upgrade for the 737 MAX aircraft will be rolled out in the coming weeks, and that its timeline for deploying the upgrade had not changed.

The world’s largest planemaker has tumbled about 11 percent this week after its money-spinning 737 MAX jets were grounded globally following a recent fatal crash in Ethiopia.

The technology sector rose 1.34 percent, the most among S&P sectors trading higher, led by gains in Broadcom Inc.

The chipmaker’s shares jumped nearly 11 percent and were the biggest boost to the S&P and Nasdaq, after the company’s quarterly profit beat analysts’ estimates.

Photoshop maker Adobe Inc tumbled 4.7 percent, the most on the S&P, after its current-quarter revenue forecast fell below analysts’ estimates.

The S&P index recorded 47 new 52-week highs and no new low, while the Nasdaq recorded 57 new highs and 22 new lows.