(Reuters) – U.S. stocks fell on Wednesday after economic bellwether FedEx issued a downbeat profit outlook and as investors waited for more clarity on the Federal Reserve’s interest rate forecasts for the rest of the year. 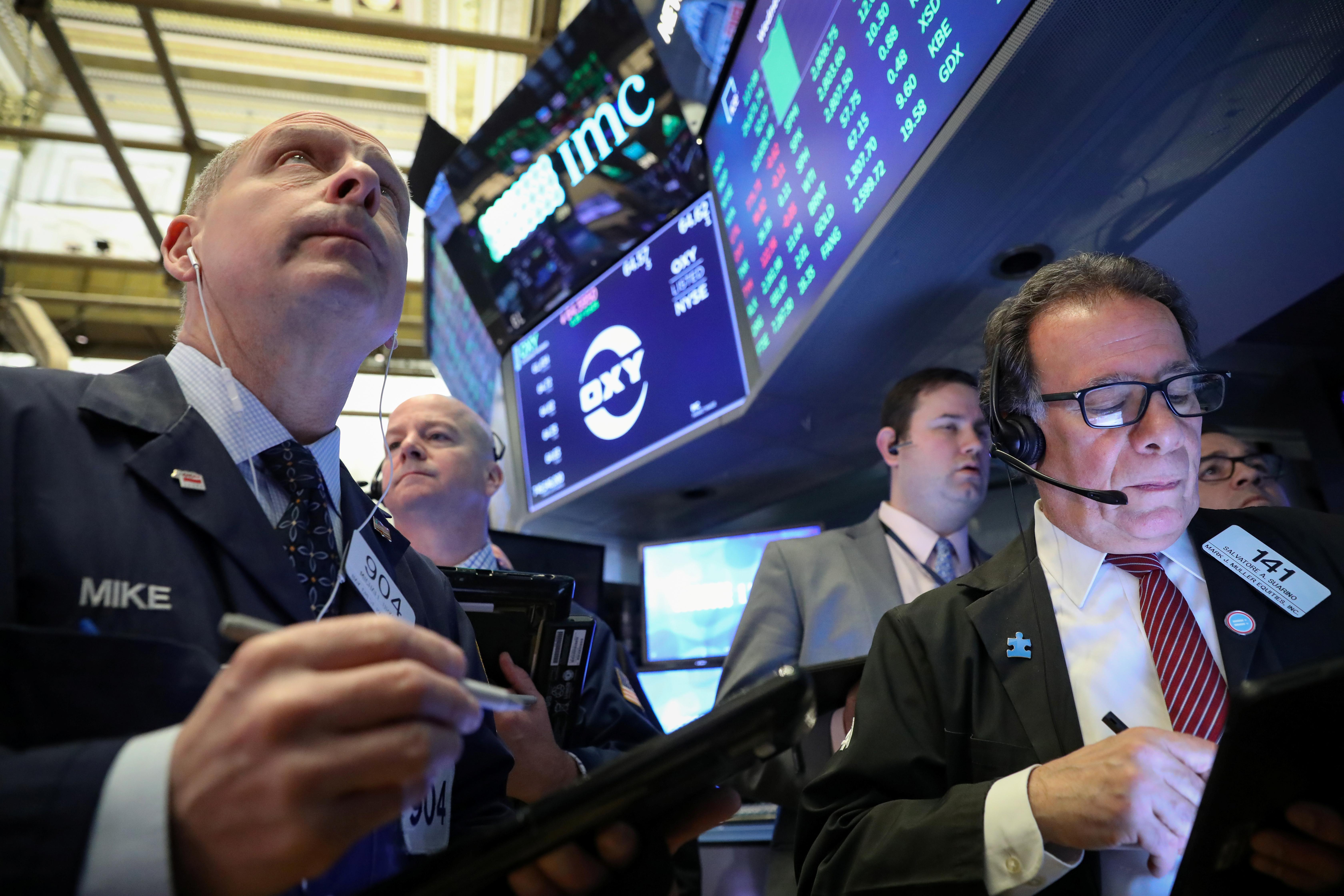 The central bank is expected to keep the fed funds rate steady and lower the number of hikes forecast for 2019 as it wraps up a two-day policy meeting, followed by a statement and news conference.

The policy statement will also shed light on long-awaited details regarding the Fed’s plans to stop reducing its holdings of Treasury bonds.

“It’s a Fed day and investors will scrutinize its communiqué with two key factors — the duration of patience and the overall outlook on the economy,” said Peter Cardillo, chief market economist at Spartan Capital Securities in New York.

“We believe the Fed will not surprise the markets but add another caveat, a trade deal, to data dependence and patience.”

Hopes of a dovish stance from the Fed hit the rate-sensitive financial stocks, which fell 0.35 percent, while the bank subsector slipped 0.28 percent.

Ten of the 11 major S&P sectors retreated, while health and technology were the biggest drags.

Optimism that the Fed will remain patient in raising borrowing costs and hopes that United States and China will resolve their trade spat helped U.S. stocks erase most of their losses from late last year.

The benchmark S&P 500 still remains 3.7 percent away from its record closing high in September.

Johnson & Johnson fell 2.4 percent after the U.S. FDA issued warning letters to a J&J unit and Sientra Inc for failing to comply with the post-approval study requirements for their breast implants.

J&J shares were among the biggest drags on the health sector as well as the blue-chip Dow.

General Mills Inc jumped 4.1 percent, the most on the S&P, after the Cheerios cereal maker raised its full-year forecast.