(Reuters) – Wall Street’s main indexes fell on Thursday after a report that the United States is unlikely to extend a waiver allowing American firms to supply China’s Huawei, added to worries over an inquiry into the impeachment of President Donald Trump.

The Philadelphia semiconductor index .SOX, which includes a number of companies that supply to the Chinese telecom equipment maker, fell 0.41% after Bloomberg’s report on Huawei Technologies Co Ltd.

“It has been a recurring theme with China. It’s one step forward and one step back,” said Scott Brown, chief economist at Raymond James in St. Petersburg, Florida.

“We’ll probably see a little back and forth, and a little bit of volatility for at least the next few weeks.”

A whistleblower report released earlier in the day alleged that Trump not only abused his office in attempting to solicit foreign interference in the 2020 U.S. election, but that the White House also tried to “lock down” evidence about that conduct. The report is seen as central to the impeachment inquiry.

“It creates more uncertainty as it continues to heat up … the whistleblower’s complaint appeared a bit more damaging than market participants were assessing,” Raymond James’ Brown added.

The S&P energy sector .SPNY, down 1.41%, was the worst performer among the 11 major S&P sectors, tracking lower oil prices after a rebound in Saudi Arabian supply. [O/R]

The three sectors are also the best performing S&P indexes this quarter, as investors switched to defensive plays in the face of escalating Sino-U.S. trade tensions and mixed data that has fanned global economic growth concerns.

Facebook Inc (FB.O) slipped 2.4% as a person familiar with the matter told Reuters that the U.S. Justice Department will open an antitrust investigation of the social media company. The stock was among the largest drags on the Nasdaq.

The benchmark S&P 500 index came within spitting distance of its July all-time high last week, but has since widened the gap by nearly 2% on conflicting trade headlines and political uncertainty.

Leisure cruise operator Carnival Corp (CCL.N) dropped 8.6% and was set for its worst day in six months after it cut its full-year profit forecast for the third time on the back of higher fuel prices. 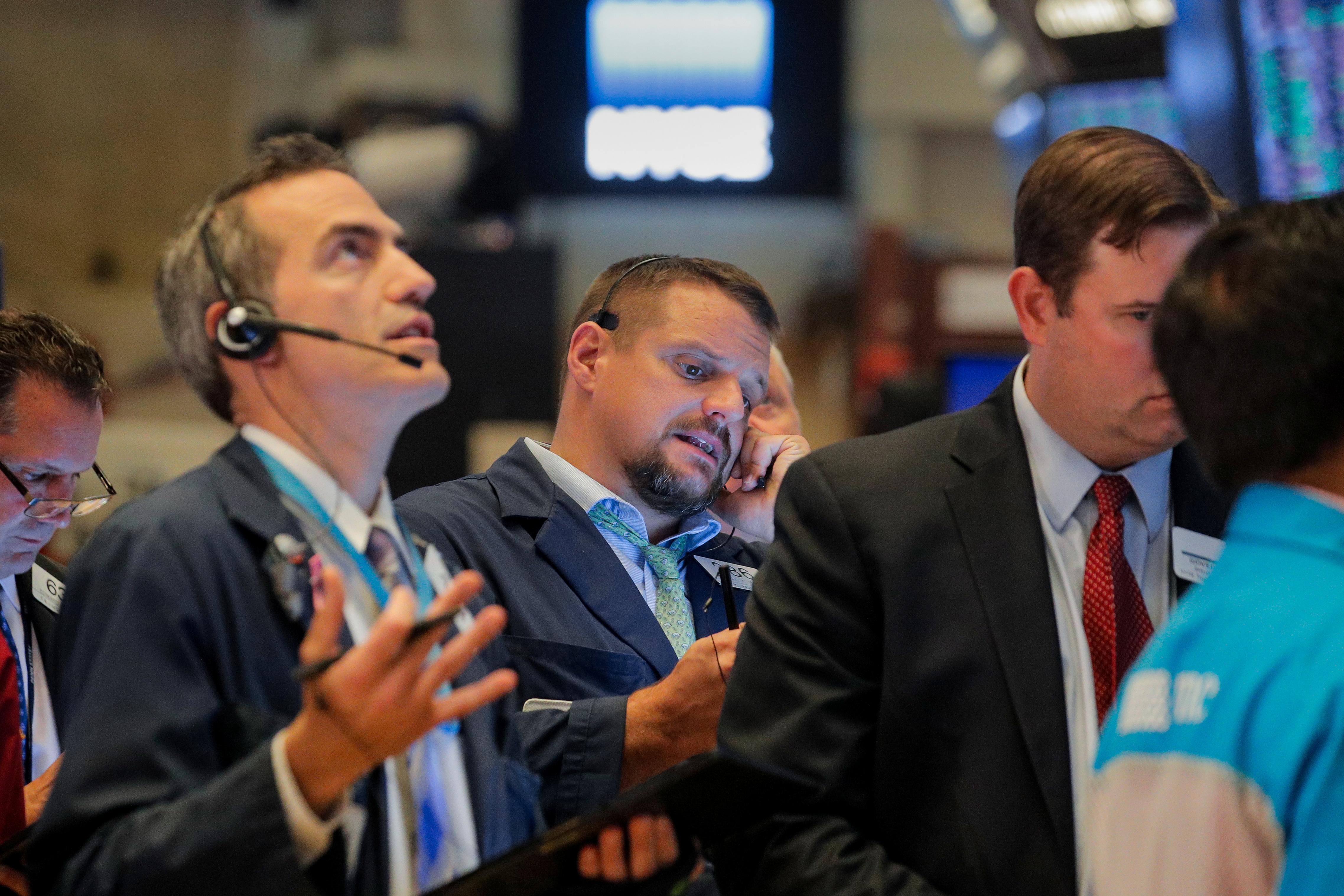 Shares in one of this year’s market success stories, Beyond Meat (BYND.O), jumped 10.2% as it added McDonald’s Corp (MCD.N) to a growing list of clients for its plant-based patties.