London (Reuters) – Hopes of progress in Sino-U.S. trade talks and expectations of policy stimulus from central banks lifted world stocks to 2-1/2 month highs on Monday, though European gains were dampened by concerns over the car sector’s outlook. 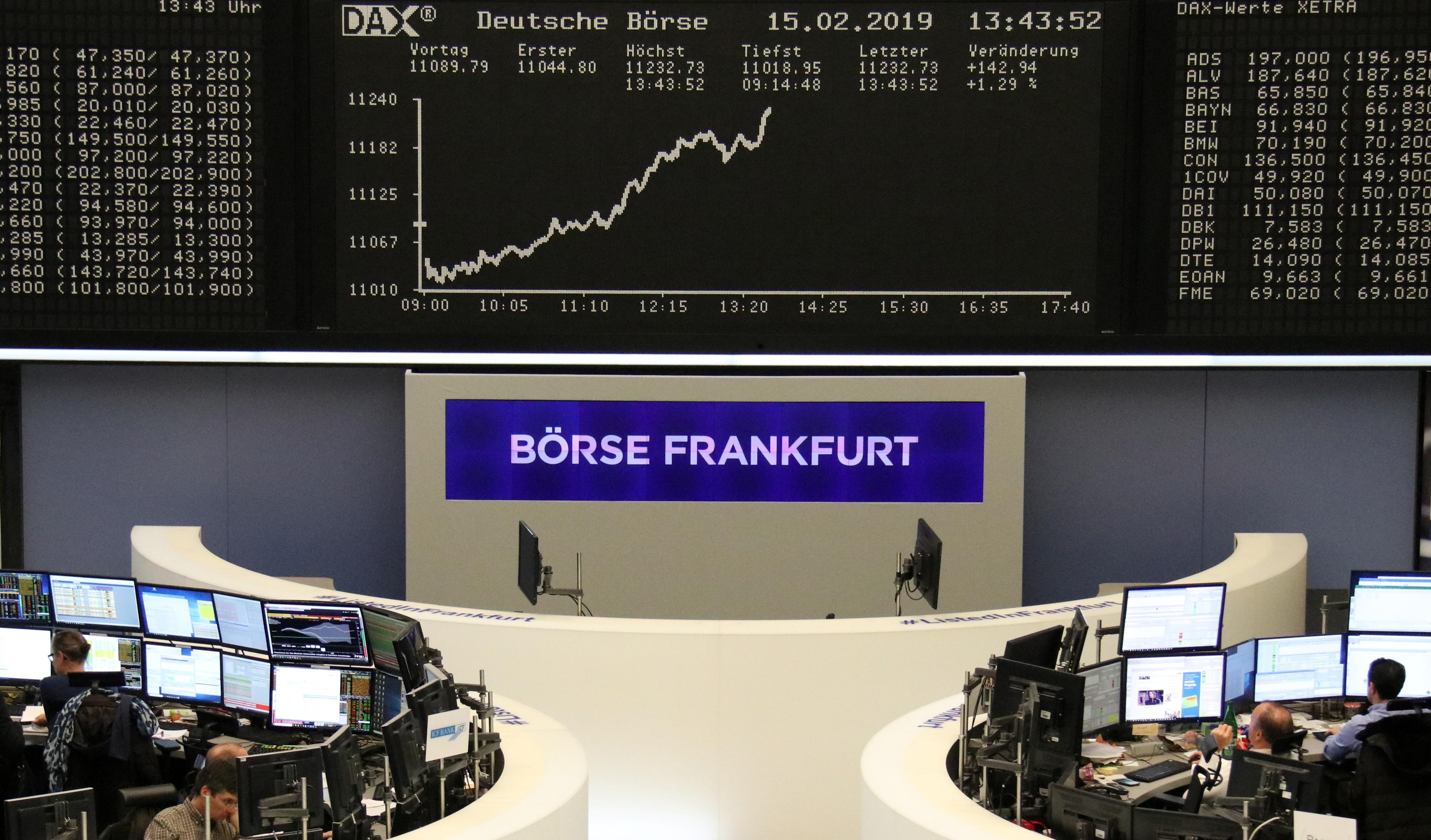 The Dow and the Nasdaq boasted their eighth consecutive week of gains on wagers the world’s two largest economies would hammer out an agreement resolving their protracted trade dispute. [.N]

Negotiations will resume this week, with U.S. President Donald Trump saying he may extend a March 1 deadline for a deal. Both sides reported progress at last week’s talks in Beijing.

The mood was more subdued in Europe, where a pan-European equity index inched to new four-month high as gains were capped by the auto sector, hit by data showing Chinese car sales fell 16 percent in January, their seventh straight month of decline.

Trump has 90 days to decide whether to act upon the recommendations.

“The optimism on trade has been strong, but the underlying economic data has been a lot of weaker – so you have some push and pull factors,” said David Vickers, senior portfolio manager at Russell Investments, adding much focus was now on flash PMI data due out this week.

“As the bounce-back from the December lows fades…the fundamentals now reassert (themselves),” Vickers added.

A run of soft economic data has fueled expectations that the world’s most powerful central banks could deliver on reflationary policies and provide support for markets.

The need for stimulus was highlighted by data showing a sharp slide in Singapore exports and a big drop in foreign orders for Japanese machinery goods.

Beijing is already taking action, with China’s banks making the most new loans on record in January in an attempt to jumpstart sluggish investment.

Minutes of the Federal Reserve’s last policy meeting are due on Wednesday and should provide more guidance on the likelihood of rate hikes this year. There is also talk the bank will keep a much larger balance sheet than previously planned.

“Given the range of speakers since the January meeting who support “patience,” the Fed minutes should reiterate a dovish message overall,” analysts at TD Securities said in a note.

Sterling drifted higher after registering three consecutive weeks of losses as investors waited for the outcome of Brexit talks between Britain and the European Union.

British Prime Minister Theresa May plans to speak to every EU leader and the European Commission chief to seek changes to her EU withdrawal agreement, after another defeat from her own lawmakers last week.

On commodity markets, oil prices reached their highest for the year, buoyed by OPEC-led supply cuts and U.S. sanctions on Iran and Venezuela.

Is This the End of Tipping?