The stunning tribute, called Beyond The Deepening Shadow, will be repeated each night until Remembrance Sunday.

Sunday evening was the first showing, beginning with a ceremonial Beefeater guard bringing a flame down from the tower into the moat, which had been submerged in smoke.

Representatives from the armed forces and volunteers then used the flame to ignite the thousands of other torches staked into or placed on the ground underneath the tower. 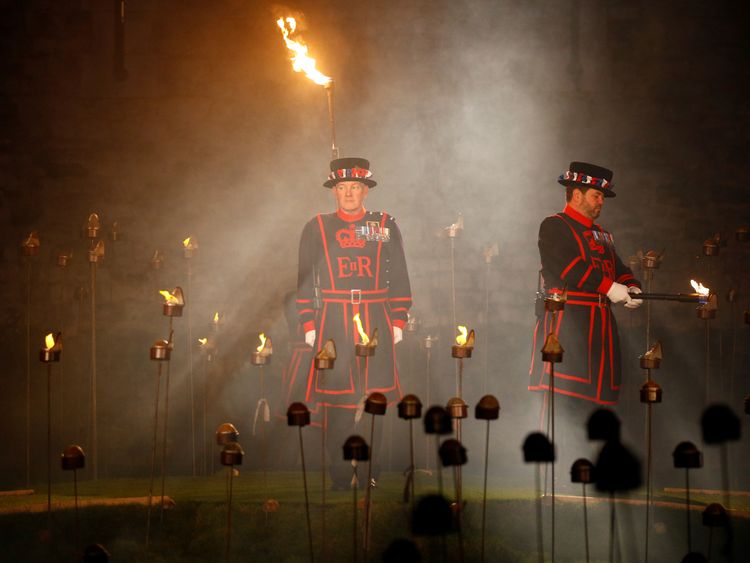 It took around 45 minutes to light all the flames, which burned for around four hours.

The ceremony was accompanied by a sound installation featuring choral music, as well as words from war poet Mary Borden’s Sonnets To A Soldier.

:: Revisiting the resting place of first and last UK casualties of WW1

Midshipman Balraj Dhanda of the Royal Navy, a volunteer who helped light the flames, described the tribute as “really, really powerful”.

“I think it creates the right atmosphere for people to have their own personal reflections and gives people time with their own thoughts,” he added. 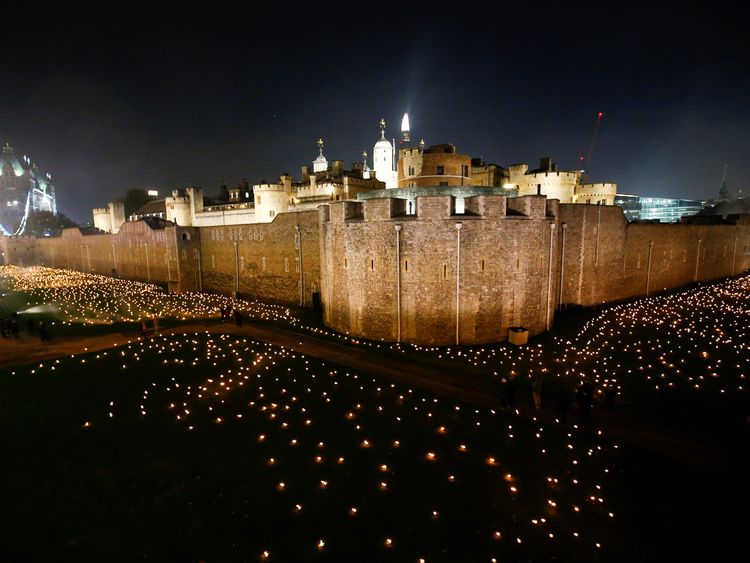 Dick Harrold, governor of the Tower of London, said: “What is so special about it is it means many different things.

Members of the public gathered on vantage points around the tower to witness the spectacle for free.

A minute’s silence was also observed.