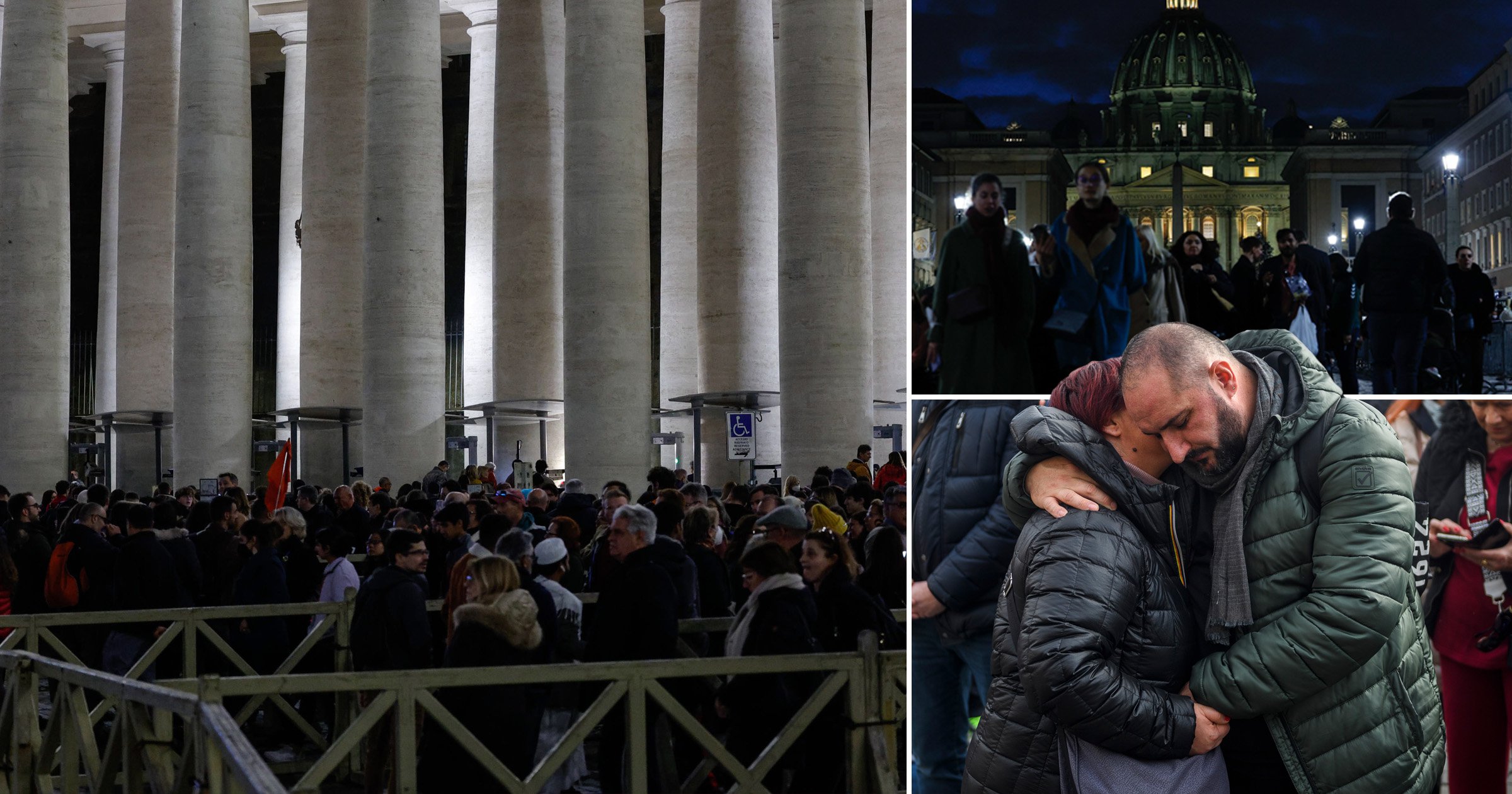 Almost 100,000 people are expected to pass through St Peter’s Basilica over the next three days to pay their respects to the late Pope Benedict XVI.

Crowds of mourning Catholics gathered in St Peter’s Square in the Vatican last night to prepare to say goodbye to the former Pope.

Benedict, who was the first Pope in 600 years to resign from the role, died in the Mater Ecclesiae Monastery at 9.34am on Saturday.

He will be lying in state for mourners to pay their respects from today.

Each day around 30,000 devout Catholics are expected to walk through the Basilica to see the late Pope before his ‘simple’ funeral on Thursday that will be led by the current Pope Francis.

The former pope’s body has been dressed in a mitre, the headgear of a bishop, and a red cloak-like vestment in preparation. A rosary was placed in his hand.

Benedict’s funeral will be a simple one, the Vatican has said, in keeping with the wishes of the former pope, who for decades as a German cardinal had served as the Church’s guardian of doctrinal orthodoxy before he was elected pope in 2005.

The head of the Roman Catholic Church in England and Wales, Cardinal Vincent Nichols, and the Archbishop of Canterbury, Justin Welby, also paid their respects.

A spokesperson for the Catholic Bishops’ Conference of England and Wales confirmed that Catholics up and down the UK will be praying for Benedict on Sunday.

Its general secretary, the Reverend Canon Chris Thomas, said: ‘We encourage Catholics in England and Wales to keep Pope Emeritus Benedict XVI in their prayers.’

Benedict became the second pontiff in history to visit the UK in 2010 when he met the Queen and made a historic address at Westminster Hall.

From today, his body will be in Saint Peter’s Basilica so the worshippers can pay their respects.