ROME — Two teenage American tourists were arrested and charged on Saturday with murder and attempted extortion in the fatal stabbing of a military police officer in Rome, Italian officials said.

The tourists, identified as Finnegan Lee Elder, 19, and Gabriel Christian Natale Hjorth, 18, both born in San Francisco, were accused of stabbing the officer, Deputy Brig. Mario Cerciello Rega of Italy’s military police, or carabinieri, on Friday morning. The officer had tried to recover a backpack the two men were accused of stealing a few hours earlier, officials said.

The suspects have admitted to the crime, according to a statement by the carabinieri press office.

The killing of the 35-year-old officer, who had recently returned to work after his honeymoon, shook Italians and spurred front-page newspaper headlines. “Rome, violent city. Carabiniere murdered” was the headline emblazoned on the Roman daily Il Tempo. The front page of another newspaper, Il Messaggero, read: “Killed to defend Rome,” while La Repubblica wrote, “Carabiniere killed in Rome’s drugland.”

The two Americans were arrested at a four-star hotel room in the Prati neighborhood of Rome on Friday as they were getting ready to leave the country, according to the carabinieri press office. 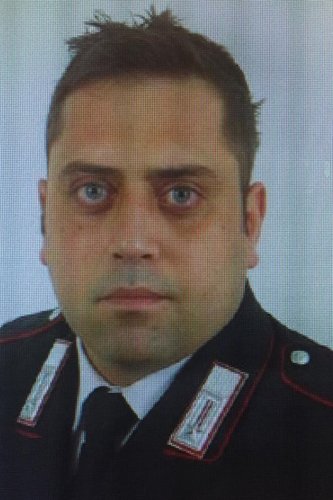 The statement said that officers found “a knife of considerable size,” believed to be the weapon used to kill Brigadier Cerciello Rega, hidden behind a panel in the hotel room ceiling, along with clothes that the men had apparently worn during the attack.

A military police spokesman said the crime had unfolded after the two Americans approached an Italian man asking where they could buy drugs, and he indicated a seller nearby.

The spokesman said the Americans bought drugs, but “according to what they say, they weren’t real drugs,” so they sought out the seller to get their money back.

When they couldn’t find him, the spokesman said, they returned to the first Italian man and stole his backpack, which contained his cellphone. Later, when the man called his phone, the Americans demanded “100 euros and a gram of cocaine” for its return, the police said.

They made an appointment to meet near the hotel where the two men were staying. The victim of the theft called the carabinieri, and two plainclothes officers went to the meeting in his place. 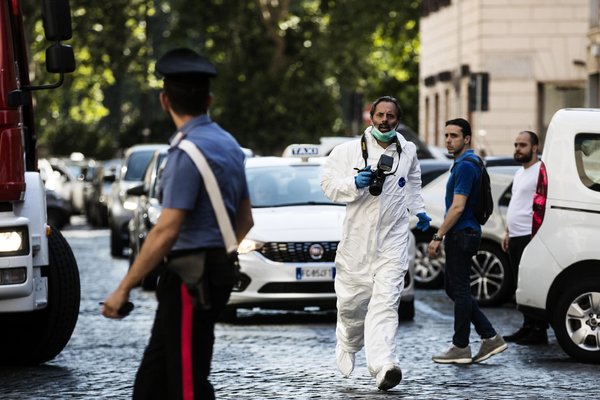 A fight ensued, the police said, and one of the Americans stabbed Brigadier Cerciello Rega eight times.

Initial news reports said that two North African men had killed the officer, but witnesses and surveillance video cameras soon put the carabinieri on the trail of the Americans. They were tracked from their first encounter with the Italian with the backpack to a street where they were running with the backpack in hand.

The lawyers for the suspects, who are being held in the Regina Coeli prison, could not immediately be reached for comment.

Some Italian news outlets linked the murder to Rome’s underground drug trade, and to bigger operations that finance other illicit trafficking. Other reports wondered why the officer and his partner did not use their firearms during the encounter. Others asked why the two carabinieri did not wait for backup, as protocol would suggest.

The Italian affiliate of the broadcaster Sky News reported that the funeral of Brigadier Cerciello Rega would be held on Monday in the city of Somma Vesuviana, in the shadow of Mount Vesuvius, at the same church where he was married less than two months ago.

Prince Harry and Meghan: Sussexes will talk to Oprah Winfrey in first interview since stepping back from royal duties