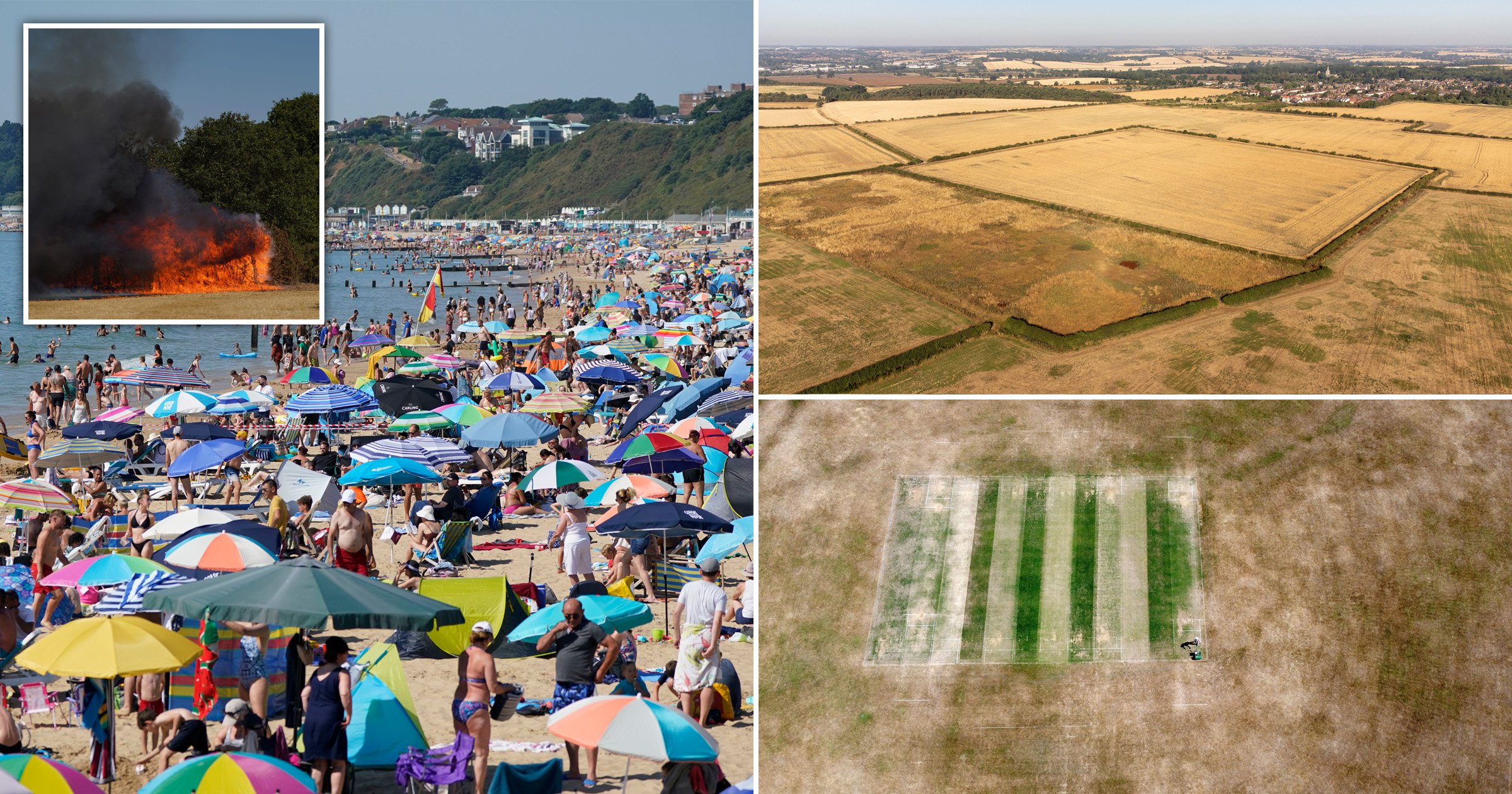 2022 is on course to be the hottest in UK history, provisional Met Office data suggests.

Most of England remains in drought after a fire-hit summer that saw temperatures top 40°C for the time ever.

The unseasonably-high temperatures last month made it the seventh-warmest October since records began in 1884.

And concerns remain that unless there is consistent, significant rainfall over the coming months, there could be further water shortages next year.

River and reservoir levels have been exceptionally low for much of the year and recent wet weather will not rectify that, experts have warned.

The Met Office said maximum temperatures had been above average on every day in October, while the Environment Agency told Metro.co.uk that Brits should do their part to ‘use water wisely’.

Six of the UK’s ten warmest Octobers on the near 250-year record have now occurred since 2000, while every month so far this year has been warmer than average.

The tumbling national records come amid simmering global fears around the climate crisis, with the UN last week saying last week that there is ‘no credible pathway to 1.5°C’ – the warming threshold after which experts agree there will be unprecedented strain on humanity.

The latest data comes as prime minister Rishi Sunak U-turned on attending the crucial Cop27 environmental summit, following a major backlash to previous plans for him not to attend.

In a statement looking back on the UK’s weather so far this year, the Met Office said: ‘The first ten months of 2022 are the warmest on record, tracking ahead of 2014’s warmest year on record for the UK.’

Michael Kendon, from the National Climate Information Centre, added: ‘October was already proving to be a warm month but there were some very mild conditions late in the month with 22.9°C at Kew Gardens on 29 October.’

He added: ‘What has been particularly unusual about this October is the persistent above average temperatures – particularly across the southern half of the UK.

‘Maximum temperatures have been above average on every day of the month – always reaching the mid-teens.’

There was more welcome news around rainfall, with October seeing 15% more than an average year.

However, the Met Office said the wet weather made ‘little dent’ in this year’s dryness.

‘In 2022 so far, East Anglia has seen just 52% (328mm) of its average rainfall for the whole year’, the organisation explained.

‘You’d expect this percentage to be at 83% at the conclusion of October. This means counties including Norfolk, Suffolk, Kent and East Sussex have received only around half their annual rainfall, in some places less, with only two months of the year to go.

‘At the conclusion of October, you’d expect rainfall amounts to be at 83% of their long-term average for the complete year.

Asked about the drought by Metro.co.uk, an Environment Agency spokesperson added: ‘Prolonged dry weather this year has led to reduced river flows and exceptionally low reservoir levels across much of England, causing pressures on wildlife and our water environment.

‘Most of England is still in drought, apart from the North West and North East areas of the country, and sufficient rainfall is needed over winter for water supplies to return to normal conditions by next Spring.

‘We can all do our part to use water wisely, reduce our usage and manage this precious resource.’

Prince Charles admits slavery is a stain on Britain’s past