Some 915 people crossed the English Channel on Saturday according to the latest Ministry of Defence provisional statistics. There have been 8,747 crossings in August so far, including 3,733 last week, analysis shows.

A Government spokesman said: “The rise in these dangerous crossings is unacceptable.

“Not only are they an overt abuse of our immigration laws but they risk the lives of vulnerable people. 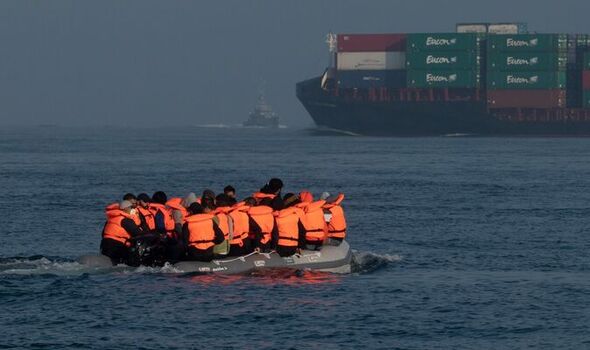 “Anyone travelling through safe countries to reach the UK should claim asylum there instead of giving money to criminal gangs with no regard for their lives.

“Under our Migration and Economic Development Partnership with Rwanda, those who enter via illegal routes such as the Channel will be in scope to be relocated there to have their claims considered.”

The plans, which have so far been unsuccessful, would see refugees being sent to Rwanda in an effort to deter further crossings. 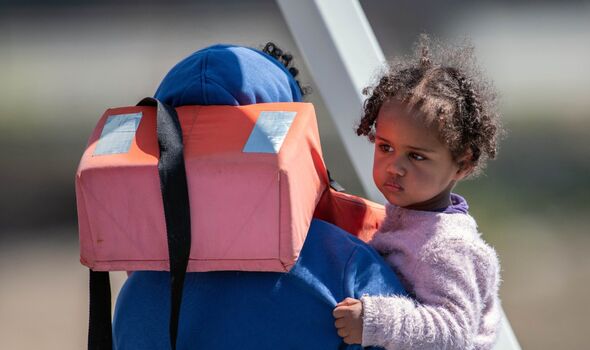 But the policy has been stuck after a slew of legal challenges saw the first flight, due on June 14, grounded indefinitely.

Asylum and refugee organisations have challenged the policy, with the Home Office next expected in court over the matter in September and October.

The number of crossings has increased significantly in recent years. 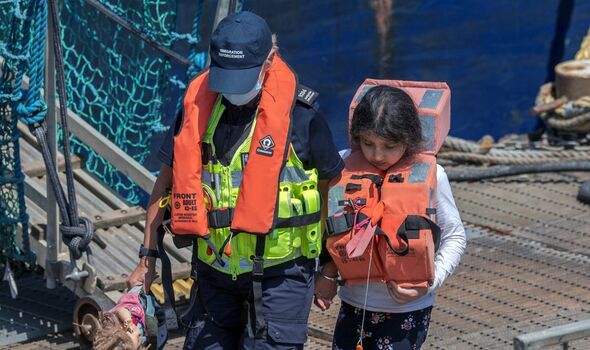 This grew substantially in 2019, when 1,843 people are known to have made the perilous journey.

The number increased almost five fold in 2020, when 8,466 people arrived in the UK via the channel.

The biggest explosion came last year, with 28,526 migrants making it to UK shores from France.

Both Liz Truss and Rishi Sunak have said they will keep the Rwanda policy in place if they are elected by Tory members to become the next Prime Minister.

Ms Truss has also said she would explore expanding the scheme to other countries, adding: “I’ll make sure we have the right levels of force and protection at our borders.

Mr Sunak said: “Our immigration system is broken and we have to be honest about that.

“Whether you believe that migration should be high or low, we can all agree that it should be legal and controlled.

“Right now the system is chaotic, with law-abiding citizens seeing boats full of illegal immigrants coming from the safe country of France with our sailors and coastguards seemingly powerless to stop them.

“It must stop and if I am prime minister I will stop it.”