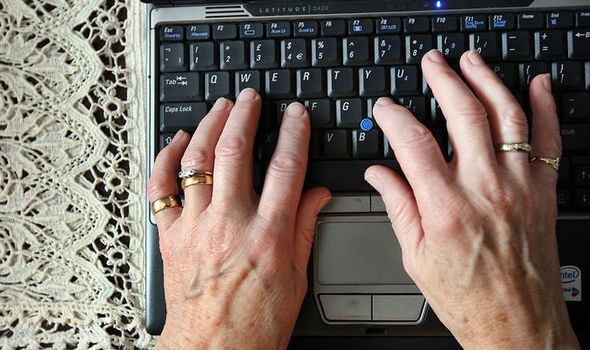 They were criticised by potential employers for being over-qualified, too expensive and too close to retirement.

The number of age discrimination complaints to employment tribunals increased by 74 percent to 3,668 across the UK last year. Of all the categories of complaints, it was this that saw the largest yearly increase in cases.

There are nine million workers in the over-50s group.

And there are fears older workers will be hit hard when furlough ends today and bosses have to decide whether to keep staff on. More than half a million over-50s were on the subsidy at the end of July – more than a third of the total.

A report from insurer Legal & General and the Centre for Economics and Business Research shows the issues older workers face.

Three million of those who have recently chased jobs believe their age made employers less likely to hire them. Almost half of those aged 50 to 59 and two-thirds aged 60 to 69 felt it put them at a big disadvantage. And 37 percent said being overqualified also hurt their chances.

Almost a quarter blamed a lack of interviews on their age, and, of those who were interviewed, 16 percent linked rejection to it. Closeness to retirement was also stated as a reason bosses were less likely to hire them, as well as an actual or perceived skills gap. A final common theme in the responses of the 2,000 people in the study was the perception businesses can hire younger workers more cheaply.

Yet 29 percent of these older jobhunters revealed their quest for a job was because they needed the money.

Legal & General’s Andrew Kail said: “The number of jobseekers in their 50s and 60s who believe they are not finding work because they are overqualified, too close to retirement age or more expensive shows how difficult the landscape is.

“With the state pension age rising to 68, and the prospect of planning for an income well into our 90s, many older workers can’t afford to retire.”

There are currently nine million workers who are over 50 and people of this age earned almost one third of total earnings in 2018.

But while the employment rate of older workers has increased significantly over the past decade, far too many of us drop out of work as we hit our mid-50s.

And Covid-19 has exacerbated the problem.

Office for National Statistics figures have revealed the disproportionate impact the pandemic has had on older workers. While the population aged over 50 has been increasing, this group’s employment rate has been falling.

Research by the International Longevity Centre has shown that ageism is far too common and that there is a massive economic cost.

Age bias persists in most recruitment processes but that is just the starting point.

A recent study showed that more than one in three workers aged over 50 in the UK have received no training in the past decade (or ever).

Employers also have a role to play to ensure that ill health and caring responsibilities don’t make it even more difficult for older people to stay in or re-enter the workforce.

It isn’t just the fault of employers.

Far too many of us have been conditioned to believe we are “too old” for training or promotion and that we should leave that “to the younger ones”.

Ageism prevents some of us from seeking health support or asking for greater flexibility, which may worsen conditions and lead to early retirement.There is an economic imperative. Addressing the ageism could help our economy grow. But for that to happen we need to better use the skills and talents of older people.

The Government’s Lifetime Skills Guarantee should better support reskilling of adults of all ages and shouldn’t just be focused on people who have no qualifications.

The ILC for its part is leading a competition, supported by the Innovation Resource Center for Human Resources, to identify and award the most promising solutions to help government, employers and individuals adapt to longer working lives.

Mick Logg found himself looking for a new job at 51 when the colliery where he had worked for 29 years closed.

The ex-miner, who lives in Castleford, West Yorks, knew he faced an uncertain time seeking a new job.

He said: “I didn’t know what I wanted to do or what I could do. I found the jobs market difficult for a worker my age.”

So Mick took matters into his own hands and retrained as a ski instructor.

He said: “As part of my redundancy package I was offered a retraining budget. Building on a life-long love of skiing I decided to train as an instructor.”

Mick, now 69, managed to get a job at his local ski centre where he still works part time.

He said: “I had to sell myself at the interview. It was something I hadn’t had much experience of but I was lucky and got a job.” The grandfather of three added: “Someone said I’ve gone from the black to the white and it’s true.

‘Not serious on climate!’ Prince Charles slated for helicopter trip – ‘He’s not that busy’