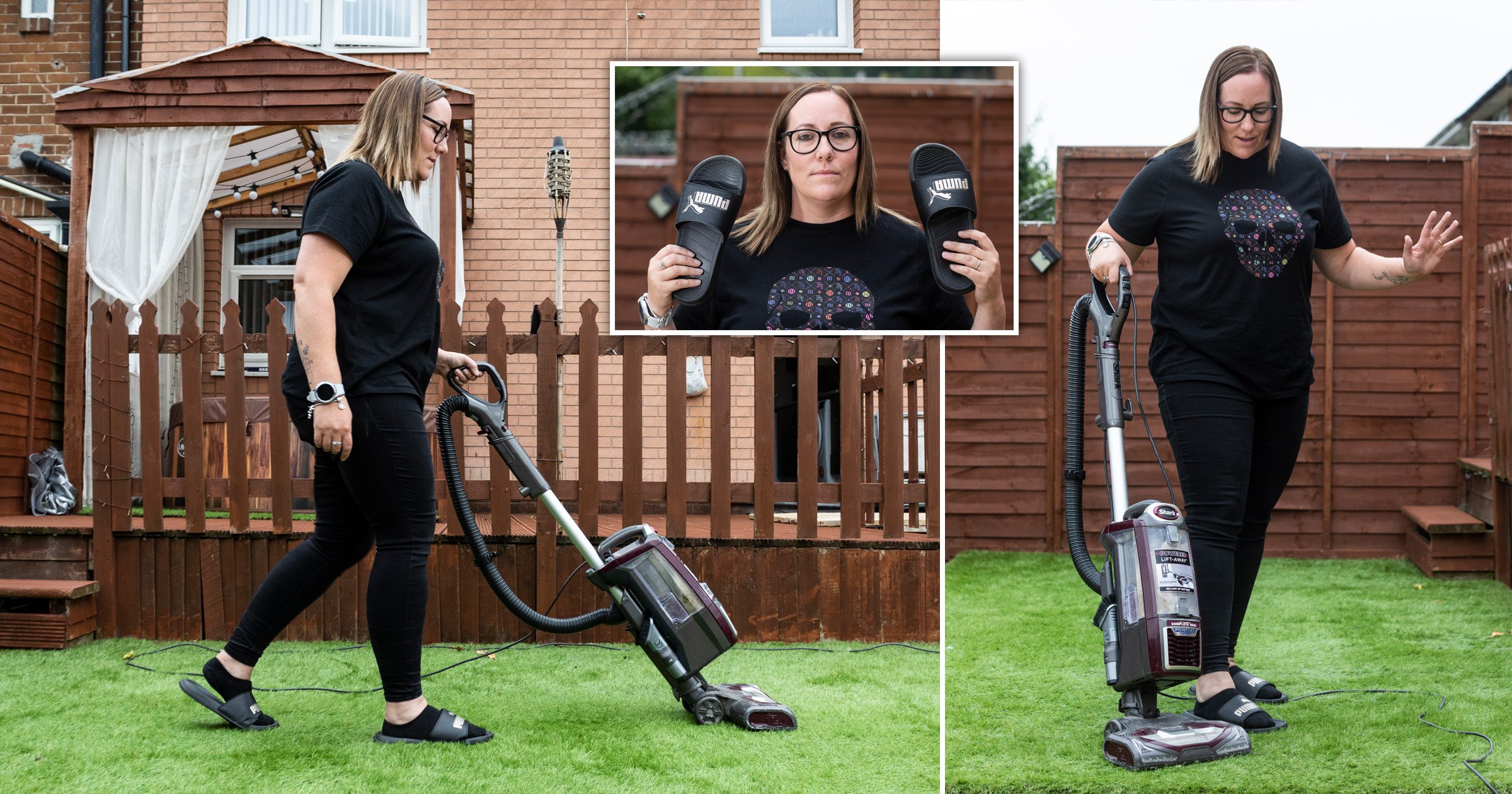 A woman narrowly avoided serious injury or even death thanks to a £30 pair of Puma sliders.

Kerry Tattersley was vacuuming the astroturf in her back garden when she accidentally touched a live current while removing the extension lead.

The instant shock was powerful enough to fling the 36-year-old backwards into a nearby wall.

The support worker from Halifax needed hospital treatment and was badly shaken up by the incident – but she was even more shocked when doctors explained how it could have been much worse.

Kerry had been spared more serious injury thanks to the grounding effect offered by the rubber flip flops she was wearing, she later learned.

She said: ‘I had finished vaccing the grass and went to unplug the extension and the back plastic bit must have been loose.

‘I didn’t know, and I grabbed it and it fell off while I had hold of the plug and I got electrocuted and I got flung back into my wall.

‘The pain was like a dull ache and a massive tingle through my body and it was like electricity going through my arms.

‘I was running up and down my kitchen. My arms were shaking, but I couldn’t stop them from shaking either.

‘It was like I had no control over them. It was like an eight out of 10 pain.’

Kerry started to suffer shortness of breath and was taken to hospital after seeking medical advice from 111.

She was left with nerve damage in her arm, but doctors explained that her life was saved by her Puma sliders that prevented her from becoming grounded by the current.

Kery said: ‘The doctor asked what had happened then he explained about what happens when you get a nasty shock.

‘He then said: “Are those what you were wearing at the time?”

‘I said “yes”, and he said, “well you’re lucky because they probably saved your life”. I was shocked, literally.’

The doctors explained that the rubber sliders acting as an insulator saved Kerry’s life as they stopped the electrical charge from the socket from reaching the ground through her body.

She added: ‘I am better now. Just my arm and right hand are very weak. I can’t really hold a lot in it.’

Coronavirus POLL: Do you trust Boris Johnson to lead the UK out of lockdown? VOTE HERE