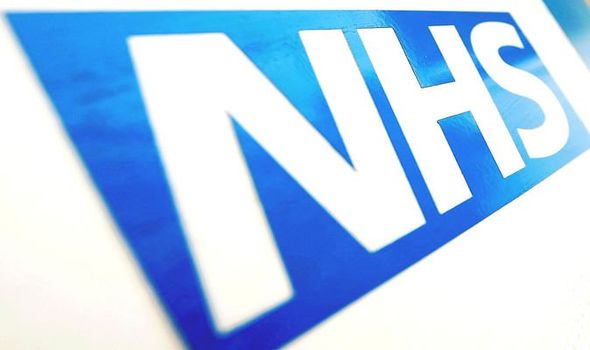 He said the number of full-time family doctors had plunged by 4.5 percent between September 2015 and March this year, as thousands of fatigued medics quit.

But the Department of Health and Social Care disputed this, claiming there was a 0.7 percent increase in the workforce from March 2016 to March 2021.

It has sparked a furious war of words with Mr Marshall, who said: “We’re just emerging from the greatest health crisis in living memory and heading into what will likely be an incredibly challenging winter for the entire NHS. General practice will bear the brunt.

“The Government needs to urgently take steps to make good on their promise of 6,000 more GPs and 26,000 more members of the practice team.”

The salvo from the chief of the professional body, which represents the interests of 50,000 members, follows complaints by millions of patients that they have been unable to see a doctor face to face.

Amid a crisis over missed diagnoses, other patients have told how they have been left waiting weeks for a routine appointment.

The escalating demand for GP services, coupled with a dwindling workforce, has created a perfect storm in the NHS.

It has left GPs stressed, burnt out and leaving the profession earlier than planned, Mr Marshall said.

The average GP will realistically have 2,000 patients under their care, each visiting the surgery about five times a year – meaning they are expected to face 10,000 appointments annually.

But in some parts of the country, there are just six GPs looking after 14,000 patients and others are seeing more than 60 a day.

Meanwhile, analysis reveals that 778 GP surgeries closed in just seven years from 2013, with 100 going in 2020 alone. Some will have been due to surgeries merging but in other cases it was because vacancies could not be filled.

The British Medical Association agrees with the Royal College of GPs, saying the workforce is not growing quick enough to cope with current or future demand.

Without an urgent injection of new doctors “the future of the NHS hangs in the balance”, it warned.

Mr Marshall has written to Prime Minister Boris Johnson demanding he honours a manifesto pledge to deliver 6,000 more GPs as a matter of urgency.

Writing for the Daily Express today, he said: “Heavy workloads are taking their toll on the mental health and wellbeing of our teams. As a result GPs are burning out and many are feeling forced to leave the profession earlier than they planned.” Across the NHS, 75 percent of staff have considered leaving in the past 12 months – while nearly 30 percent said there was a “strong likelihood” they would quit in the next year, according to the Healthcare Workers’ Foundation.

Nearly half of respondents to its survey said they would not recommend joining the NHS.

In all roles, people reported feeling under pressure to work while unwell, with clinical patient-facing staff reporting the highest levels of pressure. Professor Karol Sikora, Daily Express columnist and former director of the World Heath Organisation’s Cancer Programme, said: “A recent report from Breast Cancer Now estimated 12,000 women had undiagnosed breast cancer due to lockdowns, while 20 percent more cancer patients are seeking end of life care in Wales compared to before the pandemic, according to Macmillan.

“And there are estimates the cancer backlog could take a decade to clear.

“We need practical solutions to solve this mess. An enormous amount of damage has been done.

“We have to come together to mitigate that as best we can.” Experts fear the GP shortage will hit those living in poorer areas of the UK hardest and widen the health inequalities gap.

Dr John Ford, an expert in Public Health and Primary Care at the University of Cambridge, led a study on this which was published in the BJGP Open journal.

His team found there are 1.4 fewer full time equivalent GPs per 10,000 patients working in practices in areas with higher levels of deprivation, compared to those with the least deprivation.

It was nearly the same for frontline general practice staff excluding GPs and nurses, with 1.5 fewer full time equivalent staff per 10,000 patients.

Dr Ford said: “People who live in disadvantaged regions of England are not only more likely to have long-term health problems, but are likely to find it even more difficult to see a GP and experience worse care when they see a GP.

“This is just one aspect of how disadvantage accumulates for some people, leading to poor health and early death.”

The lower GP numbers in deprived areas were balanced out, in part, by more nurses.

Dr Ford said: “There may be some compensation due to increasing number of other health professionals, which may partially alleviate the undersupply of GPs in more socio-economically disadvantaged areas.

“But this is not a like-for-like replacement and it is unlikely to be enough.”

The Department for Health and Social Care said an extra £1.5billion is reserved for general practice until 2023/24, plus a £4.5billion annual increase in the NHS Long Term Plan.

It said an extra £270million has been provided to GPs to help manage pandemicrelated demands and said it would create an extra 50 million appointments a year by “growing and diversifying the workforce”.

A spokesman added: “We are increasing the number of GP training places to 4,000 a year and we have the highest number of doctors accepting places to train as a GP.”

GPs and our teams are stretched beyond endurance.

All around the country, we’re delivering care to a growing number of patients with increasingly complex health conditions, under intense workload and workforce pressures that have only been exacerbated by the pandemic.

While workload escalates, between September 2015 and March 2021 the numbers of full-time equivalent GPs dropped by 4.5 percent.

This is despite the Government’s commitment to bolster the workforce with an additional 6,000 GPs by 2024.

Heavy workloads are taking their toll on the mental health and wellbeing of our teams. A recent RCGP survey showed 60 per cent of GPs that responded reported that their mental health has deteriorated over the last year – with one third saying they feel like they can’t cope at work at least once a week.

As a result, GPs are burning out and many are feeling forced to leave the profession earlier than they planned. In some cases, practices are closing completely.

Figures show nearly 100 shut in 2020, and while some will be due to surgeries merging, some will be because vacancies can’t be filled or the pressure has simply become too much. Remarkably, despite everything, patient satisfaction with general practice rose in the last year, according to the annual GP patient survey.

But the recent onslaught against GPs and our teams in some parts of the media and by some politicians is having a dangerous impact on the relationship we have with our patients, with numerous reports of practice staff being on the receiving end of abuse from frustrated patients.

The root of the criticism is based on a concerning narrative that remote consultations are sub-standard.

Of course face-to-face appointments are often necessary, which is why almost six in 10 consultations – nearly 14 million in August – are being made in person, but good care can also be delivered remotely and some patients prefer it.

We’re just emerging from the greatest health crisis in living memory and heading into what will likely be an incredibly challenging winter for the entire NHS.

General practice teams that make the vast majority of patient contacts in the health service will bear the brunt.

The Government needs to demonstrate its public support for general practice and urgently take steps to make good on their promise of 6,000 more GPs and 26,000 more members of the practice team – as well as introducing measures to tackle “undoable” workload in general practice.

GPs and our teams and our patients are on the same side – and we cannot afford to be turned against one another.