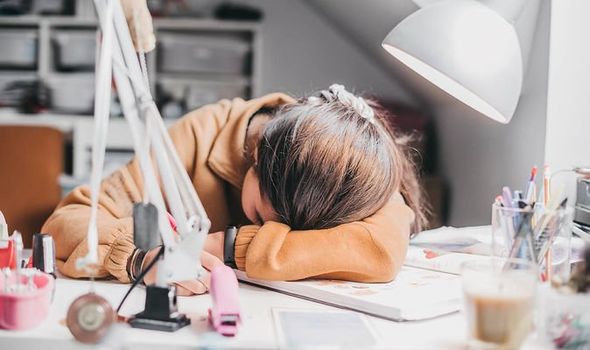 Mr Williamson raced to put in place a “triple-lock” to stop the system descending into chaos after an outcry in Scotland last week when poorer pupils were downgraded. Teenagers will be able to use their mock results to appeal if they are unhappy with the grades they are given or will be able to sit autumn exams. But results are still being moderated to stop a surge in the number of top grades being handed out.

Without standardisation, the government fears there would be dramatic grade inflation that would devalue pupils’ results and be unfair on past and future students.

Mr Williamson said the system now in place is “one of the fairest that we can do” in the face of the pandemic.

He added: “Congratulations to pupils receiving their results today – they should feel proud of everything they have achieved in the most extraordinary and difficult circumstances.

“Grades awarded today will open up the doors of opportunity for young people to progress to the next stage of their lives, whether studying at one of our world class universities, taking up an apprenticeship or embarking on the start of their careers.

“Any pupils who feel they have grounds for appeal now have the safety net of being able to use their mock results as evidence, as well as the chance of sitting autumn exams, thanks to our triple lock process to ensure confidence and fairness in the system. 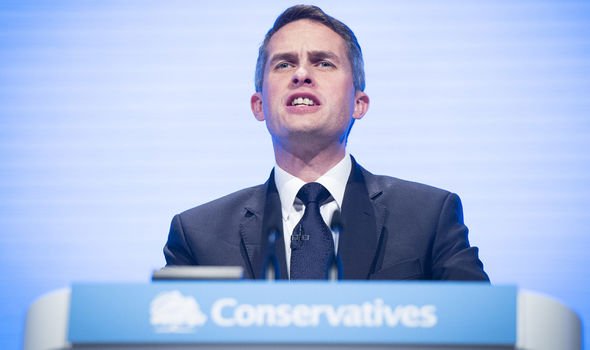 “The resilience they have shown during these challenging times will serve them well and I wish them all the very best for the future.”

Teachers were told to submit the grades they thought each pupil would have received after exams were cancelled this summer.

Assessors moderated the grades to make sure the results were not significantly higher than in previous years.

Scotland’s SNP government was forced into a dramatic U-turn after pupils were hit by a postcode lottery on results day under its system.

More than 124,000 results were downgraded because the moderating system linked results with the past performance of their schools among other measures.

It meant pupils in the most deprived areas of Scotland had their exam pass rate lowered by more than twice that of children from the wealthiest parts of the country.

But the decision to revert back to the original teacher-based results means the country now has 14 percent grade inflation that could leave universities and employers questioning the value of the results.

Relying entirely on teachers’ predictions in England would have meant about 38 percent of exam papers would have been graded A* or A grades this year compared to the previous record of 27 percent.

England’s system for moderating results was developed in consultation with headteachers and unions.

By adding in the “safety net” measures of promising pupils results no lower than their mock exams or the option of autumn exams on appeal, the Government is hoping to avoid the crisis faced by Holyrood.

Nick Gibb, the schools minister for England, acknowledged that the Government was “concerned” about what had happened in Scotland but insisted the system in England remains “robust”.

He said that only a “small number” of pupils would be affected by the change and insisted that ministers have nothing to apologise for by acting so late in the day. 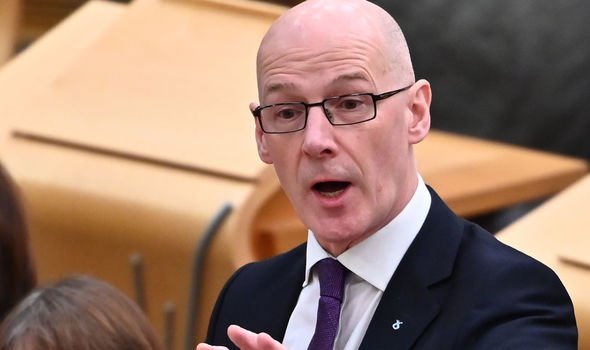 “There is no confusion. We have been very clear from the very beginning. We had to have a system in place to award qualifications to young people given that we had cancelled the exams,” he said.

“We apologise to nobody for finding solutions, even at the 11th hour, to stop any pupil being disadvantaged by this system.”

The move was condemned as “panicked and chaotic” by union leaders representing headteachers, who warned that it would lead to “massive inconsistency” in the way grades were awarded.

But English exams watchdog Ofqual said the system put in place “is the fairest way of giving students an opportunity to move on in the unprecedented circumstances this year, with grades which carry value”.

It said every grade children receive has been based on teachers’ judgments “either wholly, or in combination with the statistics”.

A spokesman said: “Adjustments were only made where necessary to bring consistency to the standards between schools and colleges. However, that moderation was essential to create a level playing for students.”

The watchdog said it is “working urgently” to set out what evidence will be needed to ensure mock exam results can be part of an appeal.

Labour leader Sir Keir Starmer said the way pupils have been assessed risks “robbing them of their future”.

He said: “This is a complete fiasco. It was obvious that this was going to be difficult but it’s been weeks or months in the coming.

“To have an 11th-hour decision that’s caused widespread chaos amongst teachers I have been speaking to, families and young people – it smacks of incompetence.”

But Parveen Yaqoob, the deputy vice-chancellor at the University of Reading, said that universities already know who they want to take.

She said: “The Government’s last-minute decision on mock exam results may provide some students with additional reassurance that they won’t do worse in their A-levels than expected, but has thrown in some additional uncertainty at the eleventh hour, into an already complicated picture for students and universities.

“Pupils can be reassured that universities already have a good idea about which children will have their places confirmed, and this change won’t have a big impact on that.

“In a sense, pupils wanting to go to university this year are still in a strong position to find the course and the institution that’s right for them.”

Queen revelation: Her Majesty used to line pencils up to feel ‘safe’ as a child – claims