Education Secretary Gavin Williamson is facing a major backlash from his own benches, opposition MPs and leading academic figures over the A-level results crisis, which threatens the futures of a generation of young people. Mr Williamson approved a controversial algorithm which downgraded 40 percent of all A-level results – affecting around 280,000 entrants.

Last week Mr Williamson gave a “triple-lock” commitment to ensure pupils could use the highest result out of their teacher’s predicted grade, their mock exam, or sitting an actual exam in the autumn.

Over the weekend guidance for students looking to appeal their results was removed shortly after being published online – leaving thousands of young people in the lurch.

Former head of the education regulator Ofsted Sir Michael Wilshaw said Mr Williamson is “losing the dressing room” and insisted “somebody has to carry the can”. 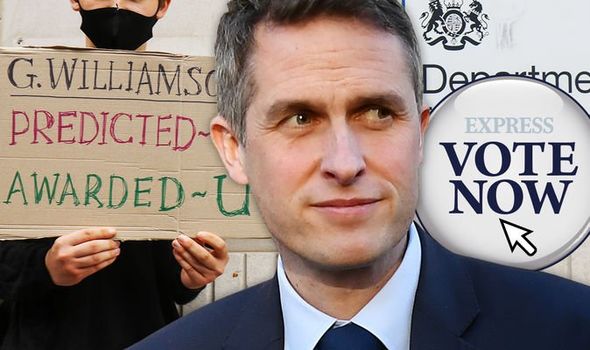 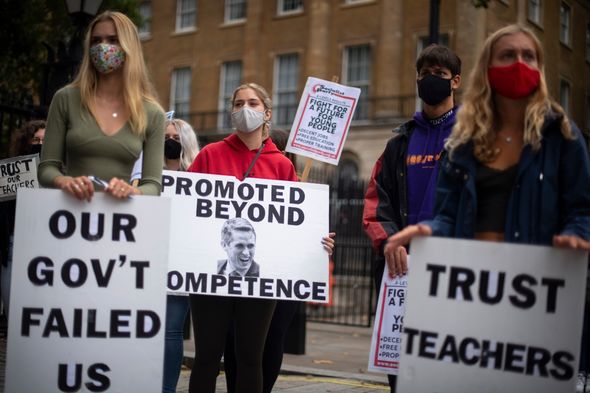 “And the great danger for Gavin Williamson at the moment is that he is losing confidence, he is losing the confidence of headteachers around the country who have seen this happen.

“He hasn’t exactly covered himself in glory over the pandemic period with all sorts of changes of direction – saying that primary schools would be open when they obviously couldn’t be under the social distancing rules, saying every poor child would receive a laptop and obviously that didn’t happen, the school meals voucher system wasn’t working” 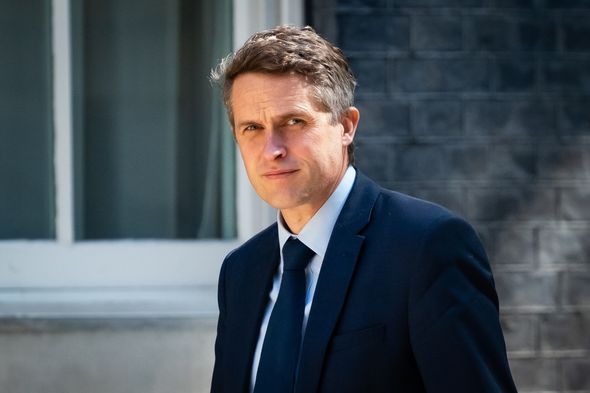 Asked whether he has full confidence in the Education Secretary, Mr Hammond said: “Gavin Williamson needs to spend today working with Ofqual and get this sorted out.

“As I said, we can play the blame game in the future. Clearly there are a number of my colleagues who are deeply frustrated and you’ve heard them say what they have to say.

“But what I’m looking to do is, for my constituents and for thousands of young people across the country, give them a chance to have in place a process that is fair, that is simple to understand and should be resolved quickly.” 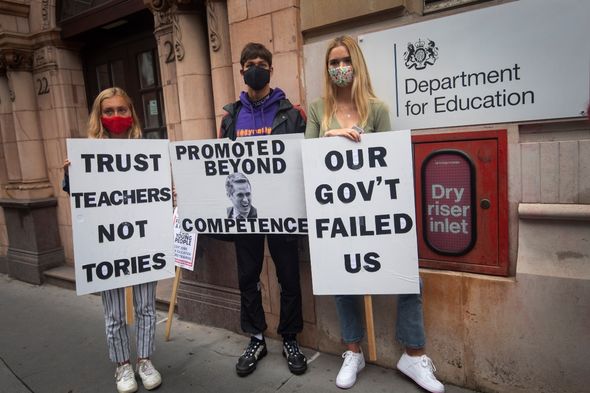 “Our children are being betrayed by his appalling incompetence.”

Mr Williamson now faces a race against time to solve the exam crisis with GCSE results due to be released on Thursday. 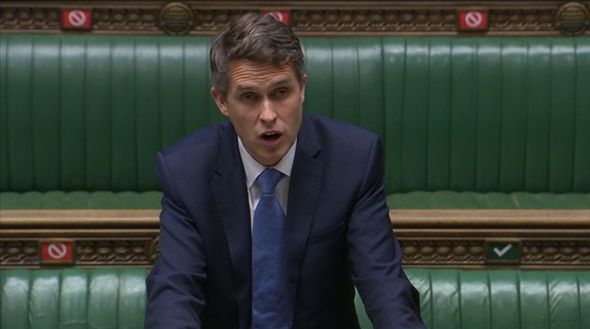 Like the A-level results, they will initially be based on teacher assessments and then “moderated” by the Ofqual algorithm to bring them in line with previous years’ results.

The Department for Education has defended the system to determine exam results and insisted it will continue to work with the regulator Ofqual to build as much “fairness into the appeals process as possible”.

A spokesman said: “Hundreds of thousands of students have received a calculated grade that will enable them to progress to the next stage of their education or into work.

“We have been clear that we want to build as much fairness into the appeals process as possible to help young people in the most difficult cases and have been working with Ofqual to achieve that.

“Ofqual continues to consider how to best deliver the appeals process to give schools and pupils the clarity they need.”

Rape convictions at record low – is it time we ask an uncomfortable question?