The Sunday Express has seen a letter from the Common Sense group of Tory MPs calling for a new statue to be erected of Prince Philip in central London. While the letter does not specify a location it is understood that the empty fourth plinth in Trafalgar Square currently used to display modern art is one of the favoured options. The letter drawn up by the group’s chairman Sir John Hayes and signed by 25 Parliamentarians noted that there has been “an outpouring of grief across not just the United Kingdom, but the world.”

The letter went on: “This encapsulates the widespread respect felt for the Duke of Edinburgh, both due to his exceptional sense of duty in service to Her Majesty and the Country as well as the unique character which secured for him a special place in the hearts of the British people.”

The group told the Prime Minister that they believed “the most fitting tribute” to the Duke  believes “would be the construction of a statue commemorating the life of this uniquely beloved national figure – similar in form and spirit to the statue of the Queen Mother which stands along The Mall.”

The move comes in the face of recent attempts by the Left to pull down statues in London and across Britain of important historic figures.

In London there are concerns that Sadiq Khan’s Commission for Diversity in the Public Realm is aimed at a mass cull of statues in the capital.

The MP said: “This Government has a track record of understanding the British people’s patriotism and love for their nation’s shared institutions – indeed, it was elected on that basis. 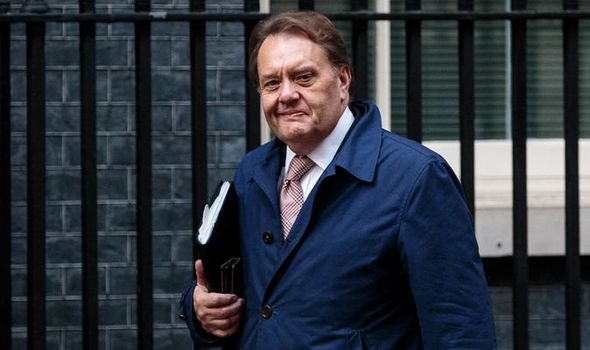 They added: “No British institution is more beloved than the Monarchy, and Prince Philip was a truly remarkable member of the Royal Family. As grief makes way for reflective admiration, we in the Common Sense Group can think of no better next step than for the Government to support – with enthusiasm and haste – the construction of a proper public memorial to this great man in recognition of his near century of public service.”

It is understood that a separate Common Sense Group letter drawn up by South Thanet MP Craig Mackinlay has been sent to Mr Johnson supporting plans to commission a new Royal Yacht to replace the Britannia and named after the Duke of Edinburgh.

Sir John, who signed the letter, said: “There can be no better way to pay tribute to the Duke. It not only is a fantastic way to promote Brexit Britain around the world but it reflects on Prince Philip’s own record of service and duty as well as his career in the Royal Navy.”