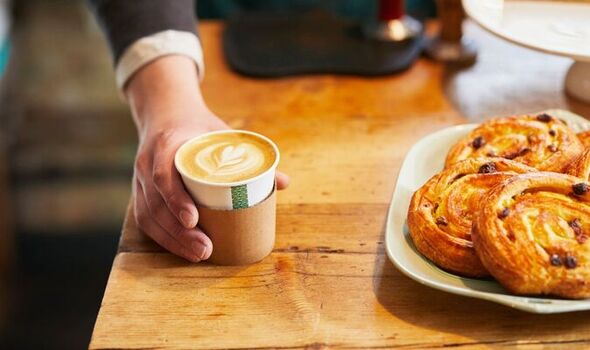 Analysts believe thousands of high street outlets in the crowded marketplace are now under threat. Trouble has been brewing since the pandemic but a shortage of lower-wage labour, the increasing cost of coffee and milk, spiralling energy bills and the squeeze on living standards have all hit the sector hard.

Coffee is big business, with more than 95 million cups drunk in the UK every day, according to the British Coffee Association.

Stroll through any town or city and you won’t be far from a coffee chain or independent offering an array of options – from a flat white to a frappe – as well as food.

With more than 2,000 outlets in the UK Costa is the market leader, a position helped by Coca-Cola’s purchase of the brand in 2019.

It’s now the world’s second largest coffee shop chain after Starbucks. However, the pandemic saw the sector suffer a 40 per cent decline in sales in 2020 as people worked from home.

Forecasters predicted “a modest return to outlet growth in 2022”, while a full return to pre-pandemic levels would take at least three years.

But those forecasts came before the economic downturn and rising coffee prices across Europe.

Lou Ellington, director at London data analysts Kantar, believes a third of high street shops could close: “I think there will be a couple of coffee shops on a high street, rather than the three or four we see at the moment. We must remember there was a massive investment in the sector in the five years before the pandemic.

“What has happened since then is something of a re-adjustment as chains deal with new working and living practices.

“With people reluctant or unable to return to their old routines, that has already hit them hard.

“But it seems clear that Costa, Starbucks and Caffe Nero all competing with each other on the same streets is not sustainable.”

Last week Starbucks appointed former Reckitt chief Laxman Narasimhan, 55, as its next CEO to turn around fortunes that have seen the firm’s share price slump 30 per cent in a year.

Ms Ellington said: “There’s no doubt the hospitality industry as a whole is facing tough times.

“Smaller shops will take a hit but a lot of them are franchise operations and though they will be suffering, they will have a lot more support available.

“Whereas the real independent coffee shops all face very challenging issues. Right now they need to be able to absorb massive energy price rises after the last two years which will have been a huge drain on resources.”