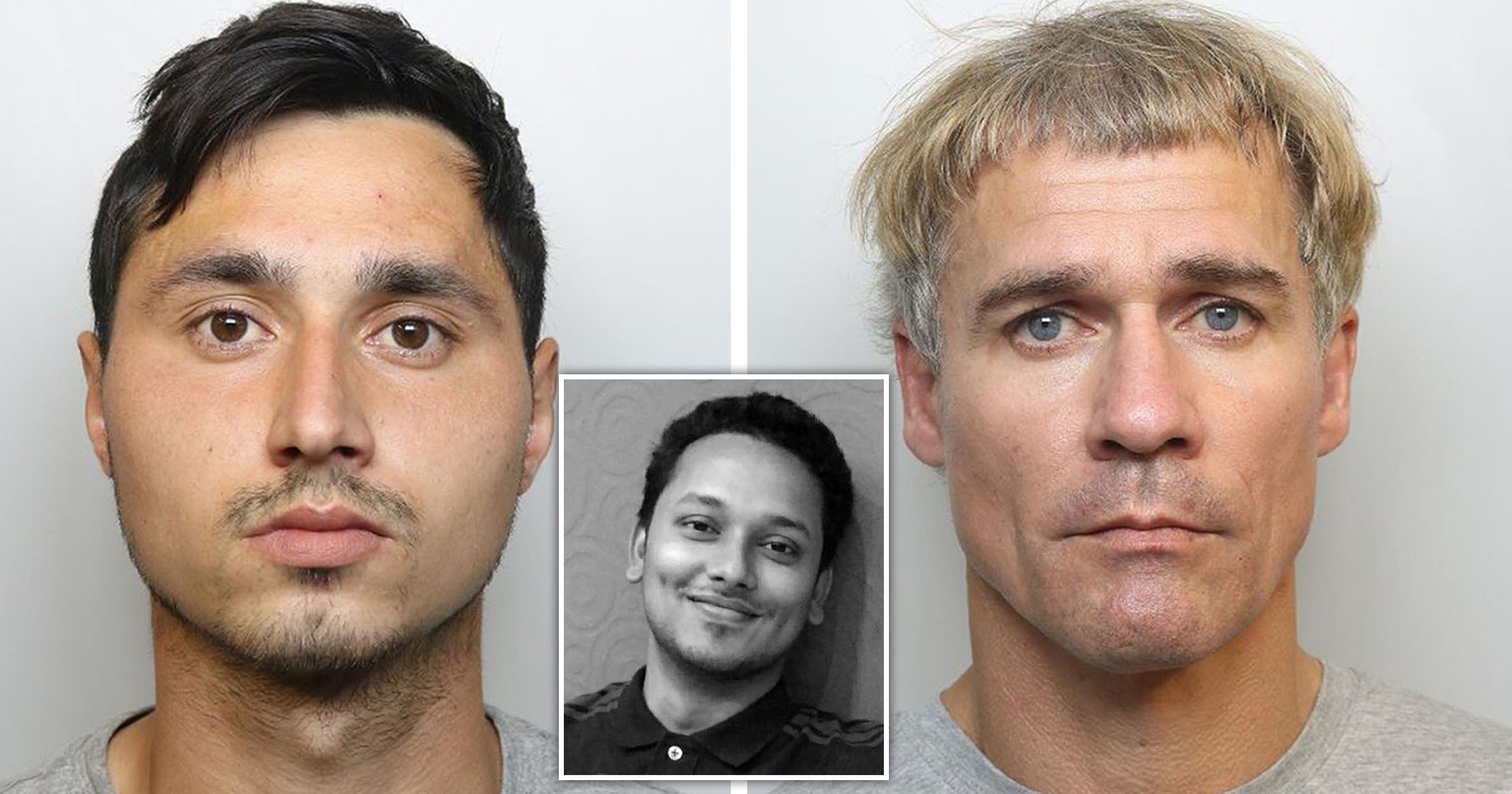 Two former abattoir workers who tortured two men to death then left their mutilated bodies on display like ‘butchered pigs’ have been jailed for nearly 80 years.

Bristol Crown Court head each was knifed multiple times – with some wounds mirroring how the killers would hack at animal carcasses – before their bodies were arranged into a ‘macabre display’.

Prosecutor Kevin Dent KC said: ‘They left behind them a scene of horror.’

He added: ‘There was an element of macabre display about how these bodies had been dealt with.

‘After his death (Mr Pramanik) had been disembowelled in a gruesome echo of the butchering the defendants carried out at the abattoir on pigs.

‘That’s the terrible state in which the two bodies were left.’

Mr McKenzie had 23 knife wounds and he had been tortured with cuts to his eyeballs, around his eyes, and one of his big toenails had been cut away from the nail bed.

Mr Pramanik had been stabbed three times, including the gash to his stomach.

Some foaming substance had been forced into his nose, and he had multiple slash and scratch marks all over his body. A bite mark matching Chers’ teeth was found on his arm.

Afterwards, the pair tried to clean up the scene by wiping blood off the walls and other surfaces, while thick black car paint had been sprayed on the two bodies and all around the house.

The pair had worked with Mr McKenzie at an abattoir near Bristol before the two defendants found jobs at a carwash in the summer of 2021.

Boboc, who had a heavy gambling addiction, had previously had an arrangement with Mr McKenzie where he performed sex acts on him in exchange for cash.

On the night of the killing, Boboc sent Mr McKenzie a series of messages trying to persuade him to let him come over so he could give him a present.

Mr Pramanik was unknown to the two defendants, and is thought to have been in the wrong place at the wrong time.

After the murders, Boboc and Chers stole their victims’ mobile phones and audio equipment, jewellery and electronics belonging to Mr McKenzie.

Boboc, of Bristol, admitted the murder of Mr McKenzie but denied murdering Mr Pramanik, while Chers, also of Bristol, denied both murders. A jury found them guilty and each was jailed for life.

Andrew Langdon KC, defending Boboc, said: ‘The defendant is a young man. He remains extremely sorry for the murder of Mr McKenzie.

‘He is a 22-year-old looking at life sentence of an unimaginable length.’

Richard Smith KC, defending Chers, said there was no direct evidence knives were taken to the scene of the murders.

‘He came here because his business in Romania was failing because of Covid-19,’ he added.

Jailing Boboc for a minimum of 37-and-a-half years and Chers for a minimum of 39 years, Mrs Justice Cutts said: ‘On that night in September last year you have taken the lives of these two men in a particularly cruel and savage way.

‘Having determined to kill Mr McKenzie you could not leave Mr Pramanik alive – he too became a victim of your savage brutality.

‘Only the two of you know precisely what happened at 20 Wood Street. Neither of you has given a detailed account about it and both of you were silent at your trial.

‘The injuries speak of the brutality of the attack upon them. I have no doubt both men suffered mental and physical suffering at your hands.’