Home » Europe » ‘Absolute tragedy’ as boy, 16, dies after getting into trouble in lake while escaping heat 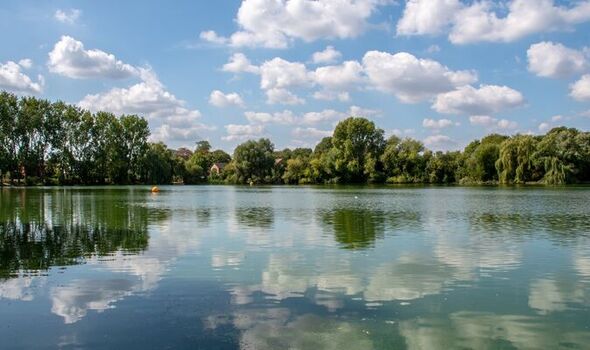 Thames Valley Police said they were called out at 11.45am and a body was located at 1.30pm following a “widespread search of the lake”. The boy was pronounced dead at the scene.

Superintendent Michael Greenwood, the LPA Commander for Windsor and Maidenhead, said: “This is an absolute tragedy in which a young boy has died after getting into difficulty in the water of Bray Lake.

“The boy’s next of kin have been notified and are being offered support at this extremely difficult and traumatic time.

“My thoughts, and the thoughts of all of us at Thames Valley Police are with the boy’s family and his friends, and we would ask that their privacy is respected.”

This is the latest in a list of tragic incidents resulting in a death as people try to escape the heat by swimming. Officials have urged people not to swim in reservoirs and quays where it could be unsafe.

Earlier today police also confirmed a 13-year-old boy died from drowning in a river in Northumbria.

Northumbria Police confirmed the boy had died after “getting into trouble” in the River Tyne near Ovingham.

A Northumbria Police spokesman said today: “Sadly, a body has since been found in the water. Formal identification is yet to take place but police believe it to be the missing male.

“His family have been informed and specialist family liaison officers are continuing to offer them any support they need.”

Yesterday, a 16-year-old boy died after swimming in Salford Quay in Manchester.

The latest death is thought to be the eighth relating to the heatwave.

Britain has seen soaring temperatures and the mercury is expected to top 40C degrees on Tuesday.

Many people have been heading to lakes and rivers to cool off. However, officials have urged people not to do this as they can easily get into trouble.