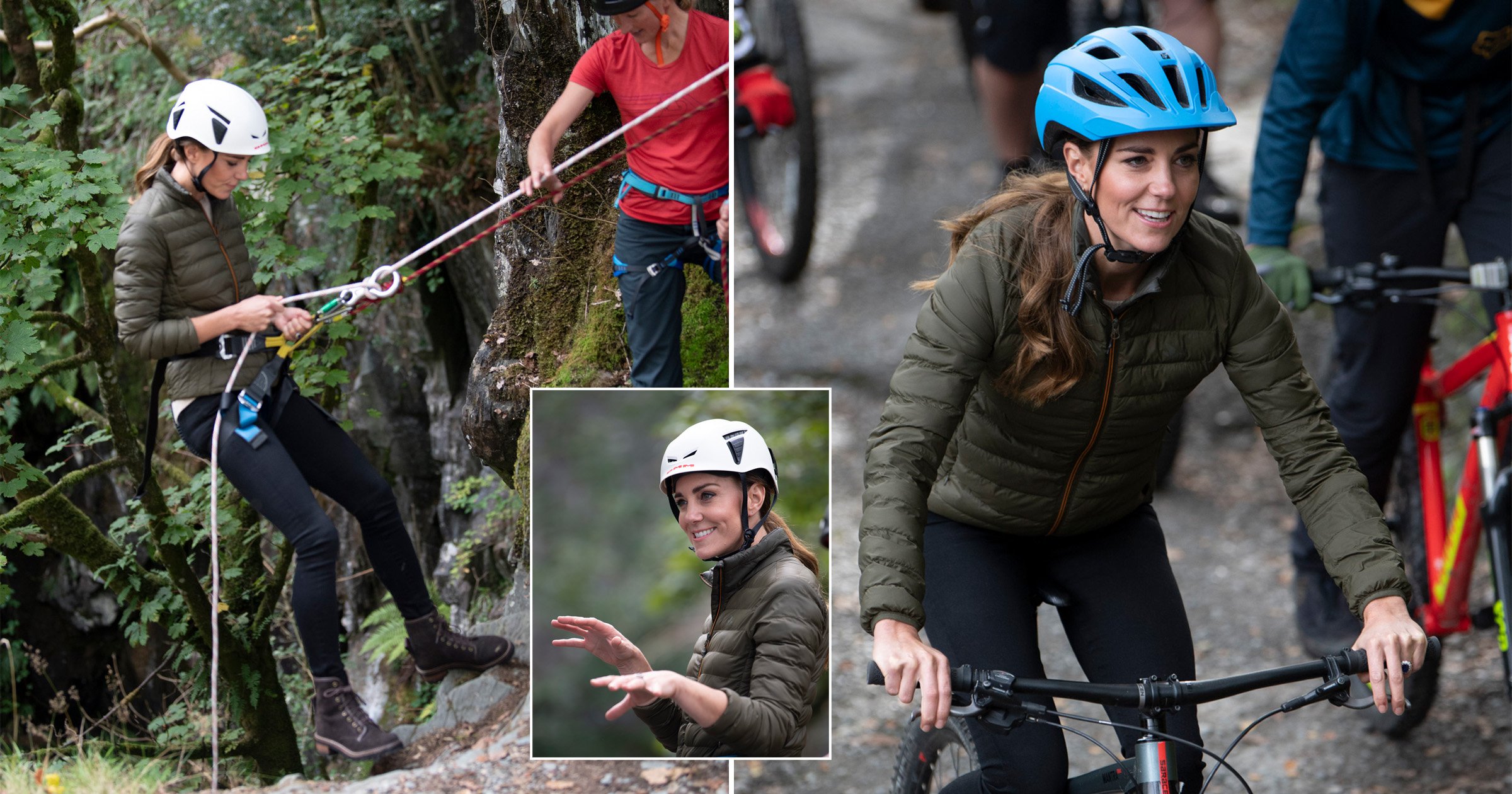 The Duchess of Cambridge braved new heights as she tried abseiling during a visit to the Lake District.

Kate, 39, took the plunge in Little Langdale, Cumbria, after mountain biking with a group of air cadets today.

Itelouwa Odipe, 13, from Lancaster, spoke to the duchess as they waited to abseil down the cliff.

He said: ‘I was next, so she asked if I wanted to go before her.

He decided not to brave the drop, but said: ‘Even though she is royal she still does things normal humans do.’

The duchess said it was ‘great’ to have challenging activities, while asking the teenagers about their mental health during the pandemic.

Josh Binnie, 15, told her about his experience in a glider and was asked by the duchess if it made him travel sick.

When he said ‘no’, she replied: ‘You’re made of tougher stuff than me.’

Josh said: ‘She was very nice, a lot less formal than I expected.’

Fergus Ripley, 16, added: ‘It was a fantastic experience to talk to Her Royal Highness.

‘It was great to see her get involved.’

The duchess also spoke to former cadet Emma Wolstenholme, 39, who is rowing across the Atlantic to raise funds for the organisation.

Ms Wolstenholme said: ‘It’s such a great cause. I joined the cadets at 13 and went from being the quietest kid in the school to one of the more confident, outdoorsy and adventurous ones.’

After spending time with the cadets, Kate was due to go on a boat trip with two of the ‘Windermere Children’, a group of 300 child Holocaust survivors who came to stay in the Lake District in 1945.