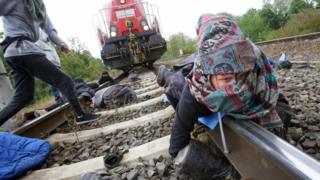 Environmental activists chained themselves to tracks to stop a train transporting cars from a Volkswagen plant in northern Germany.

The freight train was brought to a halt on a bridge over a canal near the city of Wolfsburg, in Lower Saxony, while police cut the protesters from the rails. The operation took several hours. 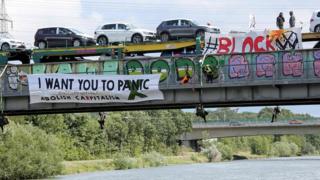 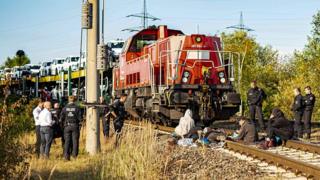 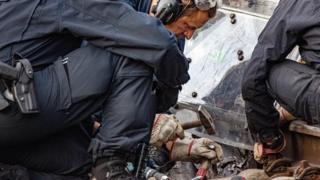 Other activists, meanwhile, occupied a giant metal globe in the entrance of Volkswagen’s Autostadt visitor attraction in Wolfsburg.

They chained themselves to the frame of the Exosphere art installation and hung banners calling for more action to save the Earth’s climate. 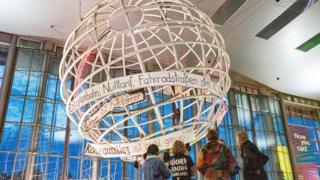 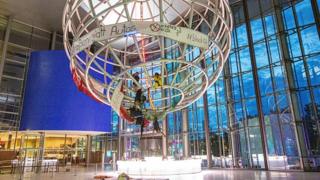 Both protests were peaceful and police say no-one was hurt.

One of the leaders of the Aktion Autofrei (Car-free Action) protest, David Neisser, told the Wolfsburger Nachrichten newspaper that the demonstration had not been specifically directed at Volkswagen.

“We selected the Wolfsburg VW location because it symbolises the entire car industry for us,” he said.

The group’s demands include car-free town centres and climate-friendly public transport. It accuses the German government of having failed in its policies to protect the environment.

Woman won't get a penny from £1,000,000 inheritance after judge ruled her a liar