Adam Peaty, two-time Olympic 100m breaststroke champion, became the first British swimmer to defend an Olympic title when he won in Tokyo and he’s already the favourite to win gold again at Paris 2024.

But winning another gold medal (and he has 31 of them) won’t be his sole focus over the next three years – “Project Immortal” is the goal he and his coach Mel Marshall have come up with; in other words, setting a time that can never be beaten.

It’s been done before of course in athletics but some of those achievements have big question marks next to them; Marita Koch’s 400m record of 47.60, for example, was set in 1985 and still stands (no one has even got close) but it’s believed she was part of the East German state-sponsored doping programme, although she never failed a drugs test.

So to legitimately set a time that stands the test of ALL time is a huge ask. But Peaty feels he needs to set difficult goals to stay motivated.

“Doing a time that can never be beaten… the next three years is how we achieve Project Immortal,” he says.

“More than ever we have to kind of attack. I know where I need to be to get to Project Immortal.”

He doesn’t hide the fact that he isn’t friends with his competitors and makes a point of cutting them off.

“It’s got to be war,” he says. “You’ve got to treat them like they’re going to take something away from you because they are. 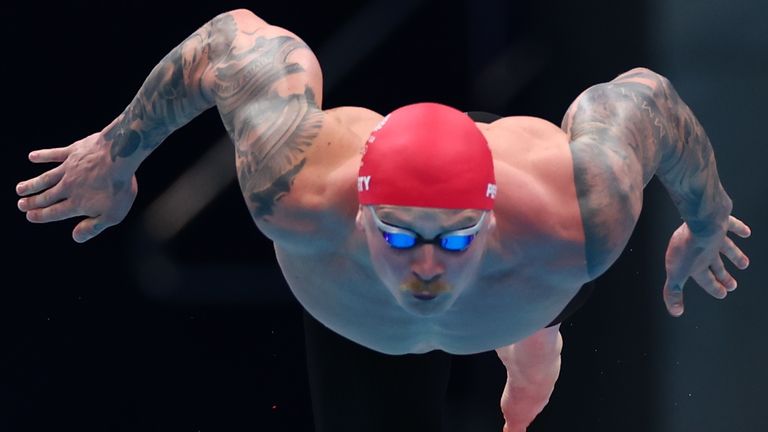 “I don’t know where I get it from – it’s like a fight or flight response.”

Like many athletes, Peaty admits he really struggled with lockdown and having the Tokyo Olympics pushed back a year.

“Going into 2021 was tough,” he says, “because my mindset was geared up for last year.

“There was a lot more pressure and a lot more relief when it paid off, but it cost me a lot to get there in terms of my motivation and my commitment.

“I questioned why I was doing it and I never question it – this is what I love. But when you do it without gratification, without winning gold medals, that’s when you start to question ‘why’.

“That was the toughest thing – beating myself.”

He didn’t get near his own world record in Tokyo and he blames the whole COVID year and all the restrictions that went with it for that. 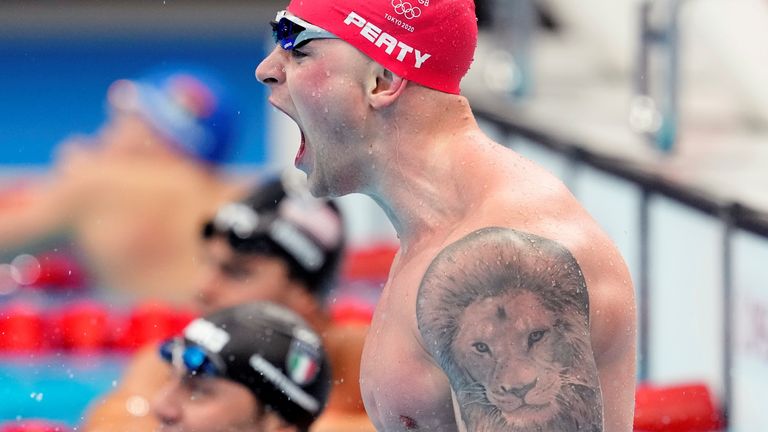 But he still touched the wall first, and even though his friends and family couldn’t be there to share the moment, he says he’s just grateful the Olympics happened at all.

“I’m just grateful it went ahead because if it didn’t it would have been done forever,” he says. “I’m glad it went ahead and I was able to create something and inspire people.”

A dad now to baby George, and more of a household name due to a post-Olympic training break in which he took part in Strictly, his life has obviously changed a lot since his first Olympic gold medal in Rio, which he writes about in his new autobiography, but he still has his eyes on the prize. 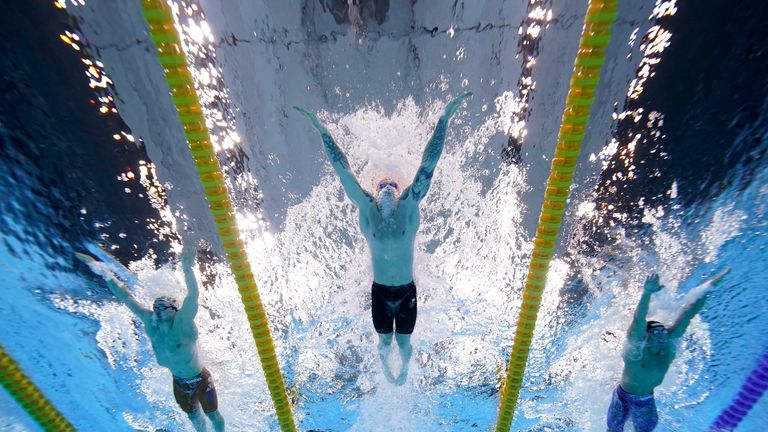 “Obviously Paris is on the cards and hopefully if I get what I want there, then it’s LA 2028,” he says.

“If I can do what I do there then I don’t know. I’m already living my boyhood dream so that would be my ‘man’ dream.”

And right now the 26-year-old doesn’t see why those dreams need an endpoint.

“I’m not going to let someone say, just because I’ve reached a certain age I’m not a good swimmer anymore – that doesn’t make sense,” he says. “The reason I’m the fastest swimmer in the world is because I’ve thought differently.

“Seven more years to set a time that no one will ever beat and achieve sporting immortality – the right way.”