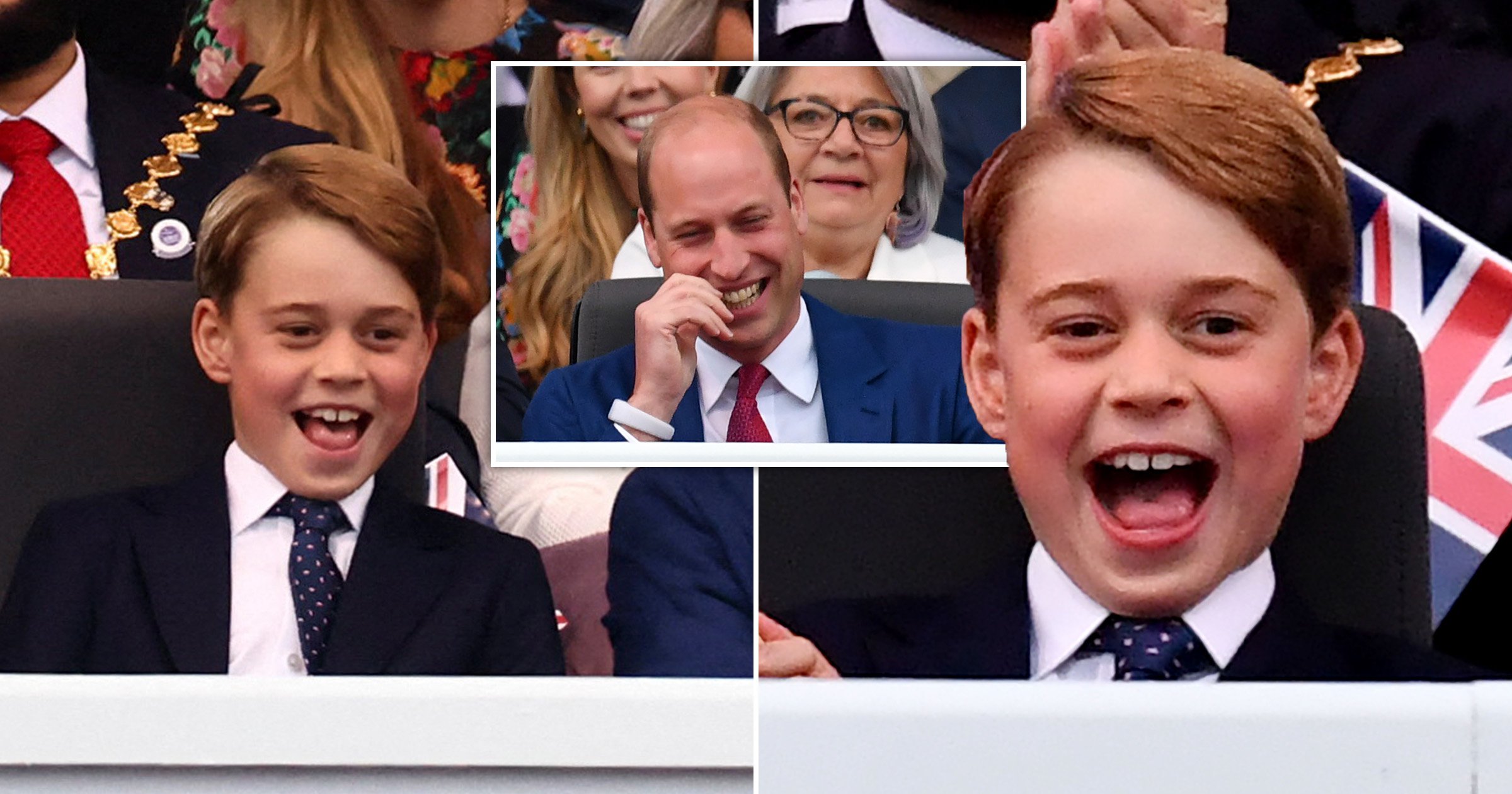 Prince William and Prince George melted the hearts of Brits as they sang along to Sweet Caroline at the Platinum Jubilee party at Buckingham Palace.

A crowd of 22,000 people in London and a television audience of millions witnessed the unexpected moment.

While Sir Rod Stewart lost his voice at times during his performance, the adorable dad and son duo belted out the lyrics while waving Union Jack flags.

As the eldest of the Duke and Duchess of Cambridge’s children, the public’s eyes are always on George, who is third in line to the throne.

His knowledge of the Neil Diamond song, which became an anthem for football fans during Euro 2020, is a sign Britain’s future is ‘in safe hands’, according to Twitter users.

Dressed in a mustard yellow blazer, Mr Stewart ended his set with ‘Up the NHS’ and ‘God save Ukraine’.

There was a mixed reaction to his cover, with some people saying ‘a serious crime’ had just happened in the palace when he ‘murdered’ the song.

‘Your “strength and stay” is much missed this evening, but I am sure he is here in spirit. My Papa would have enjoyed the show and joined us wholeheartedly in celebrating all you continue to do for your country and your people.’

Dust off your Union Jack bunting, Queen Elizabeth II’s Platinum Jubilee is well and truly upon us.

Visit Metro.co.uk’s Platinum Jubilee page for all the latest updates.

Bungling burglars break into hotel only to find it completely empty