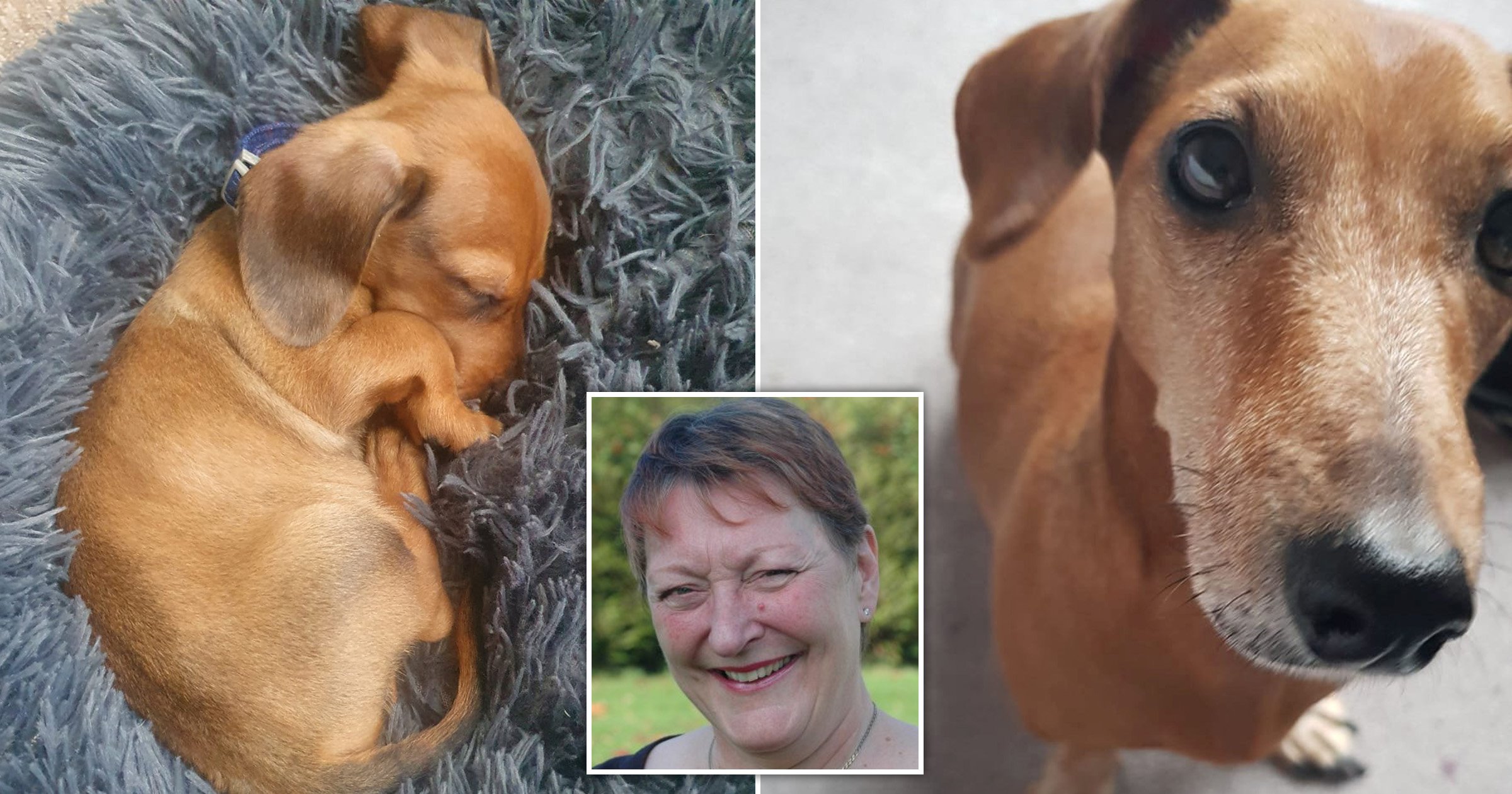 A sausage dog died after being sent ‘flying into the air’ by an electric scooter riding on a pavement.

Sue Reynolds was out walking her 14-year-old dachshund Jumbo when the vehicle drove through its lead and flung the tiny pet across the pavement.

The 72-year-old said her beloved dog ‘faded’ away after being badly injured – and the ‘aggressive’ rider blamed her for the incident before riding off.

She fumed that the popular machines have become ‘the bane of society’ and warned more people and animals could be injured by them.

Heartbroken Sue from High Wycombe said: ‘It was horrendous, and I can’t un-see it.

‘I shouted at him to stop or slow down, but he went right through the middle of the lead.

‘It threw Jumbo flying through the air, and he landed on the road with such a slump that I don’t think we could have got past that.

‘I picked him up, he was bleeding from his mouth, he just faded away, I had blood everywhere.

‘My house feels empty without Jumbo. He was with me through thick and thin.’

Sue reported a man in his 20s to the police over the incident, which happened at around 8.15am on May 12.

Zipp Mobility, which rents out e-scooters in the town, said it was investigating what had happened.

It is not clear whether the electric scooter in this incident was rented from Zipp or privately owned.

Sue said: ‘E-scooters are the bane of our society at the moment.

‘It’s about time they did something about it before someone is killed – and someone will be killed if it continues like that.

‘You can’t hear the scooters until they’re right on top of you.

‘A lot of people have said they’re now nervous being on the pavement.

’People shouldn’t have to live being frightened all the time that they will be flattened.’

‘Officers are making further enquiries with regards to the incident.’

A spokesperson from Zipp Mobility said: ‘We are very sorry to hear about this tragic incident.

‘We are now investigating this incident.’