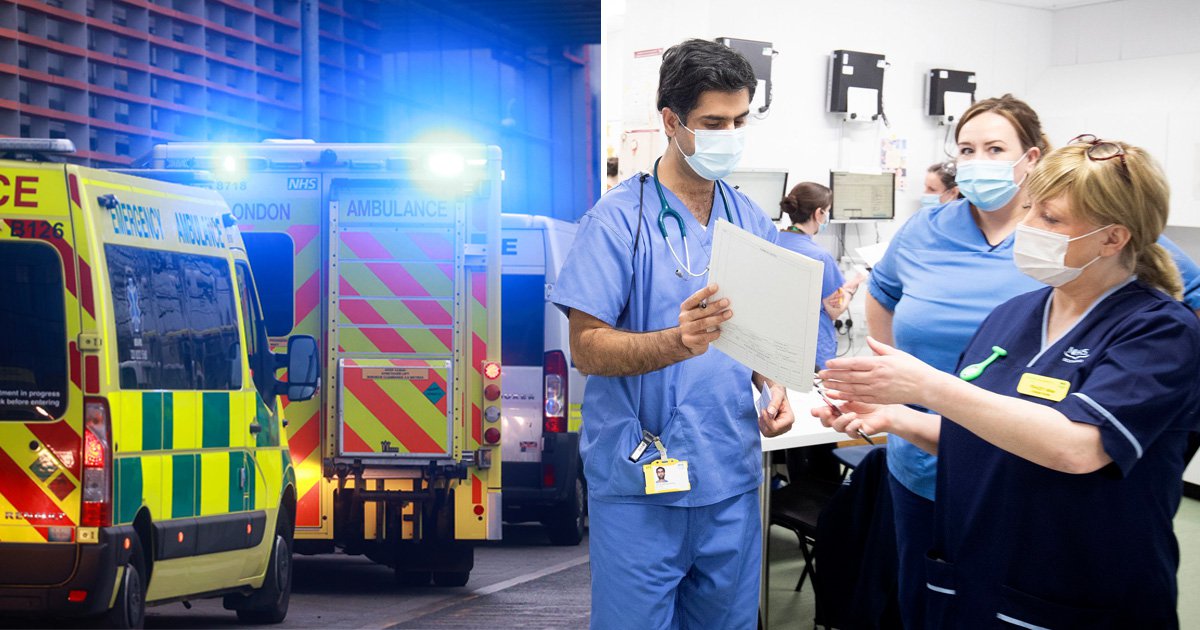 Anxious parents are putting unnecessary pressure on the NHS by taking their children to A&E, even if they only have a mild fever.

Doctors have described the strain on their departments as being like ‘winter in June’ as panicking parents are bypassing GPs and heading straight to A&E when their children get ill.

It is not just Covid that parents are worried about. Many viruses have been suppressed during the lockdown period but, with schools and play groups opening up again, diseases are circulating more rapidly.

Parents whose children were born just before or during lockdown haven’t had to deal with their child getting a fever before and often don’t know what to do, experts say.

New guidance has been issued by doctors in the hope of relieving some of the pressure being placed on A&E.

Some of the conditions being seen include respiratory infections, bronchiolitis, paraflu and rhinovirus, all of which produce symptoms of cough, runny nose and fever but don’t usually require hospital treatment.

The Royal College of Paediatrics and Child Health (RCPCH) said the conditions are usually mild, but it has heard from its members around the country describing pressures on their departments from an increase in children being brought in.

Its urged parents to seek help from their GP, NHS 11 or online before resorting to A&E.

When should you take your child to A&E?

Dr Camilla Kingdon, president of the RCPCH, said: ‘Many emergency departments are currently overwhelmed and there has been a particularly steep rise in the number of young children presenting.

‘Some have seen the highest ever numbers of children in their department and waiting times can be huge.

‘The biggest increase we’re seeing is in children with mild fever. Fevers are very common in young children and usually aren’t serious.

‘But many parents haven’t seen fever in their child before and are worried, particularly if they don’t have their usual sources of support to turn to, such as parent groups.’

One emergency paediatrician described the situation as ‘winter in June’, with data from four hospitals showing May attendances for those aged 15 and under rose from 15,954 in 2018 to 23,661 this year.

Dr Dan Magnus, consultant in paediatric emergency medicine at the Bristol Royal Hospital, said: ‘We had an incredibly busy week last week – in fact on Monday we set a new record for the number of children seen in 24hrs in our department ever, and that’s in the middle of summer.

‘We are effectively running a winter-level ED (emergency department) response in the summertime.’

They say that, for most children, treatment with children’s paracetamol or ibuprofen (but not both at the same time) is usually enough to reduce the fever and the child will start to feel better after a few days.

Queen Elizabeth II news: Why does Prince Philip prefer to live apart from the Queen?