Home » Europe » Affairs, exiles and beheadings: The reigns of King Charles I and II

King Charles III: Well wisher tells monarch 'you will do it'

On Thursday, September 8, it was confirmed that Queen Elizabeth II died at the age of 96. An official Buckingham Palace statement read: “The Queen died peacefully at Balmoral this afternoon. The King and The Queen Consort will remain at Balmoral this evening and will return to London tomorrow.”

Her Majesty’s death marked the end of her historic 70-year reign and the beginning of her son King Charles III’s time on the throne.

As he embarks on his first day as King, Express.co.uk delves into the life of the new King Charles and the monarchs by the same name who came before him.

Proclaimed as King in 1625, Charles I was an unpopular monarch who spent the entirety of his reign in conflict with his parliament. His reign saw the temporary downfall of the monarchy and the establishment of an English republic. 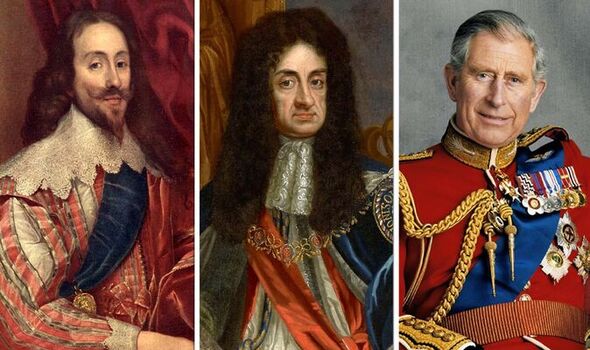 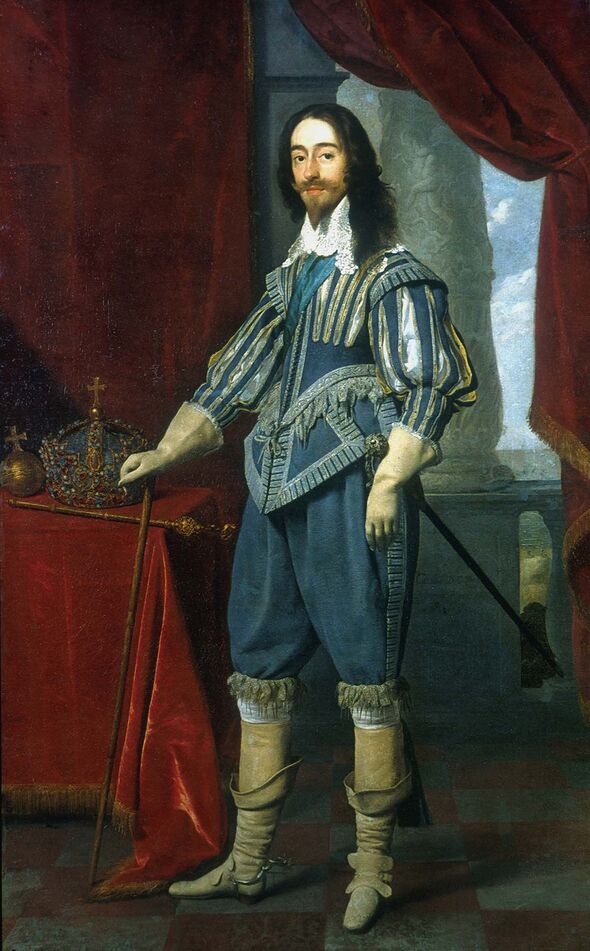 Charles was born in Fife, Scotland in 1600 to his parents King James VI of Scotland and Anne of Denmark. He was the second son of King James and Queen Anne and became the Duke of York when he was five years old.

He was born a weak and sickly child, plagued by physical ailments which required him to wear braces for his ankles in order to strengthen his legs. Charles also had a stutter which remained with him into adulthood.

The Duke was close with his elder brother, Henry Frederick, Prince of Wales, whom Charles admired and wished to emulate. Henry was heir apparent, destined to succeed James VI, but sadly died at the age of 18 from suspected typhoid.

Charles was 11 at the time of his brother’s death and when his royal future changed forever. He instantly became heir apparent and gained several titles, including Duke of Cornwall and Duke of Rothesay. Four years later, he was made Prince of Wales and Earl of Chester. 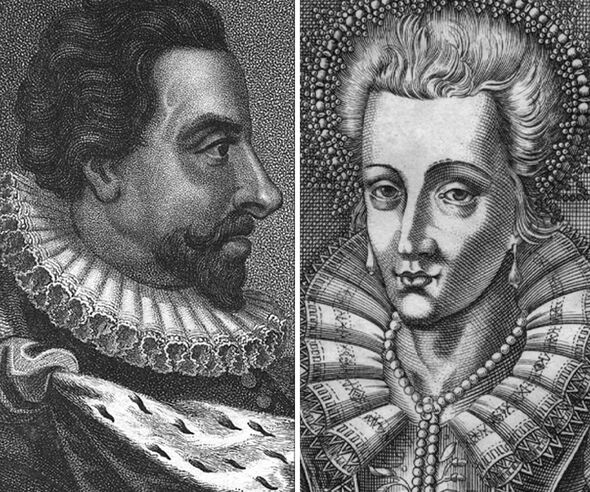 By 1624, James VI’s ailing health became increasingly apparent, placing more responsibility in the hands of his son. On March 25, 1625, James VI died leaving Charles to ascend the throne and embark upon his controversial reign.

Soon after his accession, Charles I married Bourbon Princess Henrietta Maria of France, a union which angered protestant religious groups. While the marriage proved successful for the King, producing five surviving children, it sparked concern among others — namely those in parliament who feared his wife’s Roman Catholic background would cause religious problems closer to home.

They were proved right, many of Charles’ clashes with parliament involved religion. Many members of parliament were Puritans — a group of extreme Protestants who wanted to reform the Church of England and get rid of all the Catholic traditions — and became offended by Charles’s religious tolerance.

The King also argued with parliament, which wanted to curb his powers. Charles continuously turned to parliament to grant him money to fund his wars and his luxurious lifestyle. And when members began to refuse his requests, the King dissolved parliament, and for 11 years, from 1629, he ruled the country without it — a period which became known as Charles’s Personal Rule. 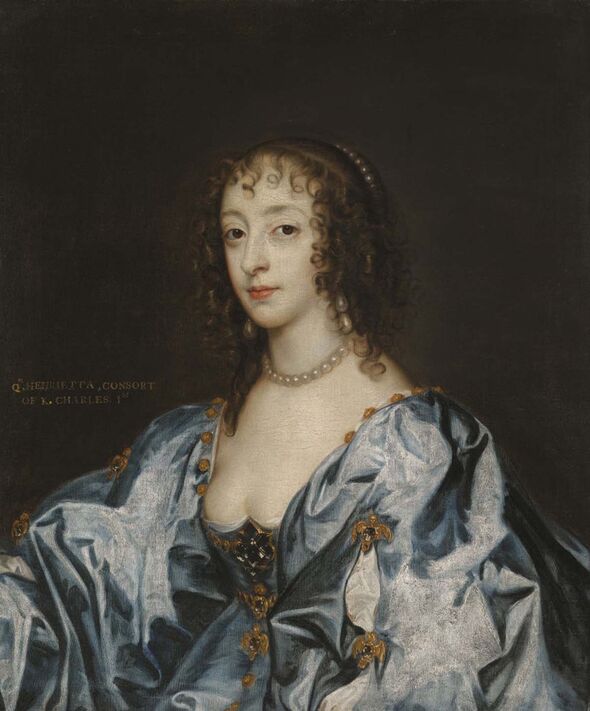 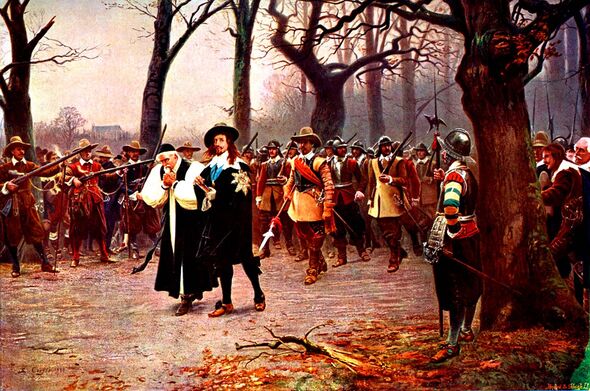 Charles I fought the armies of the English and Scottish parliaments but was defeated in 1645. Having fled to Scotland, the King was turned over by the Scots to Oliver Cromwell, who led the armies of the Parliament of England.

Charles was charged with high treason “against the realm of England” and sentenced to death.

On January 30, 1649, he was beheaded on a scaffold outside the Banqueting House in Whitehall, London. For the next 11 years, Britain was a commonwealth — a country without a monarch.

Charles II was the eldest surviving son of Charles I. He was proclaimed King of Scotland upon his father’s execution but failed to reclaim England after being defeated by Cromwell at the Battle of Worcester in 1651. 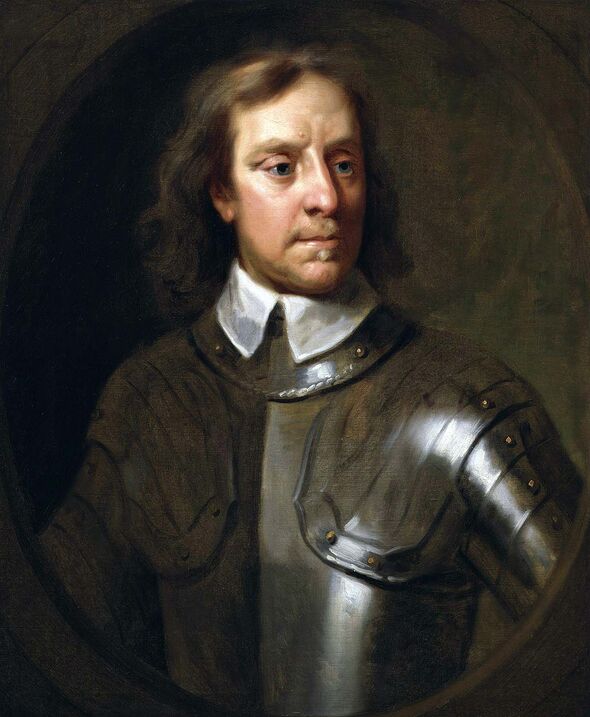 He then fled to mainland Europe where he spent nine years in exile.

Following the death of Cromwell in 1658 and the resignation of his son, Richard, the next year, Charles was invited to return to England as King.

In 1660, parliament proclaimed the new monarch as Charles II; because this restored the monarchy in Great Britain the period of his reign is known as the Restoration.

Many of his father’s problems were sparked by disagreements over religion, so Charles II was tolerant in religious matters. He accepted both Catholics and Protestants in Britain, despite the widespread anti-Catholic feeling at the time.

In 1662, Charles married Catherine of Braganza — a Portuguese princess; they had no children together. 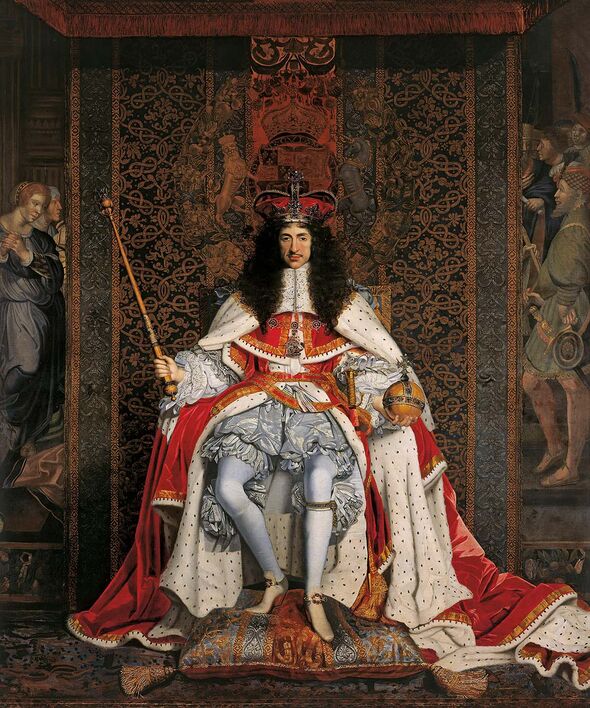 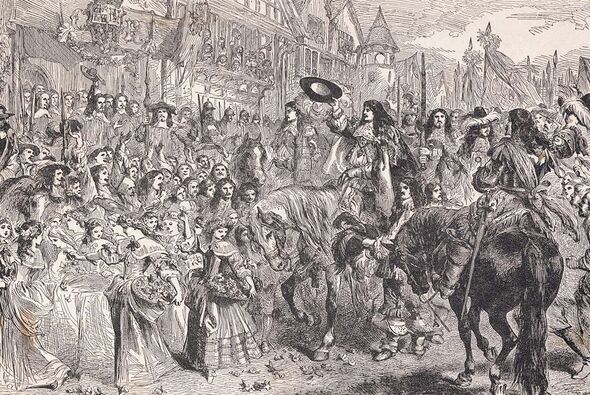 While Charles II avoided religious problems, his reign became marked by disasters out of his control. In 1665, the King fled London for Salisbury as the plague hit London, killing thousands.

The following year, in 1666, Charles and his brother James joined and directed the firefighting effort during the Great Fire of London. Both disasters led to the deaths of more than 70,000 people and the destruction of large parts of the capital city.

While Charles had no legitimate children, he did have 12 children by seven mistresses, leading to the nickname “Old Rowley”, the name of his favourite racehorse stallion.

He died on February 6, 1685. The throne then passed to his younger brother, who became James II.

The present Dukes of Buccleuch, Richmond, Grafton and St Albans are descendants of Charles, while Diana, Princess of Wales, descended from two of Charles’s illegitimate sons — the Dukes of Grafton and Richmond. 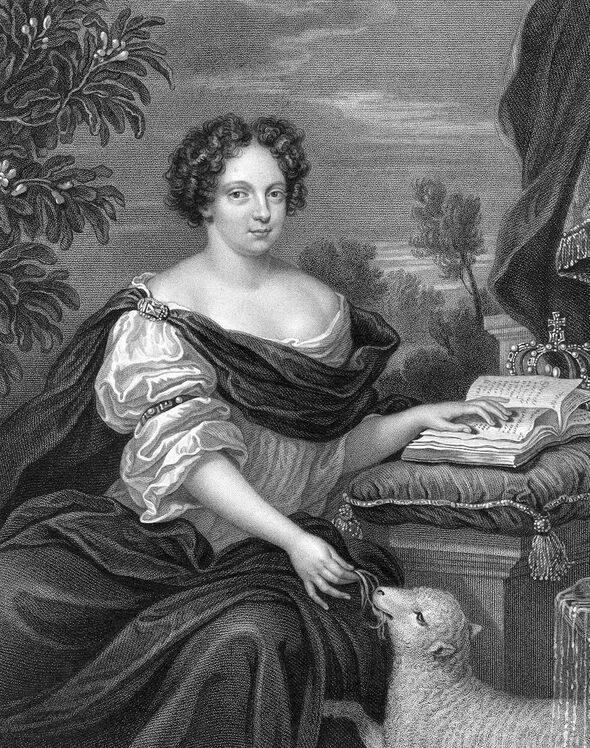 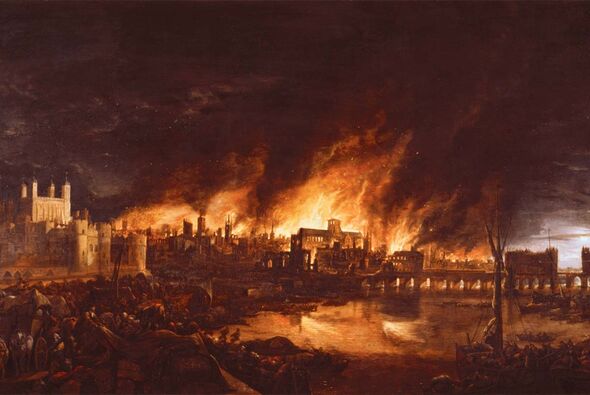 Diana’s eldest, Prince William, Duke of Cornwall and Cambridge and heir to the British throne, could be the first British monarch descended from Charles II.

Charles III chose to use his Christian name as his official name as monarch, a break in royal tradition but following in the footsteps of his late mother. This was the first decision of the new king’s reign; he could have decided to use any of his four names — Charles Philip Arthur George.

Charles was the longest-serving Prince of Wales in British history, holding the title for 63 years having been made the Prince of Wales and Earl of Chester in 1958 at the age of 10, though his investiture was not until 1969.

He became heir apparent in 1952, when Queen Elizabeth II ascended the throne, meaning he has had decades to prepare for his new role. 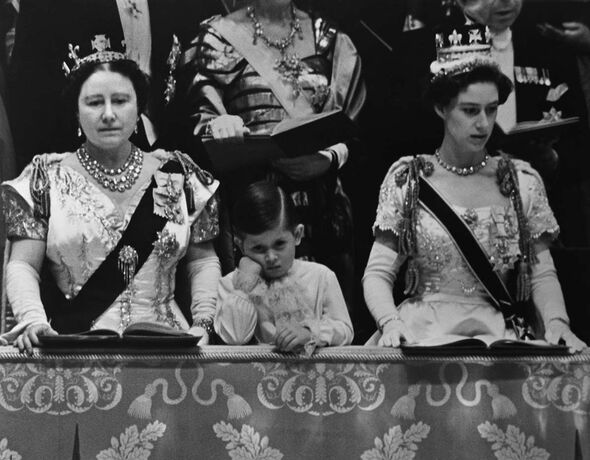 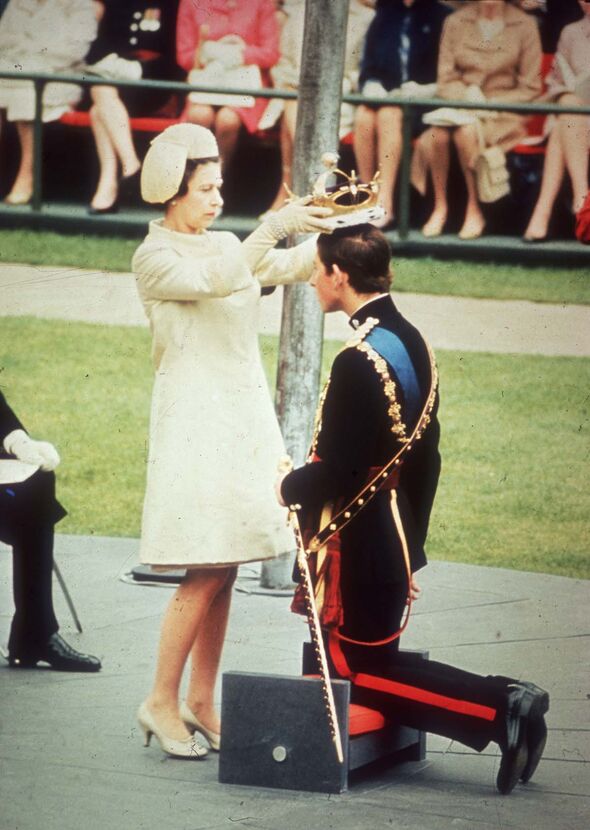 His childhood was largely spent away from his parents, the Queen and Prince Philip, having been sent to boarding school in Scotland rather than being taught by a private royal tutor. He later attended Cambridge University and graduated with a Bachelor of Arts degree in history.

The young prince then served in both the Royal Air Force and the Royal Navy, being deployed on several warships during the Seventies.

In 1981, after years of being a bachelor, Charles married Lady Diana Spencer, who became the Princess of Wales. The couple had two sons, Prince William and Prince Harry, who are first and fifth in line to the throne.

It is perhaps Charles’ personal life that has been the main contributor to public perception of the King. While the blossoming romance between Charles and Diana was initially celebrated, there were signs of trouble from the very beginning.

Their wedding was a worldwide spectacle which was seen as the securing of a future Royal Family. However, it soon became clear that the couple were not happy together.

The breakdown of their marriage unfolded in the public domain, with Charles often unwittingly playing the role of villain in the eyes of the public and on the pages of tabloid newspapers.

Charles and Diana separated in 1992 after years of enduring a tumultuous relationship. Asked post-split whether she thought Charles’ long-time confidant and love interest Camilla Parker Bowles had contributed to the dissolution of her marriage, Diana said: “There were three of us in this marriage, so it was a bit crowded.” 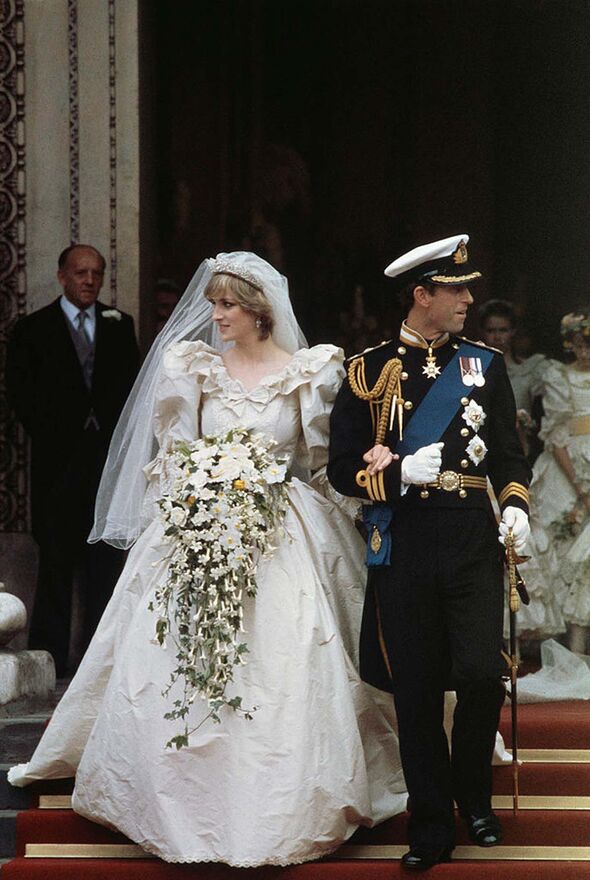 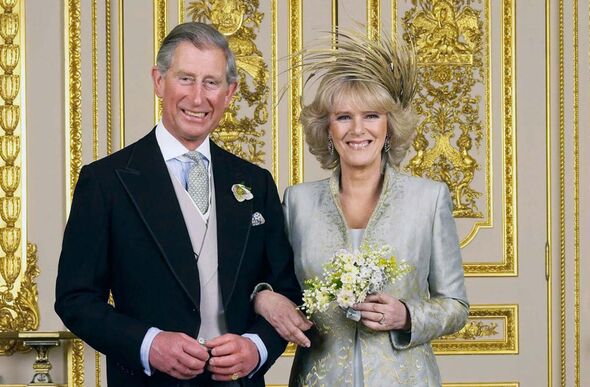 When Diana died tragically in a Paris car crash in 1997, Charles’ public image was so tarnished that many wondered if he could ever become king at all. Camilla was deemed the “most hated woman in Britain” and the future of the monarchy appeared unclear.

It took years of proving himself as the dedicated father to his two grieving sons for the prince and forging his own role as the Prince of Wales, which included advocating for important matters and spearheading charity initiatives, to rebuild his reputation.

When he married Camilla in 2005, it was decided that when his accession did come, his wife would be named Princess Consort. But, earlier this year, the Queen revealed it was her “sincere wish” that her daughter-in-law becomes Queen Consort once Charles ascended the throne.

In a statement, Charles said he and Camilla were “deeply conscious of the honour represented by my mother’s wish”.

It is expected that Camilla’s new title will be revealed in the coming days.

But his romantic relationships were not the only source of controversy during his time as Prince of Wales. Charles has been known to make his public opinion known, despite the royals’ typically avoiding voicing their own views on certain matters. 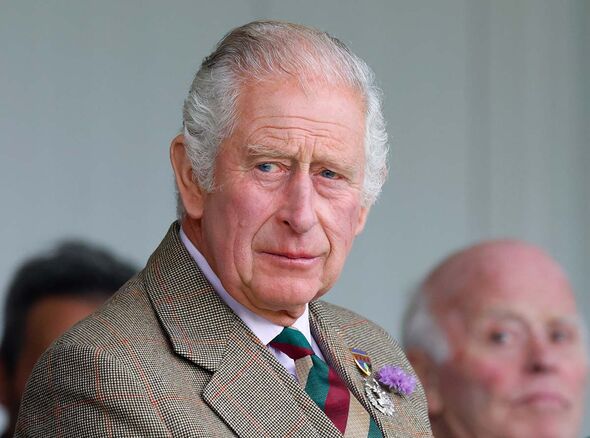 Throughout his long wait to ascend the throne, King Charles has been outspoken on everything from climate change to architecture. Some have accused the royal of meddling in political and social matters that may not concern him, but the King has always believed he should be able to speak his mind on issues which he feels are important.

However, the King has previously said he is aware that heir-to-the-throne and sovereign are two very different roles.

In a 2018 documentary to mark his 70th birthday, Charles said: “The idea, somehow, that I’m going to go on in exactly the same way if I have to succeed, is complete nonsense because the two – the two situations — are completely different.”

Asked whether his public campaigning would continue when king, he said: “No, it won’t. I’m not that stupid.”

Tomorrow, September 9, King Charles III will be proclaimed the nation’s new monarch at an Accession Council at St James’s Palace. It is the first official event the King will attend.