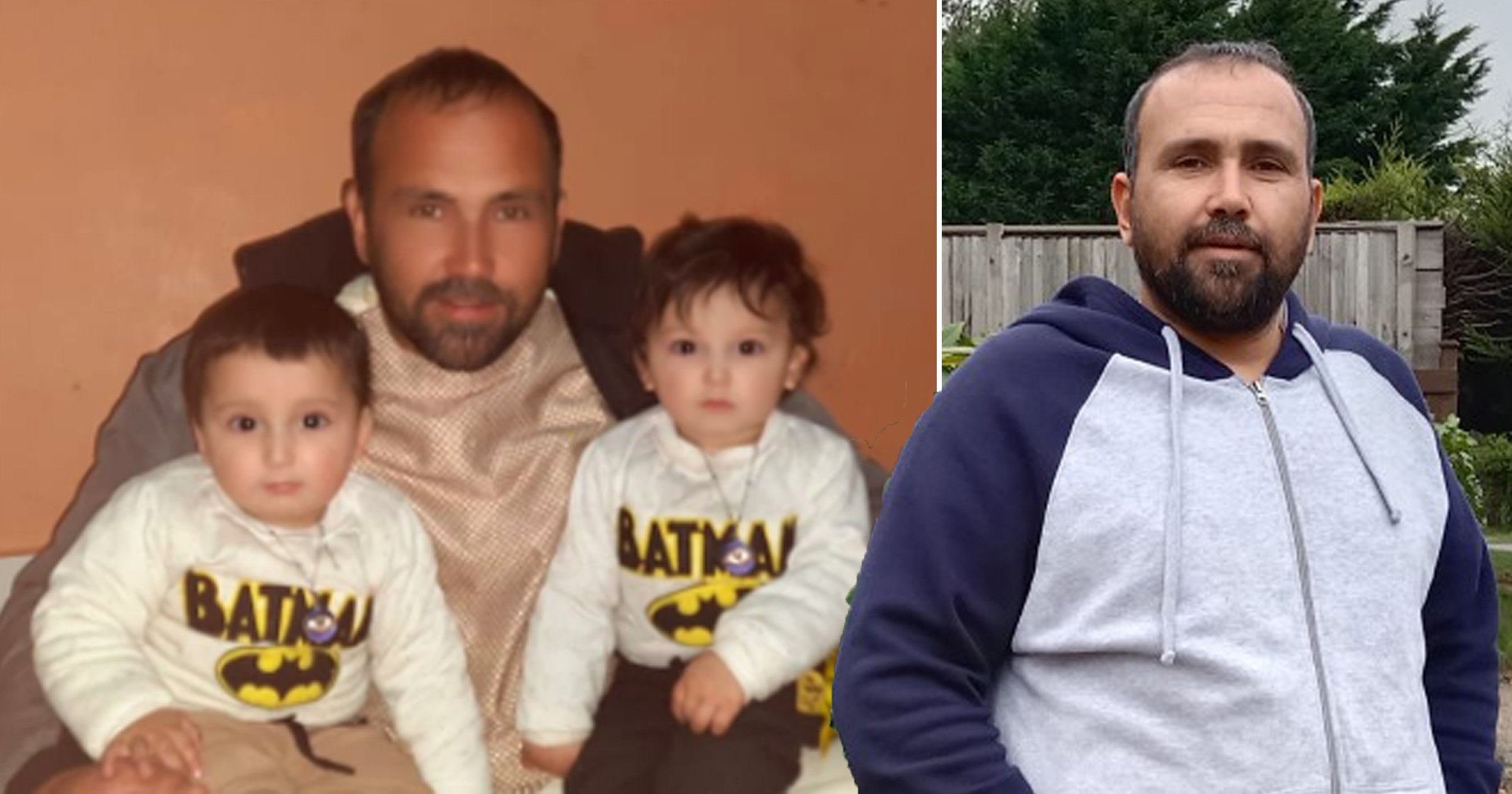 An Afghan family has named British people ‘angels’ for warmly welcoming them as they finally made it to the UK after fleeing the Taliban reign of terror.

Eid Mohammad Sultani, 38, raced to the airport with his wife and sons Sahil, 10, and Sohai, 8, when the militant group took over in August.

But they were left behind when the devastating Kabul suicide bombing that killed almost 200 people stopped them from making their flight.

Fearing for their lives if they stayed, they endured a harrowing three-month journey before finally landing on British soil on November 27.

Father-of-two Eid says he ‘can’t find the words’ to describe how good the people he’s met have been to him since he arrived.

But he is terrified for his family in Afghanistan, with millions facing poverty as the country teeters on the edge of economic meltdown.

‘In our war-torn country, we have had very heavy moments, even during the time we had normal lives over there’, Eid says.

‘But we face very nice behaviour in the UK. It’s made us so happy. All of the people we’ve met, we should call them angels.’

The US and the UK said no one could have predicted the Taliban’s swift takeover, but Eid began to make escape plans as the Taliban made territorial gains in July.

He knew life would become impossible for him as he had previously worked as an interpreter with the UK forces, as well as with different NGOs and other Government agencies.

After getting a relocation offer letter from British embassy, he travelled to Kabul to get passports for his family – but his hard work was destroyed when the capital fell on August 15th.

‘They ruined everything’, he said. ‘I couldn’t even withdraw my money from my bank. I thought it wasn’t possible to get evacuated.

‘We were contacted by the British embassy to get to the airport but we couldn’t make it.

‘We tried more than three to four times, there were thousands of people on every gate.

‘We even tried when there was the bomb blast. I remember everyone started running away. I was worried for my wife and kids. I didn’t want to die.

‘We knew if we stayed longer, we could be arrested by Taliban and we could be imprisoned or even shot.’

Eid and his family tried not to lose hope as the last UK civilian evacuation flight left on August 28th, leaving them behind.

A whistleblower has accused the British Government of ignoring thousands of pleas for help, claiming just 5% of Afghan nationals who applied for help received it under one UK scheme.

Not knowing what else to do, Eid began messaging UK who were volunteers helping people to safety.

The family got to Pakistan on October 10 but had no legal documents and were initially trapped in a room with no hot water or facilities.

‘We were like prisoners in Gwadar’, Eid said. ‘We could not go out for shopping. You’re in fear of being arrested.

‘We eventually got to Islamabad where we were interviewed by authorities. That was the most difficult part. We knew they’d created difficulties for some of our friends, cancelling their visas and postponing their flights.’

After months of wondering if they’d make it to safety, the Sultani family landed in Oxford on the morning of November 27th.

‘It was the most exciting moment’, Eid says. ‘Like if you are carrying 50kgs weight on your shoulders, and suddenly you lose it. We were so happy.’

The family is currently one of hundreds staying in ‘bridging’ hotels across the UK as they wait for permanent homes.

Just 5% of Afghan nationals who applied for help to flee the country under one UK scheme after the Taliban swept to power received help,

Describing their experience, Eid said: ‘My wife had an appointment with the GP here when we started the forms and registration and she started crying.

‘When the doctors asked why, she said she was crying because of this behaviour that the UK people are doing with us. She said: “I cannot control myself that how good people are here”.

‘The children are very happy because they got toys like scooters from councils and some warm thoughts. They’ve been taken to play football and golf, they’ve been taken such good care of too.’

While Eid is looking forward to starting his new life in England, he is anxious for his older brother and elderly mother who are both still in Afghanistan.

Hospitals are closing due to lack of supplies and newborn babies are already dying from malnutrition, amid drought, famine and Covid-19, experts have warned.

Not one country has formally recognised the Taliban as the new Afghan Government amid distressing reports of countless human rights breaches.

But the international community is under pressure to unfreeze millions in aid to help prevent a humanitarian catastrophe.

A crisis appeal has been launched as eight million children remain at risk of starvation – with one million aged just under four.

Chief Executive of The Disasters Emergency Committee (DEC) Saleh Saeed said: ‘The situation in Afghanistan is beyond horrific – we can’t just sit back and watch.

‘If we don’t act now, many lives could be lost as the harsh winter sets in, with children amongst those most vulnerable.’