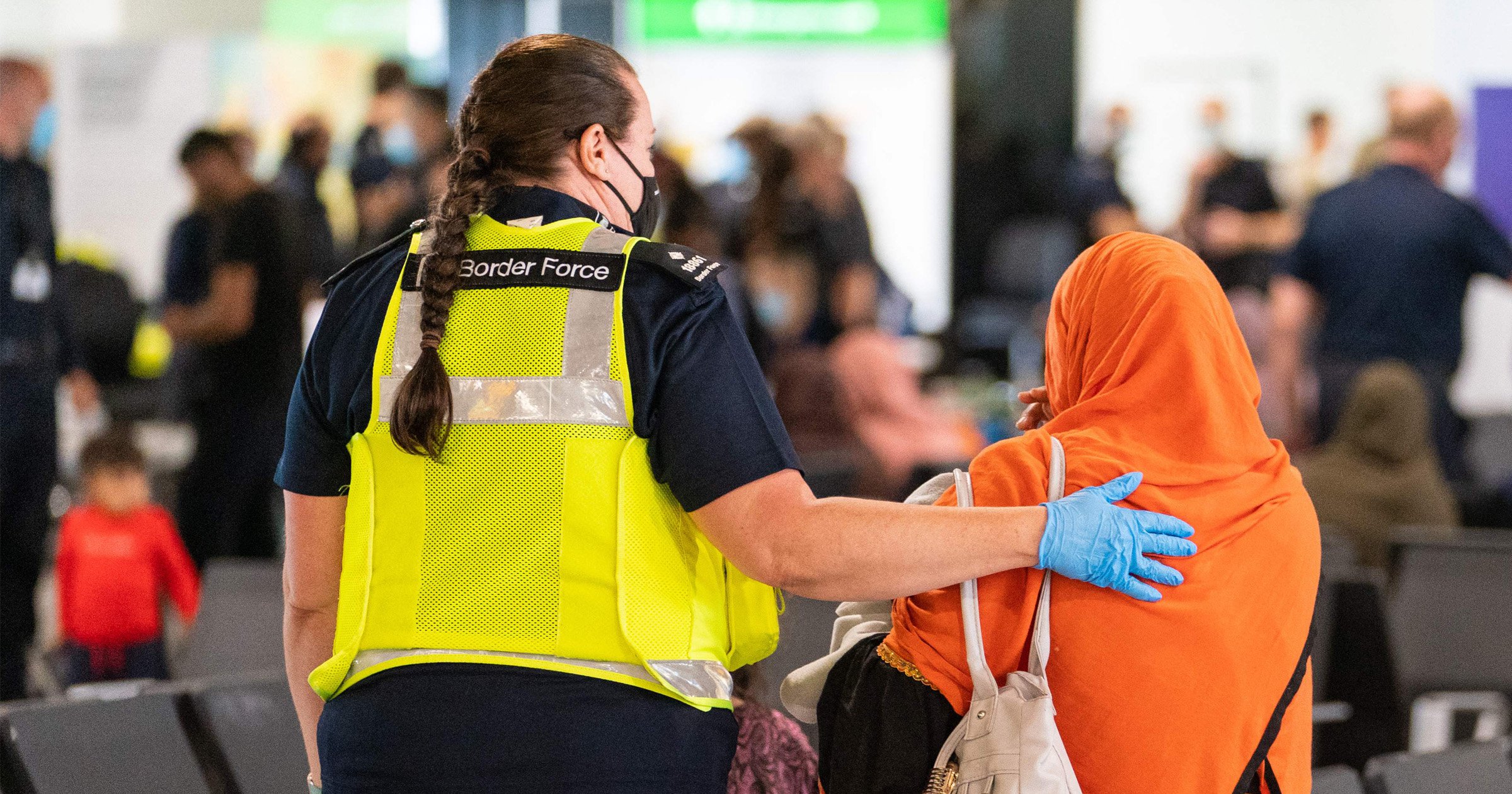 Afghans recently resettled in Britain have spoken of their wish to return to the Taliban-controlled country.

A shortage of available permanent homes meant thousands of those who fought alongside British forces or fled in fear of their lives have been put up in hotels.

Late last month the Home Office permanent secretary Matthew Rycroft said 7,000 were in emergency accommodation, and many would remain there into the New Year.

The resettlement scheme Operation Warm Welcome launched on August 29 but a doctor said he’s had ‘a few patients telling me they want to go home’ already.

He told the Guardian: ‘I had to put him on medication, and his wife, because they were so upset.’

The delivery of the scheme intended to help Afghans rebuild their lives in the UK has come under criticism from numerous angles.

Concerns have been raised about refugees’ access to healthcare and getting registered with a local GP.

The Helen Bamber Foundation said contractors at some of the hotels were unaware of their obligation to get them signed up.

The charity’s lead doctor Jill O’Leary said the Home Office had a ‘blind spot when it comes to vulnerability’.

A spokesperson said: ‘Arrangements by the Home Office and its contractors to house those waiting in interim publicly funded accommodation are medically dangerous.’

In Greenwich, London, the council said nearly 700 Afghans have been resettled locally and slammed the ‘reprehensible’ lack of clarity about what would happen to them once their quarantine period ended.

Deputy leader Councillor Denise Scott-McDonald said on September 9: ‘Having been through hell, the government continues to fail Afghan refugees.

‘These are people who have experienced unimaginable trauma, sleepless nights, and fear for their family members back home.

‘They now have the additional worry of not knowing where they will be sent next. The lack of basic leadership from the government is putting people’s lives at risk.’

A spokesperson for the Home Office said: ‘The UK’s biggest and fastest emergency evacuation in recent history helped over 15,000 people to safety, and hotels remain a temporary measure to help accommodate those we brought here.

‘It is going to take time to find permanent homes for everyone but we are working urgently with our partners to do so.

‘Our aim is to support everyone who is resettled here to build a successful life in the UK, and that is why we work around the clock to provide wrap-around support to families. This includes working closely with local authorities across the UK to ensure everyone temporarily accommodated in hotels has access to essential provisions, healthcare, education and universal credit.’