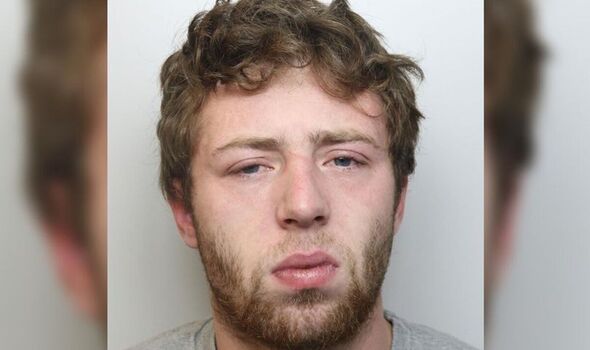 Alan Dugdale made a last-ditch effort to cover up his son’s involvement with drug dealing by flushing his stash down the toilet. Jamie Dugdale, 22, was caught red-handed and claimed he was being forced into selling class-A drugs. Liverpool Crown Court heard that while his son was being arrested, Alan Dugdale came out of his house and began acting “aggressively”.

Officers proceeded to follow him inside when they heard a toilet flushing.

Police found wraps of drugs floating in the toilet and when interviewed, Alan later admitted to trying to “get rid” of his son’s drugs.

He was sentenced to an 18-month conditional discharge and ordered to pay court courts and a victim surcharge.

Derek Jones, prosecuting, told the court that Jamie was arrested after a plain-clothed police officer visited a “well-known area for drug dealing” on Page Lane in Widnes, Liverpool on November 3 last year.

Officers approached Jamie but he fled to his home on nearby Harris Street.

Upon arrest he dropped a single wrap of heroin confessing: “I’m getting forced to deal because of when I went to jail last time”.

Police seized a total of £1,565 in cash from the property.

Jamie, who has three previous convictions for five offences, was jailed for 30 months in 2019 for possession of heroin and crack cocaine.

Upon analysis of his phone reference to requests for “brown”, a slang term for heroin was found.

Philip Tully, mitigating, described Jamie as a “young man with physical and mental issues” but “accepts that what he did was wrong”.

Mr Tully added: “The background is, Mr Dugdale was having to deal with drug addiction himself and being put under pressure by those above him.

“He wants to express his genuine remorse for his actions.”

He told Jamie: “You now regret what you did, involving yourself in the supply of drugs.”