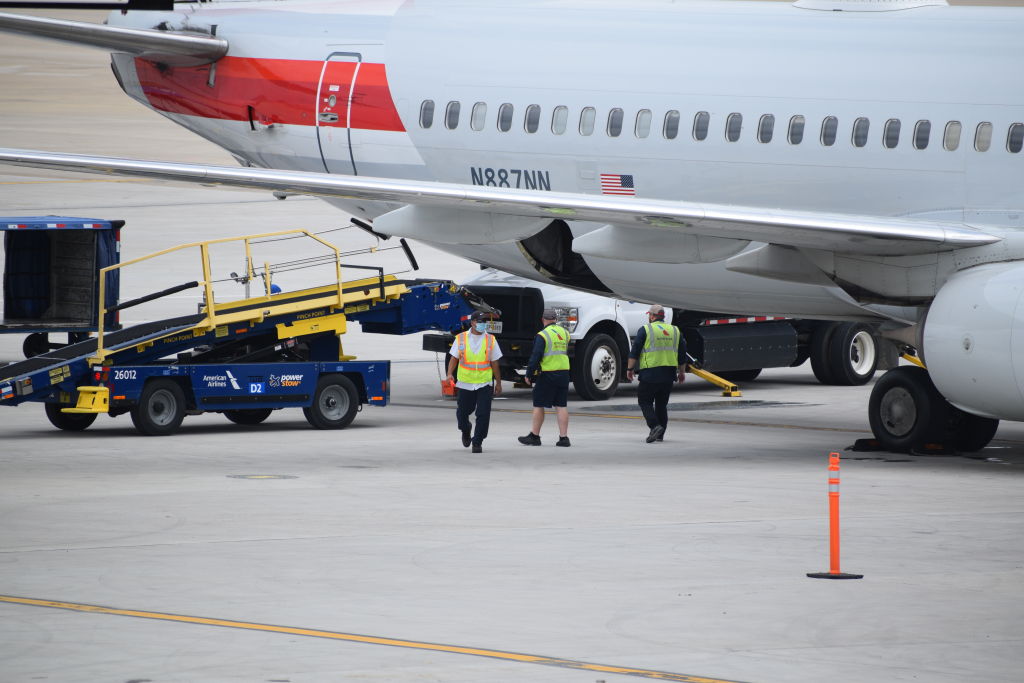 An airline ground crew worker has died after he was ‘ingested into the engine’ of an American Airlines plane in Alabama.

The US National Transportation Safety Board said the worker was killed while the aircraft’s engine was running at Montgomery Regional Airport on Saturday, Insider reports.

The agency has opened an investigation into the death, saying ‘a preliminary report is expected in two to three weeks’.

Airport bosses said the accident occurred around 3pm on Saturday, and the worker was employed by Piedmont Airlines, a subsidiary of the American Airlines Group.

Wade Davis, the airport’s executive director, said: ‘We are saddened to hear about the tragic loss of a team member of the AA/Piedmont Airlines.

‘Our thoughts and prayers are with the family during this difficult time.’

American Airlines added they were ‘devastated by the accident’.

‘We are focused on ensuring all involved have the support they need during this difficult time,’ their statement said.

Last month a man’s body was found on a TUI plane that had flown from Gambia to London’s Gatwick Airport.

The unidentified black male was discovered in the plane’s undercarriage at 4am on December 7.

Royal POLL: Should Charles and Camilla’s trip to Athens be cancelled after holiday ban?

Rail fares to rise by 3.8% in March to ‘ensure continued investment’