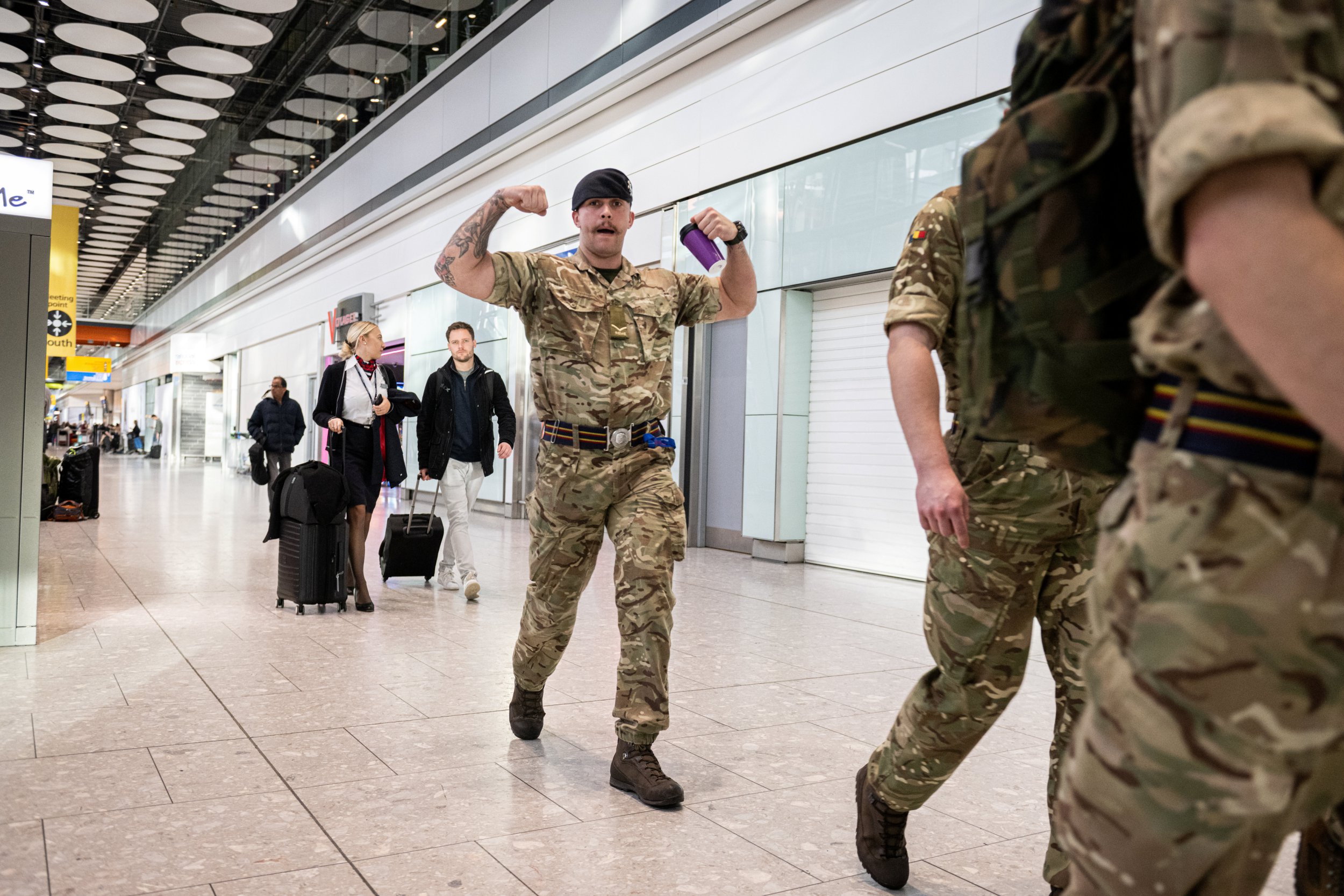 Passengers have praised the Army personnel standing in at UK airports for striking Border Force officers, with some saying it’s the quickest they have gone through the gates in years.

Travellers were warned to brace themselves for delays amid fears the walkout of 1,000 staff working in passport booths could lead to long queues, people being held on planes and late departures.

But the use of military personnel trained to check passports appeared to have prevented them.

A Heathrow spokeswoman said: ‘The morning arrivals peak has started well. Immigration halls are free-flowing at Heathrow with Border Force and the military contingency providing a good service.’

A spokesman for Gatwick said: ‘Everything is going OK at the moment.

‘There’s plenty of staff. The e-gates are all operating. It’s going well. There’s no delays as far as we’re aware, and no queues at the moment.

‘I’m standing in arrivals and passengers are flowing through as normal.’

Aislinn Laing, a co-bureau chief for international news agency Reuters in Spain, wrote on Twitter shortly before 10am: ‘Just flown into Gatwick from Madrid.

‘Military manning border, absolutely no queues, quicker than usual and service from a naval rating with a beaming smile.

‘Was bracing to feel a bit embarrassed about the state my country is in but instead feeling very proud.’

A passenger with the Twitter username @olicohen wrote: ‘Got through Heathrow airport border control in the quickest time in 10 years.

‘Being run with military precision. If only the army could run it permanently.’

Meanwhile, postal deliveries and driving lessons are set to be disrupted by strikes in the days before Christmas.

They will continue their strike into Saturday, when staff represented by the Rail, Maritime and Transport (RMT) union, Abellio London bus workers and Environment Agency workers will launch separate waves of action.

This follows two days of strikes by NHS staff, with thousands of nurses walking out on Tuesday and ambulance workers joining picket lines on Wednesday.

Prime Minister Rishi Sunak said he is ‘sad and disappointed about the disruption that is being caused to so, so many people’s lives, particularly at Christmas time’.

He went on: ‘When it comes to the difficult question of setting public pay, the Government has acted fairly and reasonably in accepting all the recommendations of the public sector pay review bodies.’

Mark Serwotka, general secretary of the Public and Commercial Services (PCS) union said travellers could face months of disruption unless the Government comes forward with an improved pay offer for Border Force staff.

‘We think that the action at the borders is going to be very effective. We hope that the Government will therefore do the right thing and get around the negotiating table and put some money upfront,’ he told BBC Radio 4’s Today programme.

‘If not, we are raising money. We have a strike fund that means we can sustain this action. Our strike mandate lasts right up until May. We will be supporting this action up to May and we would re-ballot again if we have to.

‘I think in January what you will see is a huge escalation of this action in the civil service and across the rest of our economy unless the Government get around the negotiating table.’

National Highways workers responsible for motorways and major A-roads in London and the South East, also represented by the PCS, will continue their four-day walkout, which started on Thursday.

Postal workers represented by the Communication Workers Union walked out for their fifth day of December action in a move Royal Mail criticised as ‘a cynical attempt to hold Christmas to ransom’.

The company said it will be doing all it can to deliver Christmas mail, saying the industrial action has cost it £100 million.

RMT railway workers will stage another strike from 6pm on Christmas Eve, which could prevent people from making it home for Christmas.

BREXIT WARNING: No deal to leave Ireland on brink of recession and cost 100,000 jobs