Carol Vorderman talks about growing up in 'extreme poverty'

But campaign groups said a 200,000 fall in poverty ­numbers in 2020/21 would be reversed ­as rising inflation pushes up food, fuel and energy bills. The analysis affecting as many as 3.6 million youngsters was from April 1, 2020 to March 31, 2021, when families received a £20 Universal Credit Covid uplift. Now the benefit is back to its original level, there are fears of rising numbers of hard-up households.

Joseph Howes, chairman of the End Child Poverty Coalition of 70 organisations, which carried out the study, said: “The additional £20 support does appear to have affected the ­figures positively in most areas.

“This shows these levels of child poverty do not have to be the norm.

“Surely the wellbeing of the most vulnerable children in our society should be front and centre, particularly as we go through the most severe period of price rises for 40 years.”

He added: “It still feels like we are on the edge of a precipice. There is significant concern the numbers of children in poverty will rise again sharply, with families facing huge cost increases.”

Charity Turn2us found 49 percent of its users with children had no money to live on each week, after covering essential costs. 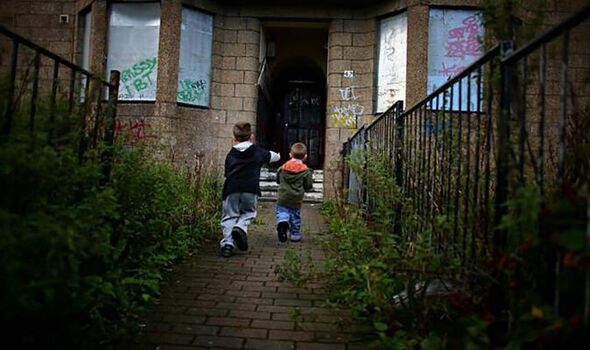 Dan Paskins, ­of Save The Children and vice-chair of End Child Poverty, said ex-chancellor Rishi Sunak’s ­economic package was welcome, ­“but has in reality just kept families treading water”.

He added: “There must now be a focus on the Universal Credit system as a means of helping families on the lowest incomes weather the cost-of-living crisis.”

A spokesman for the Government said eight million of the most vulnerable families would receive at least £1,200 in direct payments from this week, through its £37billion support package.

Woman stabbed to death and girl, 16, injured in night of bloodshed