The ardent Remainer appeared to ignore the Chancellor’s attempt to rebuild the economy following successive coronavirus lockdowns with a cash injection worth billions of pounds. Instead the former Labour spin doctor focused on Mr Sunak’s enthusiasm for “freeports” – areas where goods can be imported without taxes or tariffs.

They are seen as one of the major upsides of Brexit and key to the Tories “levelling up” policy which seeks to distribute the country’s wealth evenly across the UK.

Ignoring these attempts at social mobility, the supposed socialist solely focused on their alleged links to organised criminals.

Shortly after the Chancellor delivered his spring budget, Mr Campbell raged: “Anyone who thought there was nothing on Brexit fm @RishiSunak 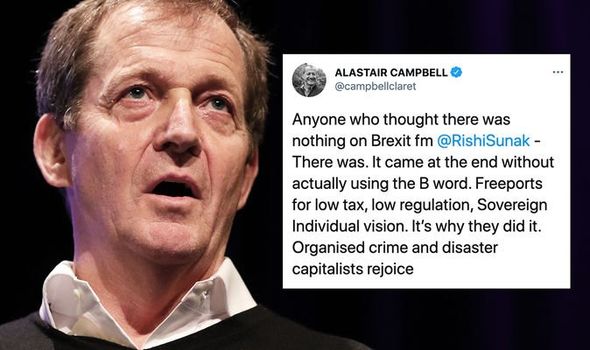 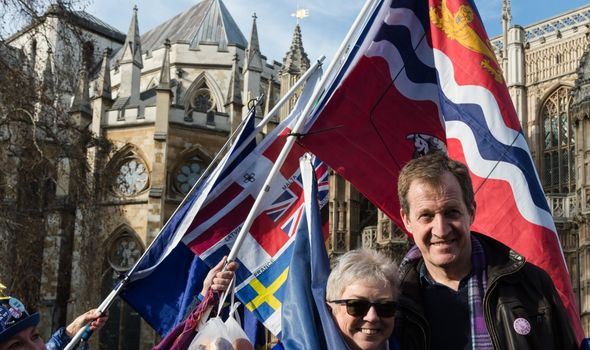 “There was. It came at the end without actually using the B word.

“It’s why they did it. Organised crime and disaster capitalists rejoice.”

Tweeting a picture of the Chancellor, he added: “Think we have seen quite enough of him for a while frankly.” 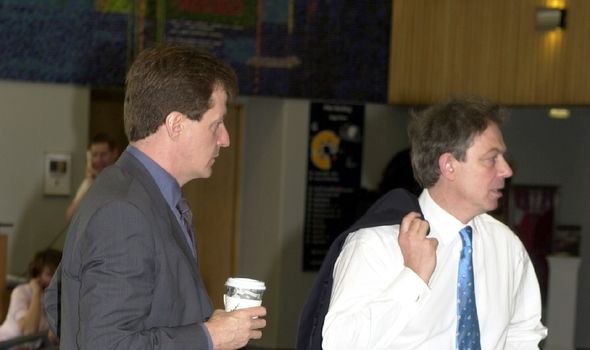 The UK had seven freeports between 1984 and 2012 – throughout New Labour’s time in power until they were abolished under David Cameron’s coalition government.

Announcing the policy, Mr Sunak said they would have “different rules to make it easier and cheaper to do business”.

These include reductions to the tax companies pay on their existing property, and when they buy new buildings. 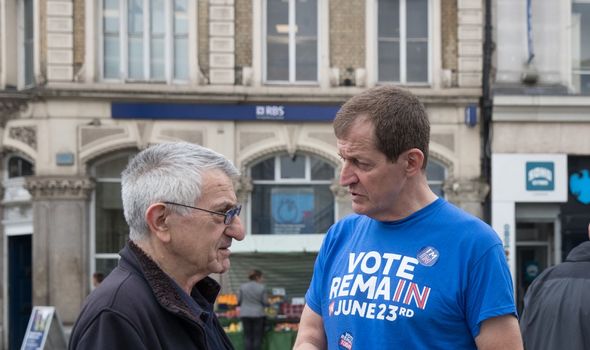 Each one can be up to 27 miles across.

Scotland, Wales and Northern Ireland are expected to announce their own freeport policies.

Before today’s announcement more than 30 areas across England bid to become a freeport.

They were scored against different criteria.

The government said one of the most important was to show how a freeport could bring economic opportunities to poorer regions and “level up” the country. 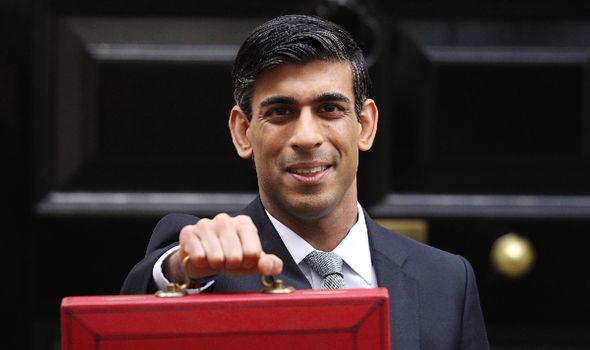 Prime Minister Boris Johnson has said “levelling up” is part of his agenda to boost struggling parts of the UK.

Other factors – such as the impact of Covid on local areas and ensuring freeports are “spread fairly” across England – were also taken into account.

Despite their benefits, some freeports have been linked to tax evasion and organised crime.

Mr Campbell retweeted a 2018 report by Italian authorities on the Trieste freeport in northern Italy.

It said the freeport “clearly exposes the area to the interests of organised crime groups which can invest large sums of capital gained through illegal activities, silently infiltrating the legal economy”.