The network facilitated mainly Albanian migrants through the northern cities of Bilbao and Santander into the UK using ferries and freight shipping routes to Portsmouth, Southampton and Liverpool. It is unclear how many people were smuggled across in this way, but around fifty individuals linked to the network who made the crossing have been identified by the UK and Spanish authorities.

Described by Spanish prosecutors as high-level and well organised, the criminal gang would provide migrants with accommodation and food until they successfully stowed away for their journey.

National Crime Agency (NCA) officers based in both Spain and the UK worked with the Guardia Civil for over a year to identify the ringleaders of the organisation.

Between October 3 and 5 October, seven arrests were made, two in Madrid and a further five in the Basque region.

Among those detained are two men believed to be the heads of the criminal network, who predominantly lived in Albania but were arrested while they were in Spain.

The migrants were believed to have come directly from Albania to Spain for onward travel but were also recruited from camps located around Spanish ports facilities.

During the raids, which were supported by NCA officers based in Spain, investigators seized numerous items of interest, including telephones, computers, bank cards and cash receipts as well as several identity documents and passports of various nationalities. 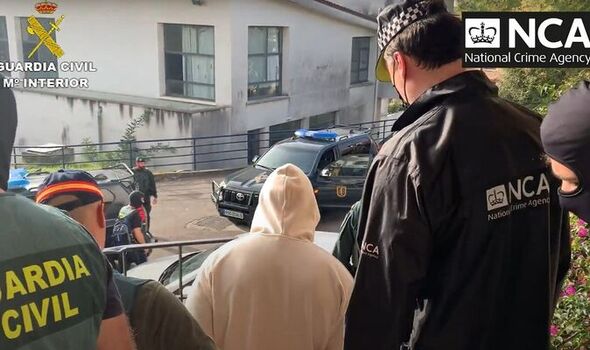 NCA International Regional Manager Steve Reynolds said: “People smugglers put lives at risk, which is why disrupting and dismantling criminal networks like this is a priority for the NCA and our partners.

“In this case, we were faced with a crime group who were prepared to smuggle migrants in lorries over one of the longer ferry and freight crossings into the UK. The dangers of that are self-evident.

“Working closely with our Spanish counterparts we have been able to dismantle their operation and prevent further lives being put at risk.

“This operation demonstrates how the NCA is determined to take action against people smugglers at every step of the route towards the UK, including upstream in transit countries like Spain.”

“Organised immigration crime is something which is constantly evolving, and we are always alive to the changes in the threat, whether that be different routes or methods used by the criminal networks involved.

“The transnational nature of these groups makes international collaboration essential, and we are targeting those that impact the UK at every stage of the journey – from source, in transit, to destination country.

“This is an international problem – people smugglers are not just targeting the UK. We continue to generate and share intelligence with international partners, and UK intelligence has been directly responsible for arresting facilitators both in the UK and overseas.”