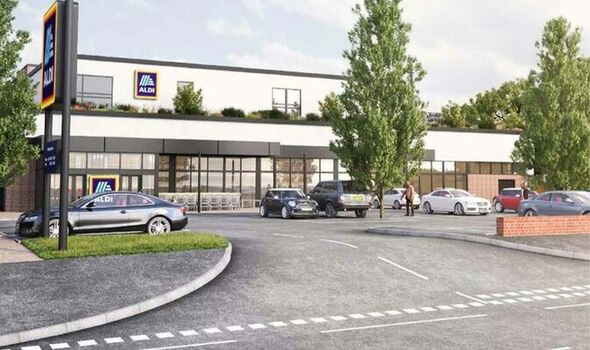 The application for an Aldi store in posh Thames Ditton, Surrey, was rejected by councillors for various reasons, including its impact on immediate neighbours and on local businesses. A statement released by the budget retailer’s property director said the company was “extremely disappointed” with the refusal. The supermarket will also reserve the right to pursue an application of costs against the council if the grounds for refusal are found to be unreasonable, according to the statement.

The store had been planned for the site of the former Guy Salmon Jaguar car showroom in Portsmouth Road, Thames Ditton, and was defeated by 18 votes to two, with four abstentions at a meeting of its planning committee on August 16.

According to SurreyLive, officers had recommended approval of the application, which had seen plans amended to widen the road, and was described in the August meeting as like “no other store in the UK” in terms of its design.

Richard Khodabakhsh, property director for Aldi, said in a statement: “Naturally, we are extremely disappointed that planning permission has been refused, especially as officers had recommended approval of the application, which met all policy requirements, and – in some places – exceeded them.

He added that Aldi had worked “in good faith” with the borough council on the application for the store, which councillors compared to a UFO. Mr Khodabakhsh added: “We remain fully committed to investing in the area and are confident that an appeal will overturn the decision.”

Speaking at the August 16 meeting Councillor Ananya Banerjee (Conservative, Oatlands and Burwood Park) said: “It’s like an alien’s landed and the alien can’t land because it’s just not relatable to the local character.” The application saw more than 650 letters of objection and 245 letters in support sent to the borough council.

Reasons for refusal also included concerns about the increased traffic the shop would bring and the loss of a cycle lane outside the store, which would be partly in the Giggs Hill Green Conservation Area.

An Elmbridge Borough Council spokesperson said: “At this time we have no further comments.”