Home » Europe » Alex Jones files for bankruptcy after being found liable for $1.4billion 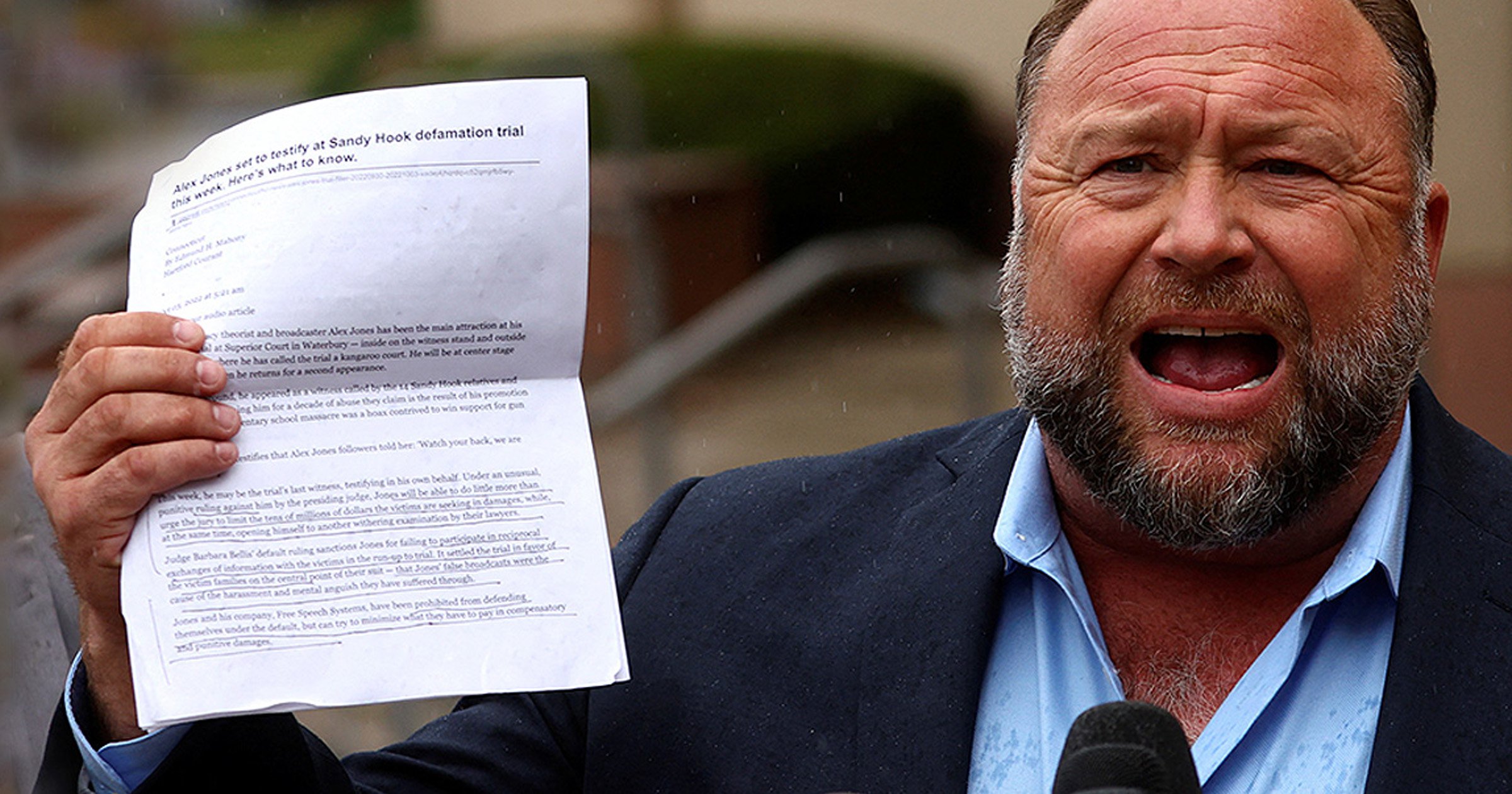 Conspiracy theorist Alex Jones has declared personal bankruptcy just months after he was ordered by a court to pay billions of dollars in damages to the families of victims of the Sandy Hook mass shooting.

According to court records, Jones has filed for Chapter 11 bankruptcy protections in a court in Houston, Texas. The filing will temporarily halt court proceedings in his current defamation cases.

Earlier this year, Jones faced two different defamation lawsuits brought by Sandy Hook families, alleging his assertions that the 2012 tragedy was a hoax.

For years, Jones promoted conspiracy theories that the dead children in the shooting were actors or didn’t exist. Parents of the victims said that his statements incited his fans to harass and attack them.

In court, Jones testified that he sincerely thought the shooting could have been a hoax when he made those statements, but now believes it happened. He has not issued an apology to the 8 families that brought the suits.

In Texas, a court ordered Jones to pay $49million in damages.

In Connecticut, a jury awarded the families $965million in compensatory damages. The judge in the case later tacked on an additional $473million in punitive damages, bringing the total to about $1.44billion.

Jones also admitted to filing for bankruptcy on a recent episode of his show ‘InfoWars.’

‘I’m officially out of money, personally,’ Jones said on the air. He pleaded for his viewers to purchase merchandise from his website’s online store to help raise funds for his legal defense.

‘Like every other cowardly move Alex Jones has made, this bankruptcy will not work,’ plaintiff’s attorney Chris Mattei stated. ‘The bankruptcy system does not protect anyone who engages in intentional and egregious attacks on others, as Mr. Jones did.’

More than a third of A-level results were downgraded

'Happiest day of my life' – Woman who first came to Ireland as part of Chernobyl Children's Project among 2,000 new citizens