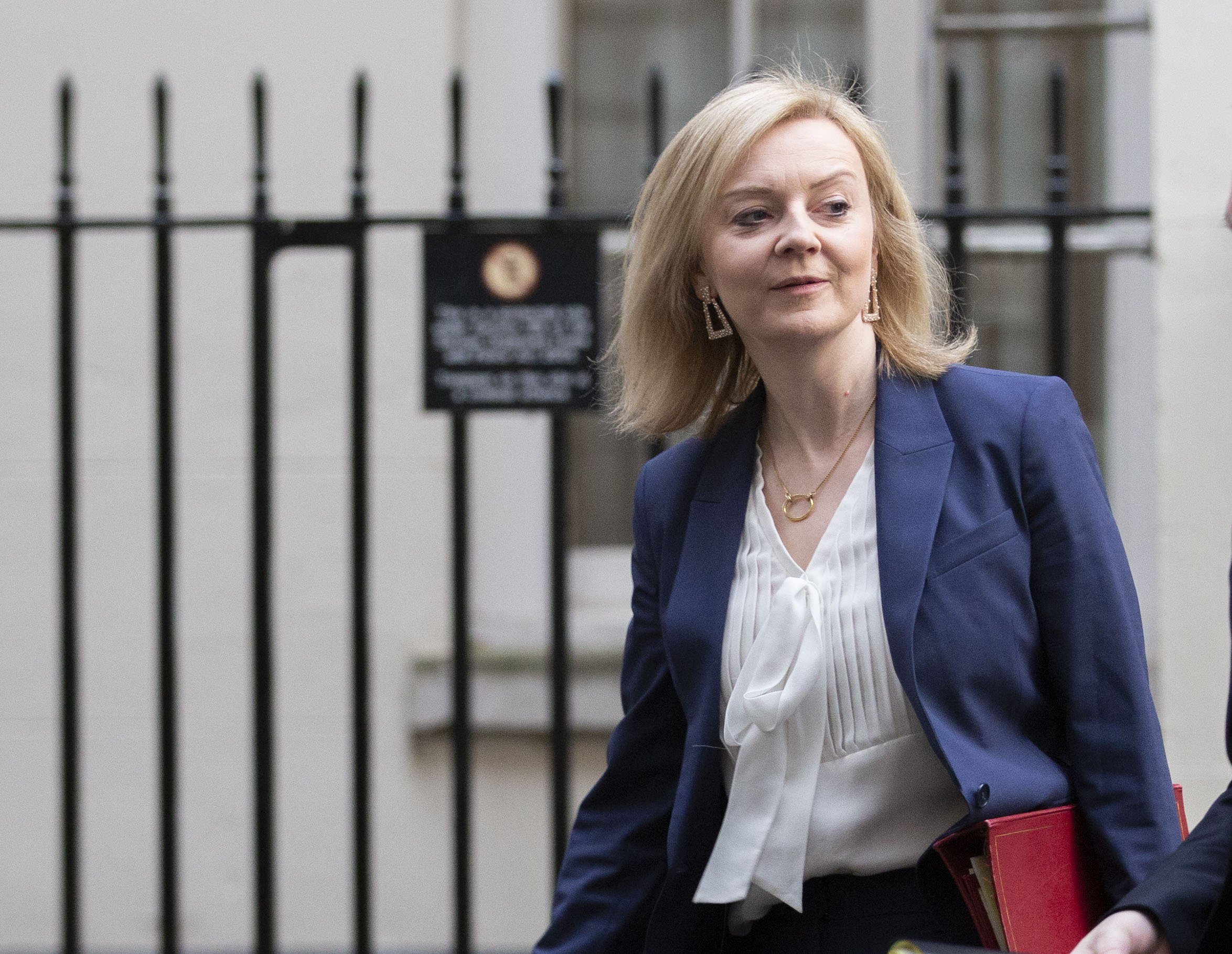 UK nationals are being told to leave Ukraine immediately over fears war could be imminent.

It comes after Vladimir Putin moved to recognise pro-Russia breakaway republics in the east of the country, a move widely seen as a precursor to military action.

Moscow has stationed as many as 190,000 troops on the border and tanks have been seen inside Ukrainian territory overnight.

There has been an uptick in fighting in the east of the country, with the Ukrainian military describing the last 24 hours as the most violent in years.

The Russian ambassador has been summoned to the foreign officer to explain the latest escalation.

Foreign secretary Liz Truss said: ‘The safety and security of British nationals in Ukraine is our top priority.

‘All Brits should leave now via commercial routes while they are still available.

‘We are bolstering our teams in the region to support British people as they leave and once they have crossed the border.’

The foreign office has already updated its advice to warn against any travel to Ukraine.

Boris Johnson is due to set out the first of a raft of sanctions against Russia in the Commons today.

The West’s response was given a huge boost this morning when Germany announced it was reviewing the Nord Stream 2 pipeline project, which would funnel gas into central Europe from Russia.

Ukraine and other Western country’s have long criticised the multi-billion pound infrastructure for giving Russia a stranglehold over European energy needs.

The UK’s assessment of the situation on the ground in Ukraine is bleak, with the government now openly predicting there will be a full military invasion.

A Downing Street spokesperson said: ‘We believe that Russia’s actions overnight could well be a precursor to a full-scale invasion, but clearly we want to continue to pursue any diplomatic avenues that exist, and we’ll be speaking to other world leaders.’