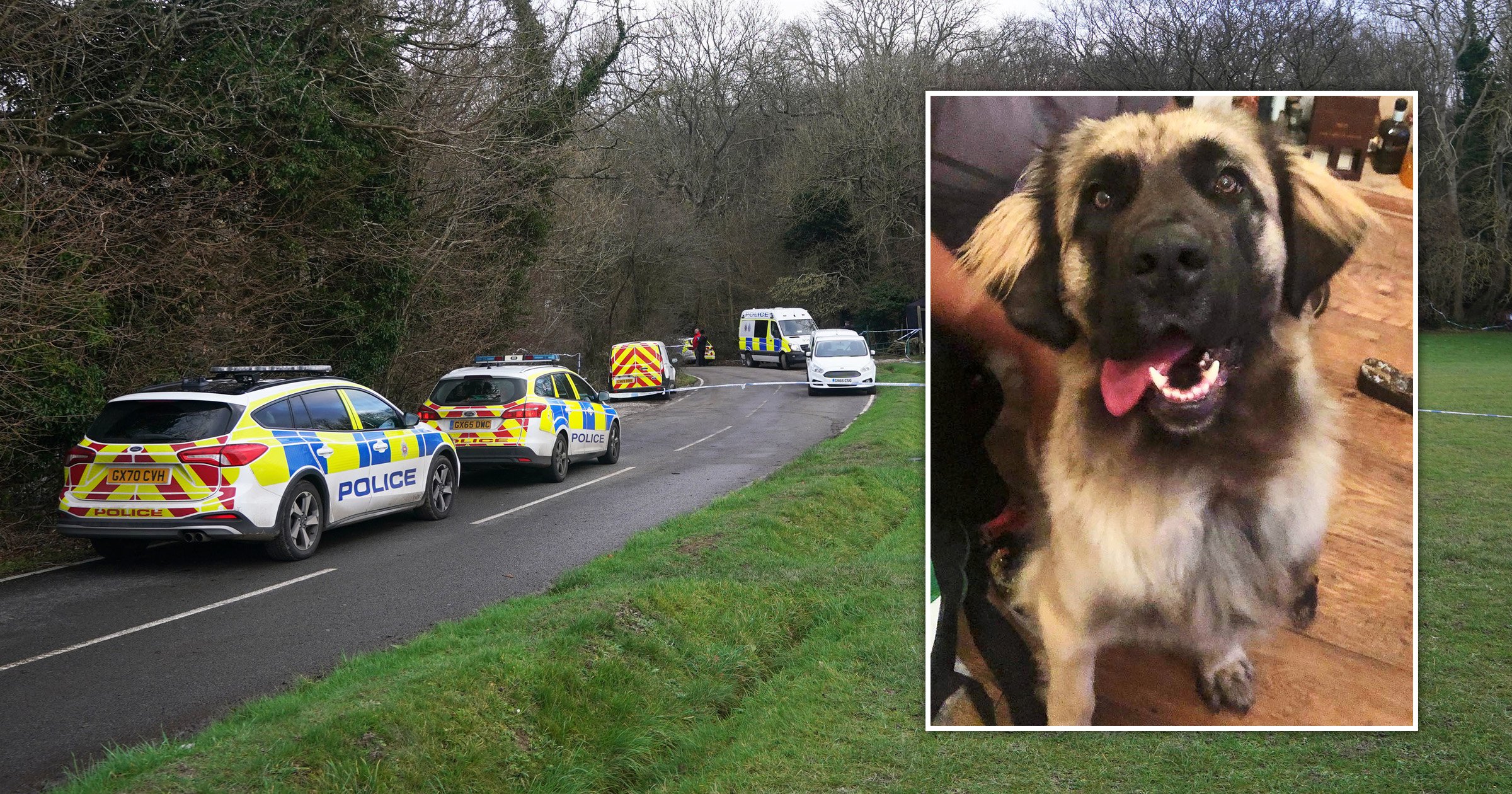 The eight dogs that were taken from their owners after a woman was mauled to death could be kept in kennels for the rest of the year.

The 28-year-old woman, who is yet to be named by police, was attacked while she walked the group around Gravelly Hill in Caterham, Surrey, on January 12.

However, it has not been determined which of the dogs were actually involved in the attack, or which one might have inflicted the fatal wound.

The Mail on Sunday reported that it would ‘realistically’ be at least 12 months before the pets are returned to their owners – and could be up to 18 months.

The newspaper said two pathologists were assigned to examine bite marks and scratches before they are compared to the dogs’ ‘dental forms’.

If any dogs are deemed too dangerous to be released, they could be destroyed by a court order.

It is believed the pack of dogs included two dachshunds, a cockapoo, a collie and a Leonberger – none of which are classed as dangerous.

The Leonberger is said to have been identified as Shiva, a dog that appeared on a BBC TV show as a puppy and was described by a vet in 2020 as a ‘giant girl with the sweetest nature ever’.

An eyewitness to the attack said the victim was ‘swamped by at least four medium-sized dogs, maybe more’.

The dogs were ‘attacking her, pulling her at arms and sides and she was screaming and shouting’, she added.

The witness said the incident was made even more chilling by the fact that none of the dogs were barking.

A second woman who is thought to have tried to help was taken to hospital for treatment after receiving dog bites, but was later discharged.

Why is Ikea struggling to stock shelves? Shortages in 1,000 product lines