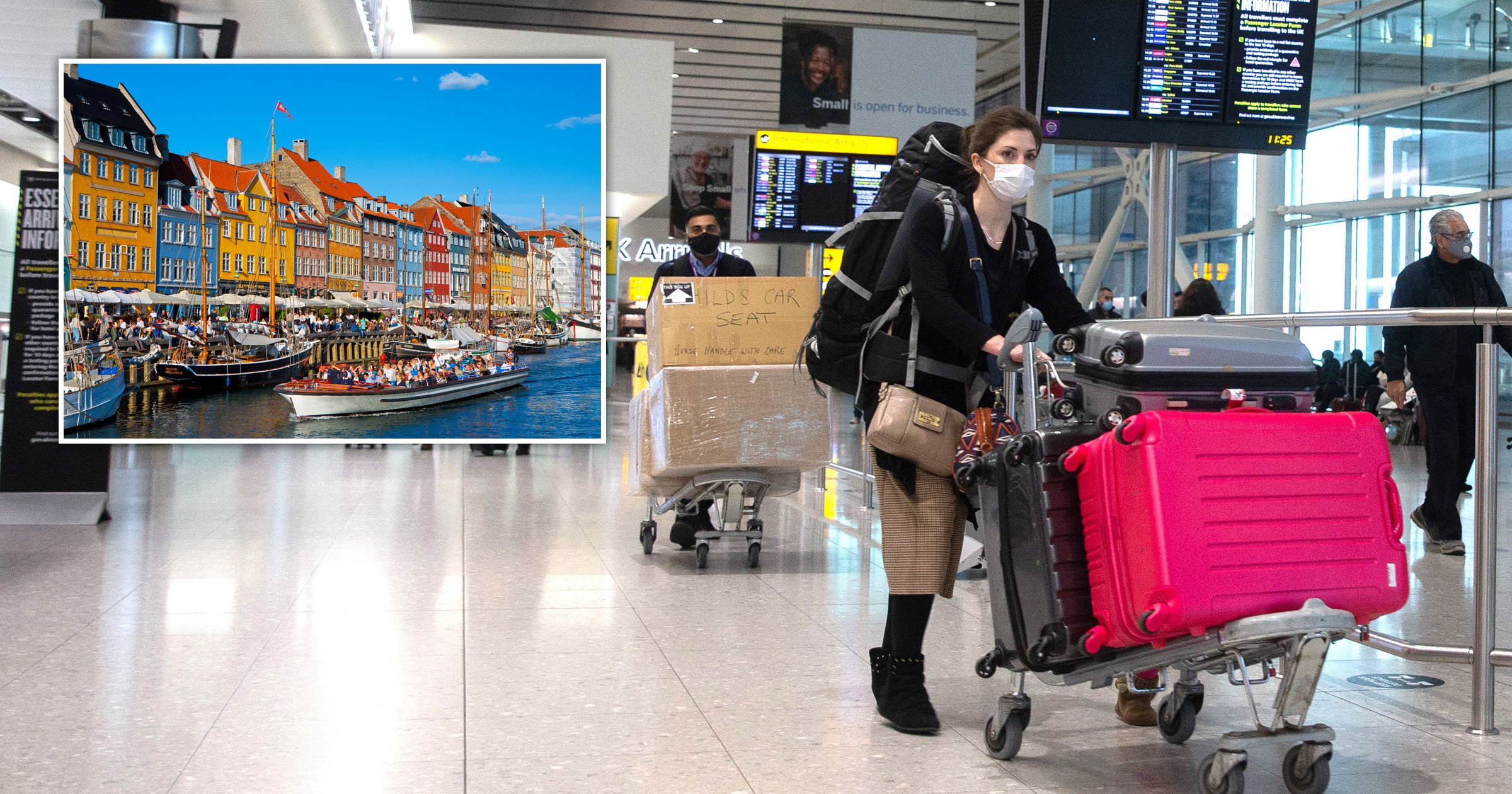 Denmark has moved all countries in Great Britain except for Wales to its travel red list, the country’s foreign office has announced.

It comes as Boris Johnson prepares to lift practically all Covid restrictions in England on Monday, including the mandatory wearing of face masks.

Scientists from across the globe held an emergency summit this week in which they called the Prime Minister’s plans for so-called ‘Freedom Day’ a threat to the world.

They said that as a major global transport hub, any variant that takes hold of Britain would soon spread to other countries.

Senior adviser to the World Health Organization, Prof José Martin-Moreno, told the online meeting: ‘We cannot understand why this is happening in spite of the scientific knowledge that you have.’

But Downing Street hopes to build a wall of immunity over the summer, as more people are vaccinated and others – particularly the young – recover from infections and develop antibodies.

Yesterday saw another 50,000 cases recorded in the UK – the highest daily rise since mid-January.

Today another 54,674 infections were confirmed by the Department of Health, while a further 41 people have died within 28 days of testing positive for the virus.

Thanks to the country’s high vaccination rate, deaths are rising at a much slower rate, but concerns still remain about a third wave spiralling out of control.

Despite the Government’s previously optimistic tone about unlocking restrictions on Monday, ministers and scientific advisers are now advising people to exercise caution next week.

The Prime Minister may have said his ‘roadmap’ out of lockdown is ‘irreversible’, but as scientists predict daily cases could reach 100,000 in a matter of weeks, further restrictions may be needed by September.

It is thought ministers made the last minute decision to keep cases of the Beta variant – first identified in South Africa – at bay.

Many double jabbed Brits were left furious when they learnt they would have to isolate at home for 10 days when they return.

GB News Boycott: Andrew Neil issues blistering warning – ‘There is a backlash on the way!’