Queen's grandchildren all 'special to her' says Roya Nikkhah

The Queen’s eight grandchildren joined together on Saturday evening to honour their beloved grandmother. The heir to the throne, Prince William led the way, as his cousins and younger brother followed suit. Speaking on BBC, folowing the vigil, The Sunday Times royal editor Roya Nikkhah claimed that despite the “pecking order” of her grandchildren, the late Queen saw them as “equal” to one another.

Speaking on BBC, Ms Nikkhah said: “You see William there in that very senior role, taking on, he’s now the heir to the throne, but what’s lovely about that tribute that we’ve just seen is, you know what, they are all equal grandchildren to the Queen.

“She didn’t have favourites.

“Just because one was more senior to the other in the pecking order, they were all incredibly special to her.”

She added: “I think it’s lovely that they’ve all agreed to do it together.” 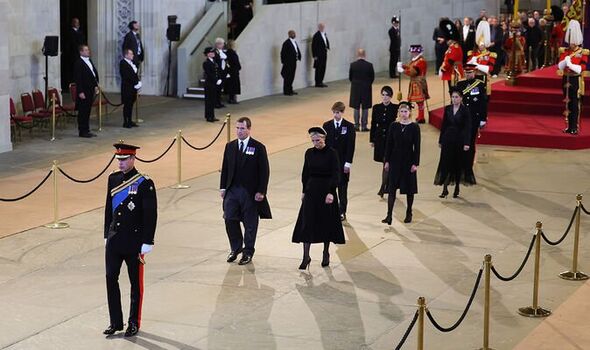 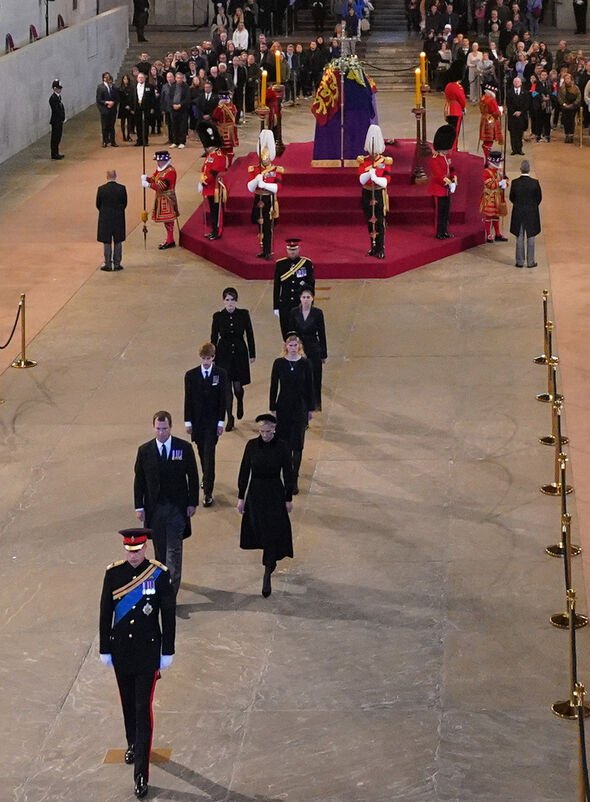 The Queen’s eight grandchildren all stood guard around her coffin in London, just hours after their parents held an emotional vigil in the same venue.

Ahead of the state funeral on Monday, the Duke of Sussex joined his brother, Prince William in wearing uniform around the coffin in Westminster Hall.

Royal sources claimed that Charles decided his youngest son could wear uniform for the vigil.

Sophie, Louise and James’ mother, could be seen in tears as she watched, from the sidelines, her son and daughter pay tribute to their late grandmother.

Princess Beatrice and Princess Eugenie, the daughters of Prince Andrew, were also in attendance, as were Zara and Peter, the two children of the Queen’s only daughter Princess Anne.

Sisters Beatrice and Eugenie paid tribute to their “beloved Grannie” today, and said she was a “loving hand on our backs leading us through this world”. 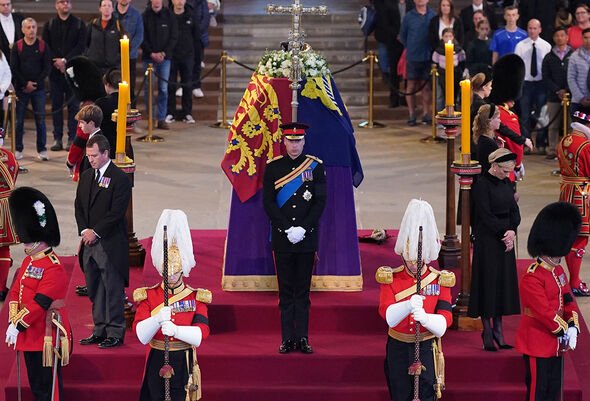 All eight are set to attend the Queen’s state funeral on Monday [September 19] at Westminster Abbey.

The funeral is scheduled to begin at 11am BST.

Emma Raducanu: 10 reasons why the young tennis sensation can claim victory over rival Leylah Fernandez in US Open final