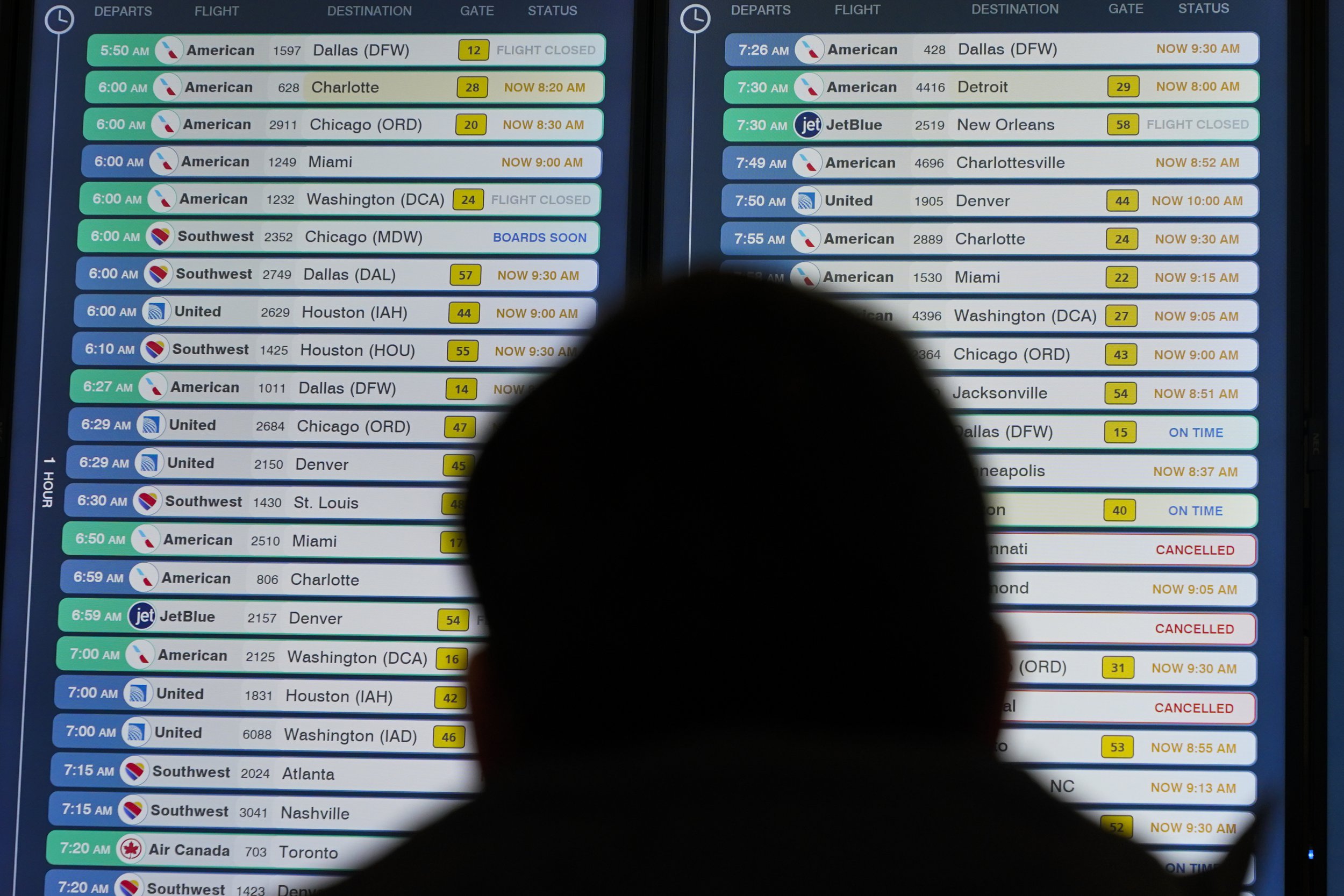 A single engineer who ‘replaced the wrong file’ is thought to be behind the thousands of cancelled flights in the US this week.

Passengers were left stranded at airports across the globe after the failure of the United States Notice to Air Missions (NOTAM) system.

Other travellers were stuck on the tarmac when planned departures were suddenly cancelled.

The NOTAM system informs pilots them of circumstances relating to the state of flying and are needed before a plane can take-off.

Before a plane takes off, pilots and airline dispatchers must review the notices, which include details about bad weather, runway closures or other temporary factors that could affect the flight.

The system was once telephone-based but moved online years ago.

Wednesday’s travel chaos was caused by a single engineer who ‘replaced one file with another,’ ABC News reports.

An official told the outlet: ‘It was an honest mistake that cost the country millions.’

The Federal Aviation Administration (FA)) said on Wednesday that preliminary indications ‘traced the outage to a damaged database file’.

It came after more than 9,000 flights were delayed and more than 1,300 cancelled throughout the day.

The system broke down late on Tuesday and was not fixed until mid-morning on Wednesday.

Transportation secretary Pete Buttigieg told a news conference that the problems ‘led to a ground stop because of the way safety information was moving through the system’.

After the failures were fixed, he warned that travellers could continue to see some effects ‘rippling through the system’.

Mr Buttigieg said his agency would try to learn why the system went down.

John Cox, a former airline pilot and aviation safety expert, said the industry has talked for years about trying to modernise the Notam system.

‘I’ve been flying 53 years. I’ve never heard the system go down like this,’ he said. ‘So something unusual happened.’

Wednesday was the latest headache for travellers in the US, who faced an even larger number of flight cancellations over the Christmas holiday due to a severe winter storm and a breakdown in crew-scheduling technology at Southwest Airlines.

Piers Morgan says Boris 'lie' to the Queen is treason

‘We were not as brave’: Woman drowned in Channel trying to save baby and fellow migrants