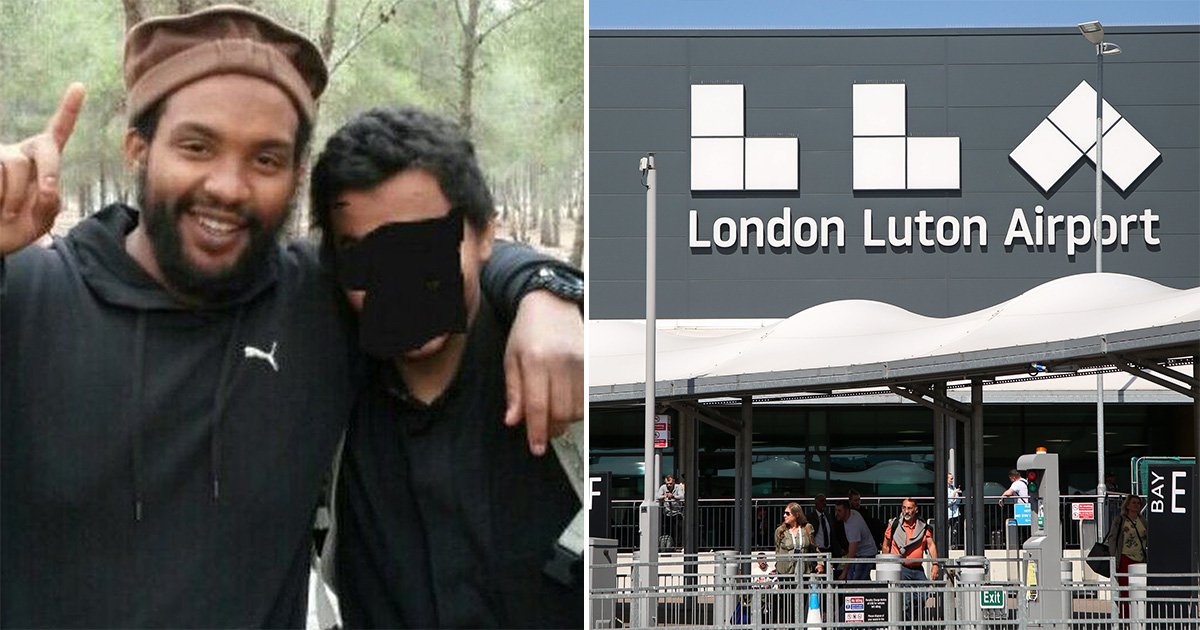 UK police have an alleged member of the Isis ‘Beatles’ terror cell in custody, according to a report.

Aine Davis is accused of being part of a notorious gang of extremists whose grotesque videos of brutal executions shocked the world.

Davis, now 38, travelled to the Middle East in 2013 as the radical group was sweeping across Iraq and Syria.

Born in west London, Davis has served a seven-and-a-half year sentence in a Turkish prison after being captured in Istanbul and convicted of membership of a terror group.

He was arrested stepping off a plane as he returned to the UK for the first time, the BBC reported, after it emerged he was due to be sent back to his country of birth.

During his trial, Davis denied being a member of the Beatles cell.

The Met said a man had been arrested after arriving in the country but did not confirm his identity.

A statement read: ‘Officers from the Met’s Counter Terrorism Command have today, Wednesday 10 August, arrested a man at Luton airport.

‘The 38-year-old man was arrested this evening after he arrived into the UK on a flight from Turkey.

‘He was arrested in relation to offences under sections 15, 17 and 57 of the Terrorism Act, 2000 and was taken to a south London police station, where he currently remains in police custody.’

The cell earned its nickname as their British accents gave away their nationality, despite efforts to protect their identities.

Authorities believe they guarded and tortured two dozen hostages, some of whom were executed, including by beheading.

Davis was radicalised in prison after being jailed for drug and gun offences in 2006.

He changed his name to Hamza and became acquainted with Mohammed Emwazi, the man who would go on to be nicknamed Jihadi John by the media.

Emwazi, who attended the same London mosque as Davis, was killed by a drone strike in Syria in 2015.

Two other members of the group were captured and put before judges in the US.

Alexanda Kotey is serving a life sentence and El Shafee Elsheikh is due to be sentenced this month in the US after being convicted in April.