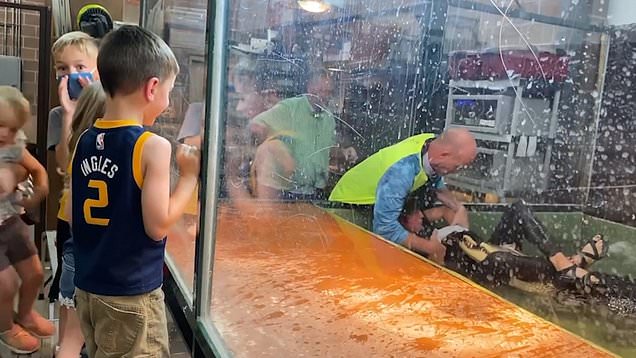 A child’s fifth birthday party almost ended in horror after an alligator turned on its handler in front of terrified youngsters at a reptile centre.

The unnamed employee had been talking to a group of adults and children about the eight-foot creature, named Darth Gator, at Scales & Tales in Salt Lake City, Utah, on Sunday.

Shocking footage taken by one of the guests shows the moment the alligator’s jaw clamped onto the woman’s hand as she tried to usher it back away from the enclosure’s entrance.

It then dragged the woman into the water and began rolling her over as another guest, Donnie Wiseman, shouted out: ‘Hey, we’ve got trouble in here.’ 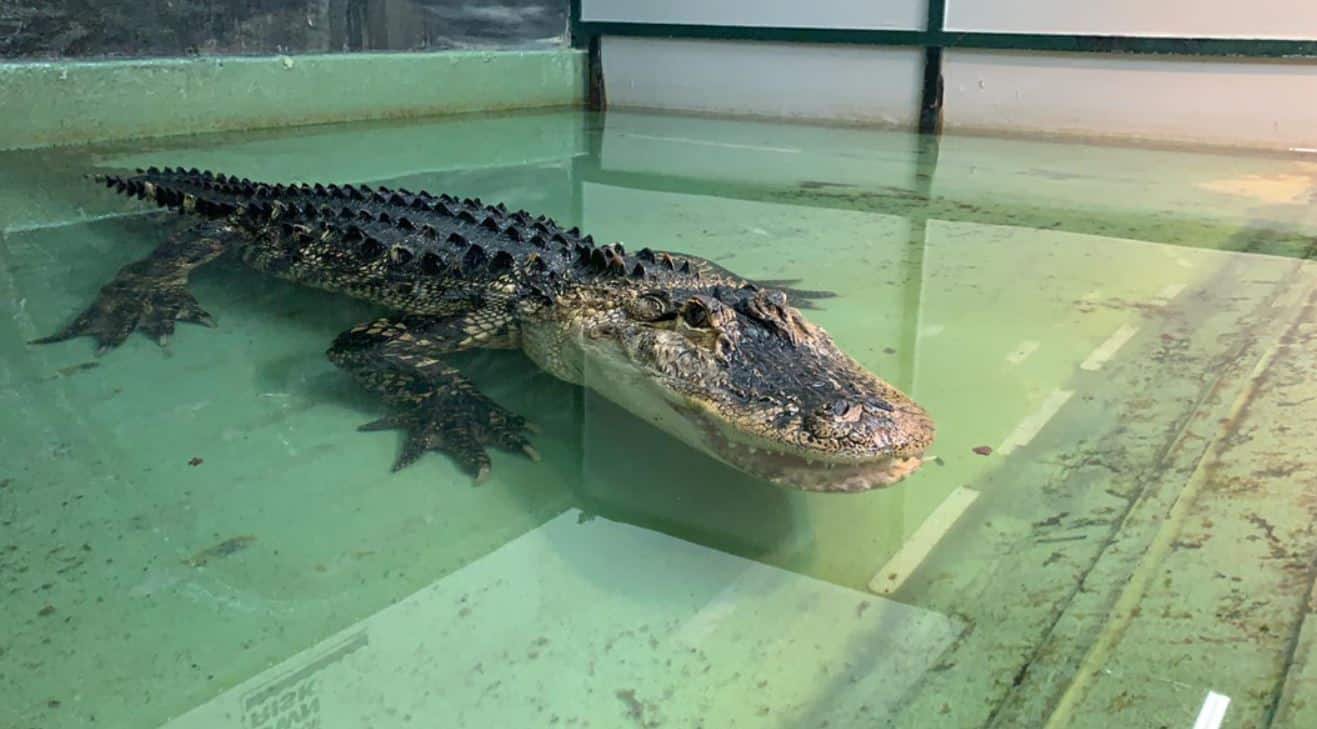 A woman can be seen pulling the children, some of whom are crying and calling out ‘mummy’, away from the plexi-glass enclosure as Mr Wiseman bravely leapt on top of the alligator.

After pinning the reptile, the cool-headed handler gave him and another man instructions to help her escape from the pool.

Mr Wiseman could be heard asking ‘Now what do I do?’ as he was briefly left alone in the water with the huge gator.

After another struggle with the reptile, he managed to jump to his feet and hop out of the enclosure.

Speaking about the encounter afterwards, Mr Wiseman told KJZZ.com that the handler was the real hero, adding: ‘She was so professional and trained and knew what to do in a situation like that.

According to its website, Scales & Tails Utah is a family-run operation that provides educational presentations on reptiles, birds, spiders and scorpions.

It hailed the two men who rushed to the handler’s aid.

The company said in a statement: ‘These gentlemen could have stayed in the safety zone as most of us would, but instead jumped into the situation, of their own volition, and helped secure the alligator.

‘Their help, combined with the training of our staff member, probably saved her life and her limbs.’

The handler suffered damage to her hand but is recovering in hospital.