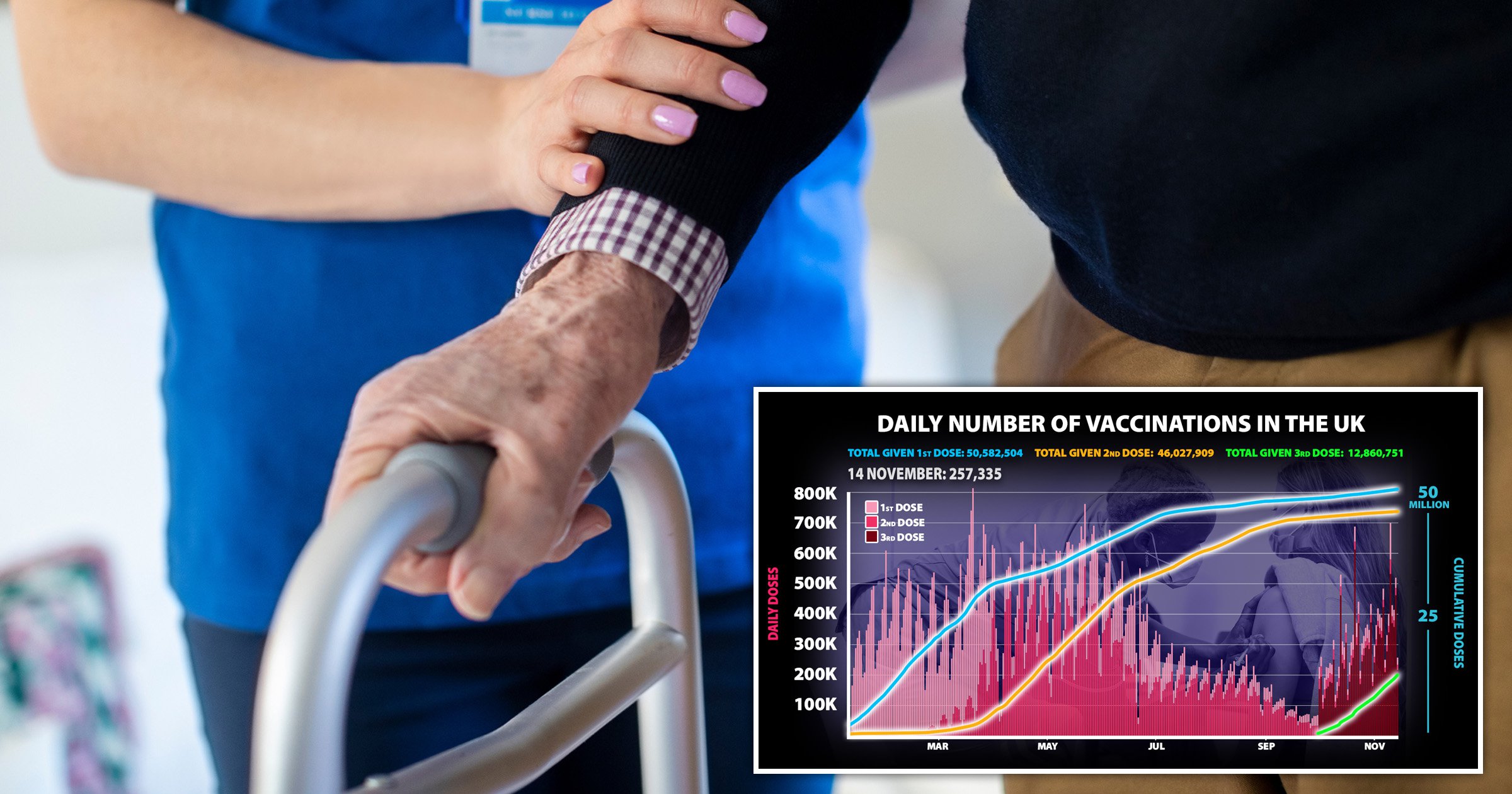 Almost 4,000 care home staff in England lost their jobs last week after refusing to be vaccinated.

Since November 11, it has been mandatory for people working with vulnerable people to have had both jabs.

The government’s announcement of the rule change led to a surge in uptake among the minority who still weren’t protected but thousands seemingly chose to be sacked instead.

Figures covering the seven days from the deadline for workers to get both jabs reveal 3,743 fewer people are working in the sector.

The NHS England data, which covers up to November 14, is the first to be released that includes the November 11 deadline.

Since the cut off for staff to get their first dose in mid-September there are thought to be more than 7,800 fewer staff working in care homes in England.

The new data confirms almost half (48%) of the losses since mid-September occurred within the latest week, leading to fears about staffing levels in homes.

There could be more to come as the data shows 42,900 workers were recorded as being not fully vaccinated as of last week’s deadline, around 7.5% of the workforce.

Of these, several thousand are understood to have self-certified as medically exempt or to have applied for formal proof.

There will be some staff whose vaccination status is unknown, while there may also be a time lag in some vaccinations being reported, NHS England said.

Earlier this month the government announced all NHS staff working with patients must be double-jabbed by April 1.

As of November 10, there were 73,000 health service workers recorded as being unvaccinated, although that number is likely to have fallen.

Health secretary Sajid Javid conceded the change could lead to ‘workforce pressure’ but said health staff ‘carry a unique responsibility’ in the work they do and ‘we must avoid preventable harm’.