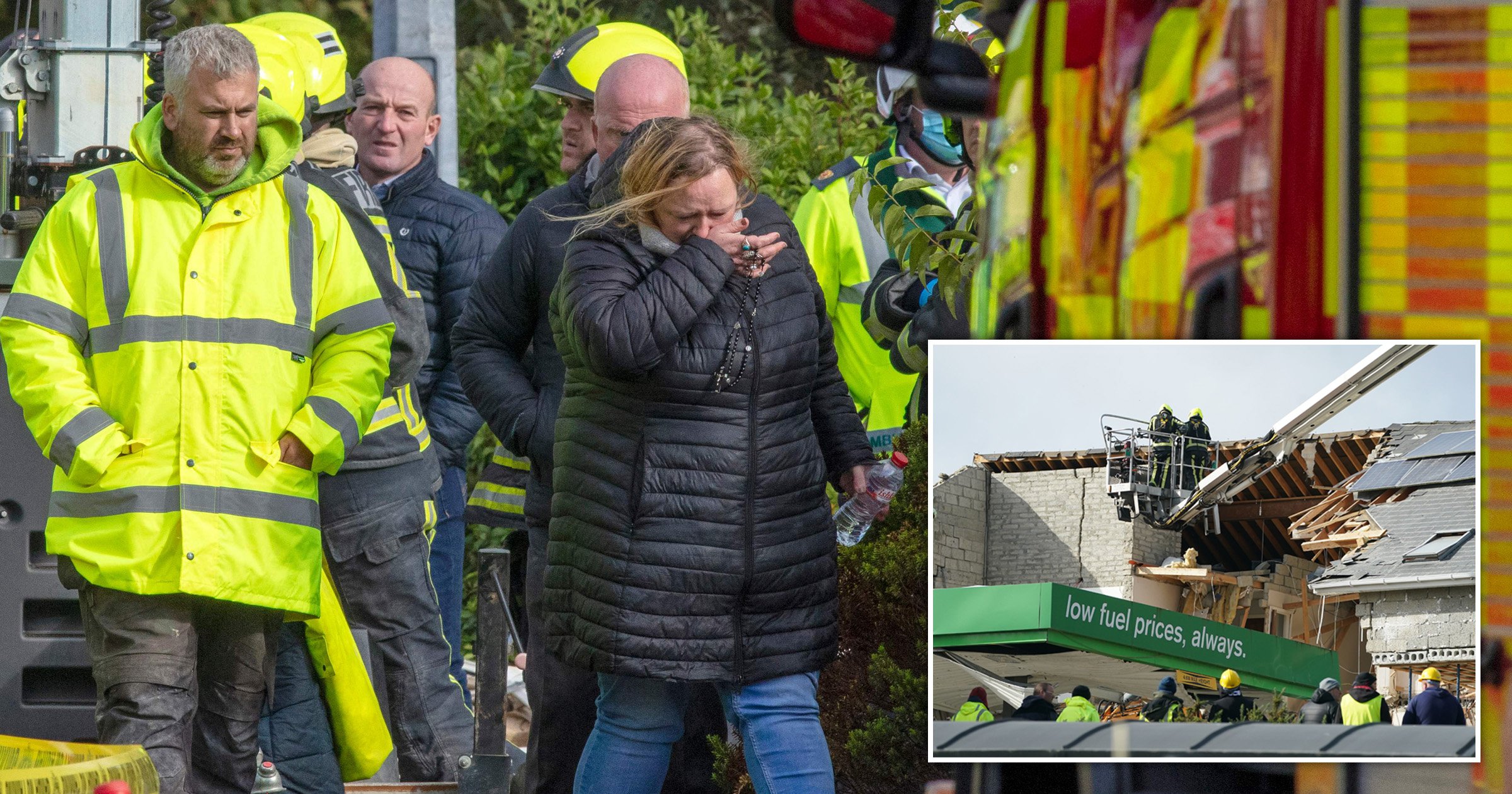 Nearly £80,000 has been raised for the victims and families of the Ireland petrol station explosion.

Gerard McFadden, who lives in Brisbane, Australia, set up a fundraiser following the blast at a service station in County Donegal.

It claimed the lives of ten people, including a schoolgirl and two teenagers, and left eight in hospital.

The fundraiser has already quadrupled its goal of raising around £17,000 in just 18 hours.

Donations of more than £4,000 have been contributed, with Mr McFadden saying he was ‘overwhelmed’ with the amount of support.

He wrote: ‘I woke up this morning to the devastating news that an explosion in Applegreen garage has claimed multiple lives and injuries in my home town of Creeslough Co Donegal Ireland.

‘I would like to raise as much funds as possible to help the families of the deceased and injured through these challenging times ahead.

‘Thoughts and prayers are with the families and the community.’

Tributes have been flooding in for those killed in the tragedy, with two of the victims being named today.

Teenager Leona Harper and 23-year-old Jessica Gallagher both lost their lives in the suspected gas blast.

Leona was described as a ‘talented rugby player’ by her team on Facebook and brother Anthony said he ‘couldn’t have asked for a better little sister’.

Jessica, a Creeslough native, reportedly lived in the apartment above the petrol station with her boyfriend.

Her devastated loved-ones have described her as a ‘lovely girl’ who had ‘a lot of friends’.

They have also confirmed the rescue operation has now ended.

Ireland’s Minister for Health said he is ‘stunned and saddened’ by the tragedy.

Stephen Donnelly said in a statement: ‘I wish to express my deepest sympathies to all of those who have been affected by the terrible tragedy that happened in Creeslough, Co Donegal.

‘Like many across the country, I’m stunned and saddened by the harrowing events that occurred yesterday.

‘All of my thoughts and prayers are with the families who have lost loved ones, those recovering, and the local community of Creeslough.’

10 Covid hotspots with the biggest rise in cases in England