To dispel the myth and encourage people to kick the habit or take up e-cigarettes instead, Public Health England (PHE) has produced a film showing how the toxic chemicals and tar inhaled by an average smoker in just one month compares with not smoking or vaping.

It features an experiment mimicking the effects of inhaling tobacco smoke, e-cigarette vape and normal air into the lungs, with the lungs represented by three bell jars filled with cotton wool.

Each bell jar is attached to a diaphragm pump providing a continual and equal draw of air through each bell jar – one set up to “smoke” tobacco cigarettes, another to “vape” e-cigarettes and the third used as the control with only air drawn through it. 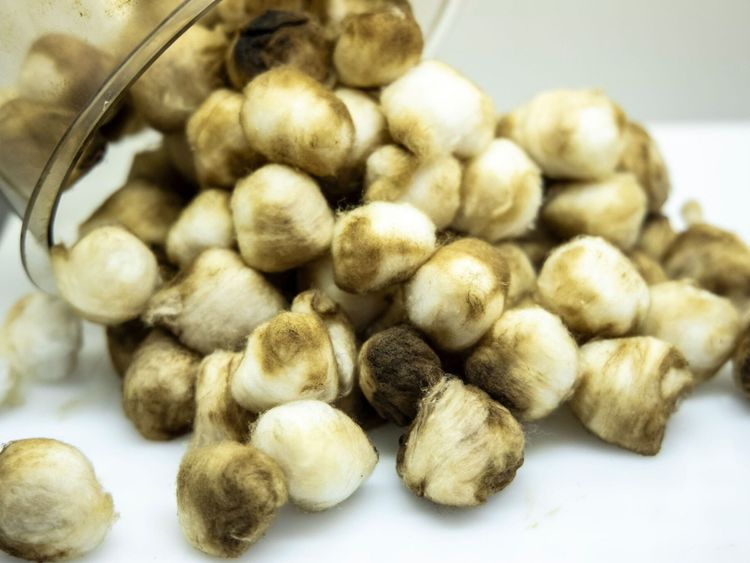 In comparison, the cotton wool in the e-cigarette bell jar remains practically unchanged, with some water vapour on it and very slight discolouration from the colouring in the e-liquid.

The inside of the bell jar had a few droplets of water vapour, while the “control” bell jar is entirely unchanged.

PHE director of health improvement Professor John Newton said the experiment visually illustrates the stark contrast between the impacts of smoking and vaping. 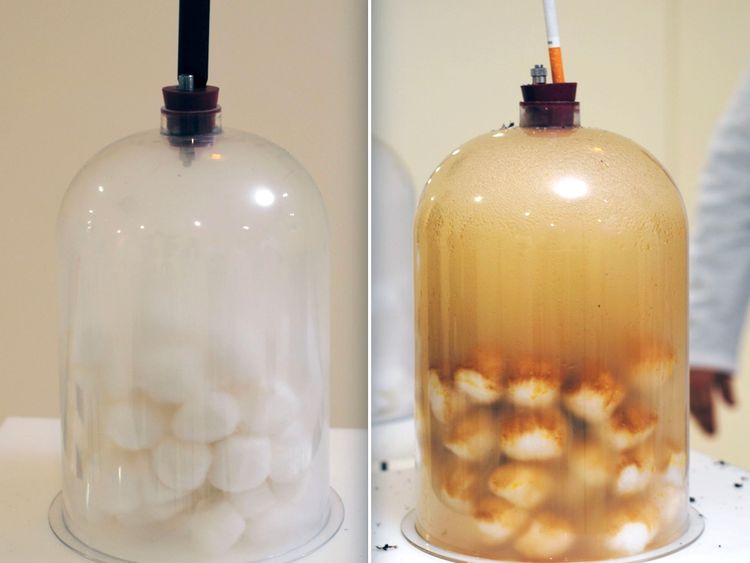 Research estimates that, while not risk-free, vaping is at least 95% less harmful than smoking.

Prof Newton said: “It would be tragic if thousands of smokers who could quit with the help of an e-cigarette are being put off due to false fears about safety.

“We need to reassure smokers that switching to an e-cigarette would be much less harmful than smoking.

“This demonstration highlights the devastating harms caused by every cigarette and helps people see that vaping is likely to pose only a fraction of the risk.”

“The evidence is clear that e-cigarettes are far less harmful than smoking and they are the most popular quitting method in England. When paired with local stop-smoking services, they have some of the highest success rates.”

PHE said anyone who wants to try to quit smoking should search “smokefree” on the internet to find the best way to suit them.