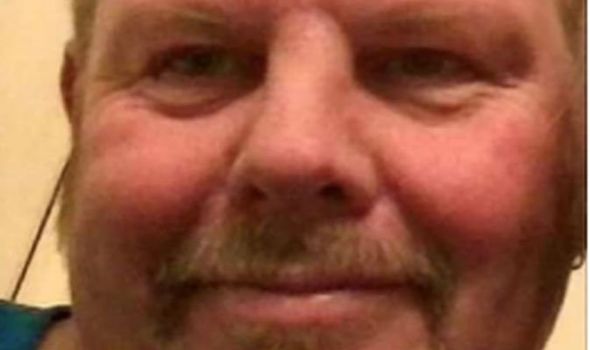 Andrew Woolhouse, 55, died at University Hospital of Wales (UHW) in Roath, Cardiff, having been admitted there nearly a month earlier after testing positive for coronavirus. An inquest into his death yesterday heard Mr Woolhouse had worked as a porter for five years at a different hospital.

The dad of two became unwell with a hernia in late 2020 and took a leave of absence at University Hospital Llandough.

As part of a phased return to work, he had begun working on the reception desk at the hospital in October last year and carried out “light duties”.

However, he took a PCR test on December 20 and a positive result for coronavirus was returned the following day. He had received the first dose of his Covid vaccine just one week previous.

Mr Woolhouse’s health declined, he was transferred to intensive care and placed on a ventilator while part of his bowel was also removed due to ischemia.

However, on January 23, he was moved onto palliative treatment and was pronounced dead at 11.40pm, Wales Online reports.

The inquest at Pontypridd Coroner’s Court heard a patient from the mental health ward at University Hospital Llandough had approached Mr Woolhouse and told him “I have Covid” before laughing at him. This happened a few weeks before Mr Woolhouse tested positive for the contagious disease.

But Mr Woolhouse, from Llanrumney, Cardiff, used PPE at work, including gloves, aprons, face masks and hand sanitiser. The hospital was also not admitting visitors and the porter had minimal patient contact.

Rachel Daniel, health and safety adviser, told the inquest there was “limited evidence that he contracted Covid from work-related exposure”.

Paying tribute to Mr Woolhouse after his death in January, the chief executive of the Cardiff and Vale health board, Len Richards, described him as “hardworking and well-respected”.

Other statements submitted by Mr Woolhouse’s colleagues said that he “was always smiling” and would be “greatly missed”.

Coroner Rachel Knight extended her condolences to the deceased’s family before recording a medical cause of death as 1a. Covid pneumonitis and 2. hypertension. She recorded a conclusion of death by natural causes.

“Mr Woolhouse was risk-assessed and preventative measures were put in place,” she said. “There is insufficient evidence to determine the cause of the infection but my conclusion is covered by the medical cause of death.”

Royal fury: How Charles and Andrew ‘used temper to get own way in Palace’