A weather warning for rain, snow and ice has been declared by the Met Office for parts of the UK.

The amber message has been issued with people warned that there will be heavy flooding, with a ‘good chance’ of people being cut off.

Parts of Scotland have been warned that the heavy rain will lead to difficult driving conditions and possible road closures.

The yellow warning will be in place from midnight tonight until 9pm on Friday.

The Met Office said it will be likely there will be delays and some cancellations to train and bus services. 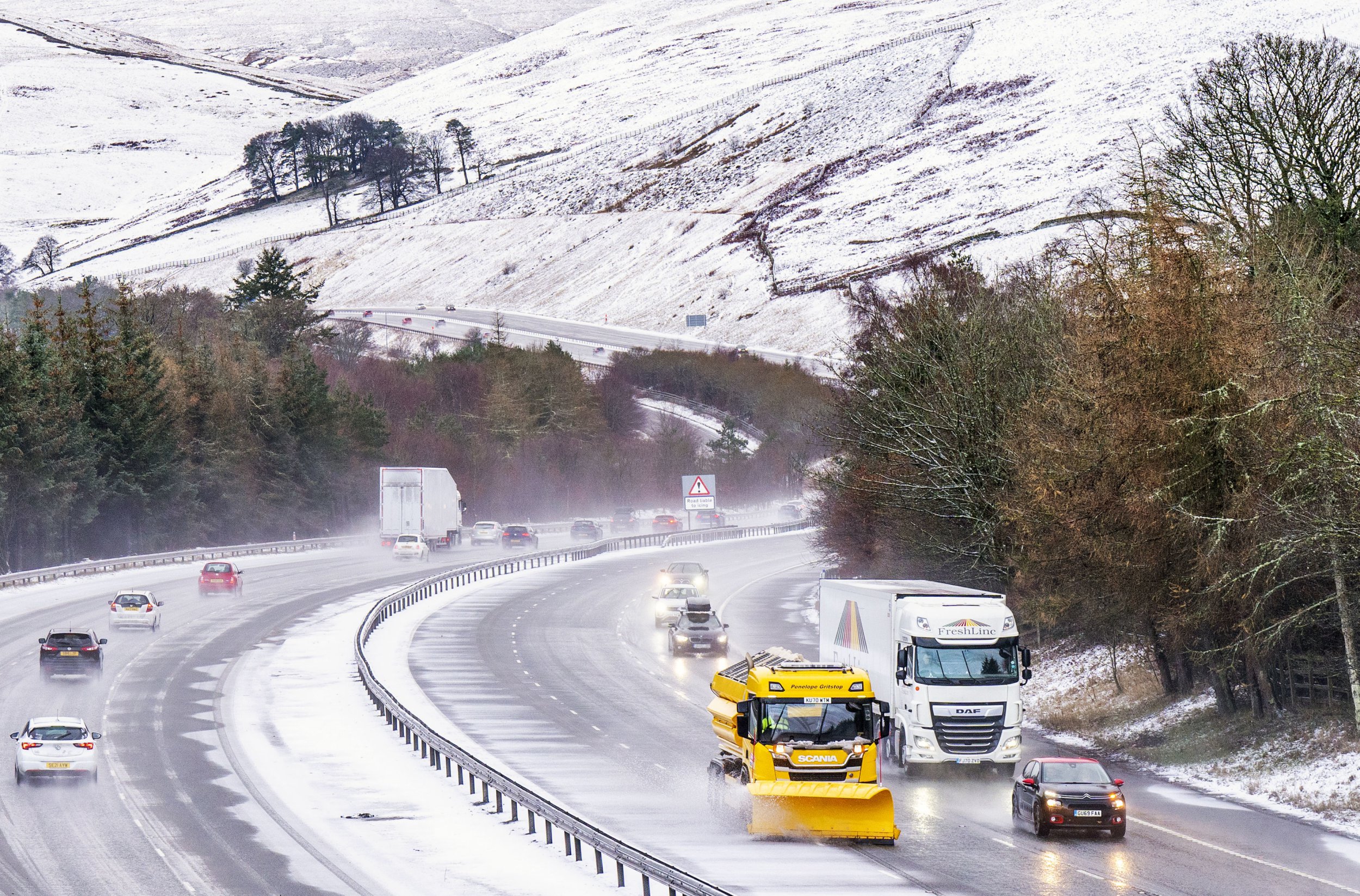 It added that homes and businesses are likely to be flooded, causing damage to some buildings.

People who live in rural areas have also been told there is a ‘good chance’ their communities will be cut off by flooded roads, and that fast-flowing or deep floodwater could cause a ‘danger to life.’

The weather warning comes as the UK braces itself for the fall-out from the deadly bomb cyclone that has sent temperatures plunging in the US.

At least 28 people are known to have died due to the deadly bomb cyclone across the Atlantic.

It has caused unprecedented snowfall and is also causing the UK to experience wet and windy weather, the Met Office said.

Tomorrow Scotland will be drenched by heavy rainfall for 15 hours from 3am, with the Met Office issuing a yellow warning for Edinburgh, Glasgow and Stirling.

Meteorologist Simon Patridge said the wet and windy weather is down to the bomb cyclone across the pond.

He said: ‘The UK weather is going to remain unsettled with further spells of wet and windy weather due to the strengthening of the jet stream because of the weather in the US.’

More than 70 people have been killed as the intense winter storm sweeps across the US, bringing dangerous blizzards, winds and frigid conditions.

But Patridge stressed that the UK weather being impacted by the tail of the cyclone bomb is no cause for concern.

‘The effect it’s having on the UK is nowhere near as dramatic because that system has brought up a lot of cold air farther south, across the US,’ he said.

Usually, a bomb cyclone in the US wouldn’t impact the UK weather, but this one has intensified the North Atlantic jet stream.

The let stream is a core of strong winds that blow from west to east around five to seven miles above the Earth’s surface.

‘What effect (the bomb cyclone) has had is to strengthen the jet stream because the jet stream is basically driven by temperature differences,’ Partridge added.

‘So the starker the difference in temperature between the northern edge of it and southern edge, the stronger the jet stream becomes.’

Today is forecast to be colder than yesterday, with patches of sunshine and heavy showers in northern Scotland and western England.

Thursday will also have a ‘cooler feeling day’ and be ‘still rather windy and with showers’ across the UK, Patridge said.

Expect things to be unsettled tomorrow to Sunday, with snow dusting the HIghlands, showers and rain in southern England and fog and frost overnight.

Here is when Winter 2022 officially starts