The offer for Britain’s fourth ­largest supermarket has been branded the biggest shake-up in the grocery sector for over a decade. However, MPs and unions called for the deal to be closely scrutinised, with guarantees to protect jobs, pensions and conditions. The supermarket has nearly 500 stores and 110,000 employees. The offer comes three months after the £6.8billion takeover of the third largest supermarket Asda by a private equity consortium fronted by Blackburn-based petrol station billionaire brothers Mohsin and Zuber Issa.

The offer for Morrisons was led by Softbank-owned Fortress. It has partnered with Canada Pension Plan Investment Board and Koch Real Estate Investments, owned by billionaire US industrialists known for their libertarian and conservative activism.

Richard Lim, the chief executive of research ­consultancy Retail Economics said: “This signals the biggest shake-up in the UK grocery ­sector for over a decade.

“The grocery sector is transitioning through a period of enormous change as the impact of the pandemic has shifted buying behaviour.”

He added: “Navigating the fast-paced change in market dynamics, customer behaviour and the ­pressures on the food supply chain in ­a post-Brexit environment will be no easy feat.”

Fortress has invested in grocery retail in both North America and Europe, and in Majestic Wine in ­the UK.

Its offer is higher than the £5.52billion takeover proposal from US private equity firm Clayton, Dubilier & Rice which Morrisons directors threw out on 19 June for being far too low. 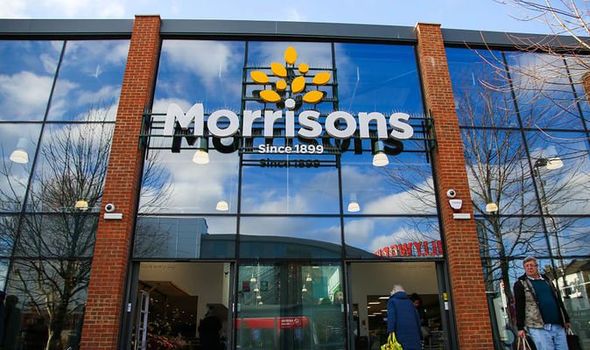 It is not clear if CD&R will come back with a renewed bid.

Fortress vowed to keep Morrisons’ head office in Bradford, keep the management team and was “fully supportive” of the ­company’s recent increase in pay to £10 an hour for shop-floor staff.

However, Morrisons owns most of the buildings which house its stores, making it a valuable target for private equity buyers who might want to turn a quick profit by ­selling outlets which the supermarket would then have to lease back. Fortress attempted to allay concerns, saying it did not anticipate engaging in any material sale ­and leaseback transactions of Morrisons stores.

Andrew Higginson, chairman of Morrisons, said: “It’s clear to us that Fortress has a full understanding and appreciation of the fundamental character of Morrisons.

“This, together with the very clear intentions they have set out today, has given the Morrisons directors confidence that Fortress will support and accelerate our plans to develop and strengthen Morrisons further.”

Seema Malhotra, shadow minister for business and consumers, said: “Britain’s supermarkets provide an essential national service and the Covid crisis has highlighted their importance to customers, communities and our retail and farming industries.

“Any takeover bid must therefore be closely scrutinised by the Government.”

Adrian Jones, Unite national officer representing Morrisons warehouse and distribution workers, said: “We won’t allow another takeover of a strong UK business and see the workers trampled over as the boardroom and shareholders rush towards their bonanzas.

“Morrisons is unique in UK supermarkets in that it owns its supply chain from the farm to the warehouse.

“Morrisons workers have made this business strong and profitable – they deserve to have ­their dedication rewarded by ­the owners.”